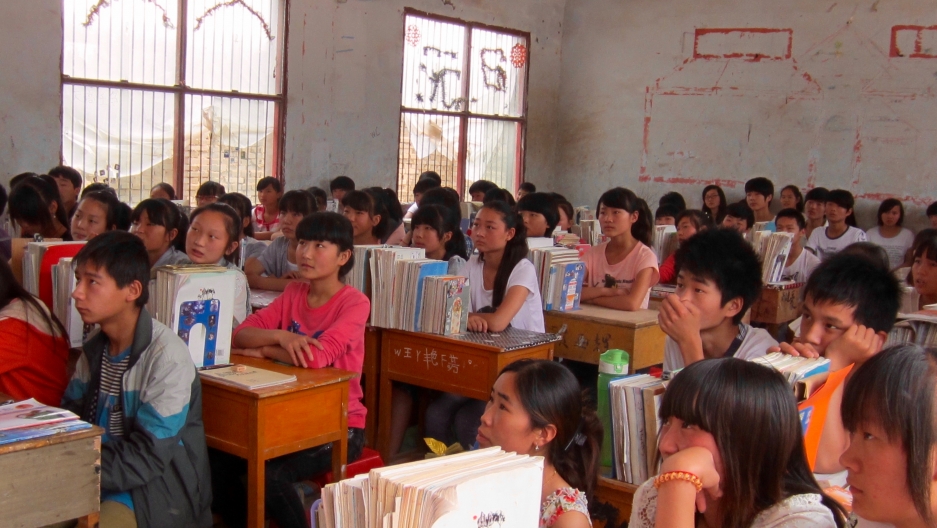 Securing a spot in an elite Shanghai kindergarten for their 3-year-old boy wasn't going to be easy. But Lenora Chu and her husband were determined. Besides, the school was just down the street from where the two American journalists lived in the world's biggest city.

It was the school for high-ranking Chinese government officials, celebrities and wealthy businesspeople, Chu writes in her new book, "Little Soldiers: An American Boy, a Chinese School, and the Global Race to Achieve."

"When I peeked through the school's gates, I imagined the future leaders of China sitting inside its classrooms, being drilled in Mandarin characters, eating noodles and rice, and napping in canvas cots. If China's leadership trust their offspring to this school, I thought, it must certainly be the best early education experience the country has to offer."

Persistence paid off. After many failed attempts, Chu finally managed to get an interview with the school principal that helped her land a spot for her son, Rainey. But almost as soon as classes began came the anxiety, confusion and stress of navigating a very different educational environment, even if Chu herself grew up in a Chinese American family.

Chu's book is part personal tale, about the ups and downs of putting her US-born child through a Chinese school system that can be cold, fiercely competitive and even outright authoritarian at times. But on that score, the author doesn't end up where she began. The other part of Chu's book is about the Chinese education system more broadly, which she describes in very human detail. And she comes away with a complex view about both what's wrong with the Chinese system, and where the American system might learn from it.

Below is the full text of the prologue from Chu's new book.

"Little Soldiers" by PRI's The World on Scribd