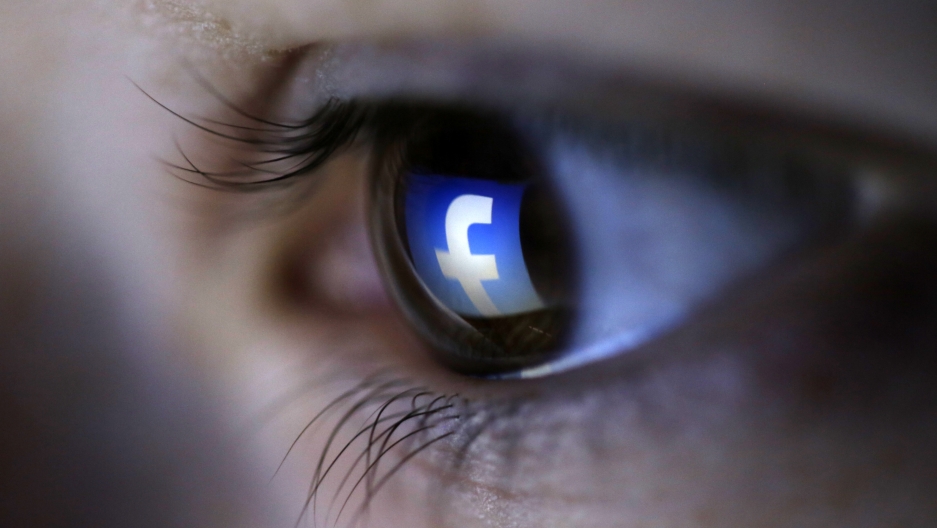 A picture illustration shows a Facebook logo reflected in a person's eye, in Zenica, March 13, 2015.
Credit:

When Micah White, the co-creator of the Occupy Wall Street movement, received an email from a freelance reporter requesting an interview for the website BlackMattersUS, he didn’t think much of it.

On its website, BlackMattersUS describes itself as a “nonprofit news outlet that delivers raw and original information on the most urgent issues important to the African-American community in America.”

As a prominent activist and — at the time — author of a new book ("The End of Protest: A New Playbook for Revolution"), White was accustomed to such requests and agreed to a phone interview.

It wasn’t until the interview itself, with a reporter going by the name Yan Big Davis, that White became skeptical.

“The interview was strange,” White said. “It sounded like ... he was calling from a long distance. The call quality was bad.”

White was also struck by the man’s accent.

“At the time I [thought], ‘He must be an African in America,’” White said. “‘He’s a black African in America, and that’s why he’s interested in racism in America.’ I created this whole mental justification in my head as to why he was not a native English speaker.”

Davis was more likely Russian and working for the Kremlin-linked Internet Research Agency.

Russia’s most infamous troll farm has thus far been the primary suspect behind widely reported attempts to influence the 2016 US presidential election through social media.

According to an extensive investigative report by Russian business magazine RCB, the Internet Research Agency ventured beyond the virtual world in its attempt to influence the US elections, operating groups like BlackMattersUS to recruit unwitting US-based activists and stoke racial and other tensions in the country.

White, for example, was asked to promote some protests organized by the BlackMattersUS.

“I didn’t do anything further [after the interview] because ... there was just something so weird about the interaction that ... from that point forward, [I] kept my distance,” White said.

But other Americans were successfully recruited to organize rallies and other actions on the group's behalf.

Conrad James, an activist who runs the Raleigh, North Carolina-based nonprofit, Living Ultra-Violet, was contacted by BlackMattersUS “to speak at a rally in September 2016 after the death of Keith Lamont Scott, a black man who was shot by police in Charlotte,” and ended up organizing two rallies for the organization, BuzzFeed news reports.

Congressional investigators told ABC News last week that BlackMattersUS was just one of several groups used by Russian operatives “to reach out directly to unwitting individual Americans engaged in political activism and, in this case, encourage them to help organize rallies, train in self-defense and create music videos. In some cases, those activists even received financial backing.” Black Fist was another such group.

Various social media accounts associated with the groups have since been suspended.

But activists like White worry the damage may be done.

“Personally, I think that it's disturbing because ... it calls into question the legitimacy of American protest,” White said.

“From this point forward, I think that people will have to say, ‘Wait, is that a real protest or is that a Russian-funded protest?’ I think that that's a really troubling situation to be in as an American activist ... and I think that by undermining the legitimacy of protest in America, you actually undermine American democracy,” White said. “I think that that could be one of the goals of the Russian trolls.”