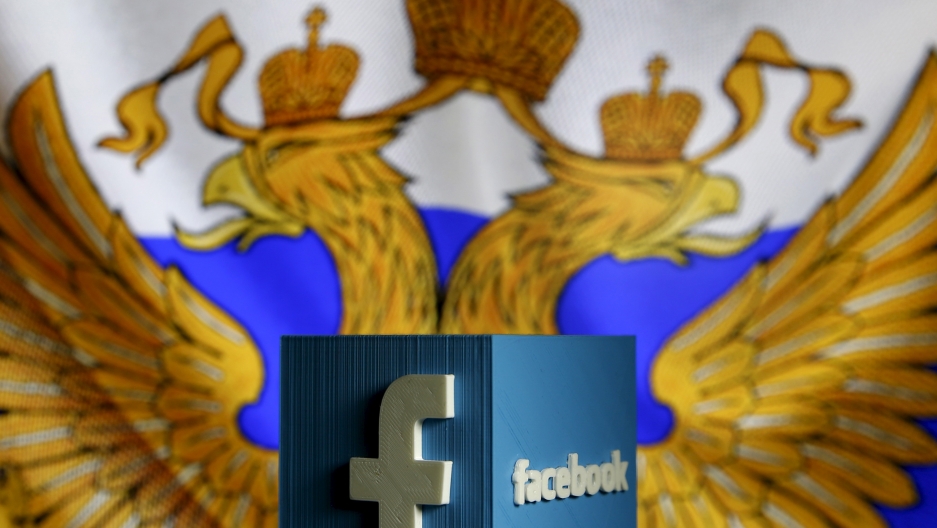 The Facebook logo is seen in front of a Russian flag in this photo illustration taken in Zenica, Bosnia and Herzegovina, May 22, 2015.

A British parliamentary committee investigating "fake news" and suspected foreign interference in politics said Tuesday it has asked Facebook for details on Russian-linked ads used during the Brexit vote and June's general election.

Damian Collins, the chairman of the digital, culture, media and sport committee, said the information he requested was similar to that already provided by the social media giant to US Senate committees looking into last year's US presidential election.

In the letter to Facebook chief executive Mark Zuckerberg, Collins noted that his committee was currently undertaking an inquiry into the "phenomenon of fake news."

"Part of this inquiry will focus on the role of foreign actors abusing platforms such as yours to interfere in the political discourse of other nations," he said.

"It is for this reason that I am requesting that Facebook provides to my committee details relating to any adverts and pages paid for, or set up by, Russia-linked accounts."

He asked for "information regarding the use of Facebook advertising and pages by Russian-linked accounts in the lead up to, and during, the 2016 referendum on the UK's membership of the European Union and the 2017 British general election."

This included examples of adverts and pages, information on how they were targeted, how much was paid for them, and how many times they were viewed.

Related: Russian trolls tried to recruit a prominent US activist. He didn’t take the bait, but others did.

Collins told AFP he plans to hold hearings at the British Embassy in Washington early next year, with the aim of having social media bosses including Zuckerberg appear before the committee.

Facebook last month agreed to hand over information about Russia-linked ads to congressional investigators probing the extent to which online social networks were manipulated by Russian interests to covertly influence last year's US election.

Collins said he had taken a keen interest in the US approach and agreed with former presidential hopeful Hillary Clinton's description of cyber as a "new Cold War."

"There is mounting evidence of Russia propagating misinformation round elections in the west," the British lawmaker told AFP.

An internal Facebook review showed that Russia-linked fake accounts were used to buy ads aimed at exacerbating political clashes ahead of and following the US vote.