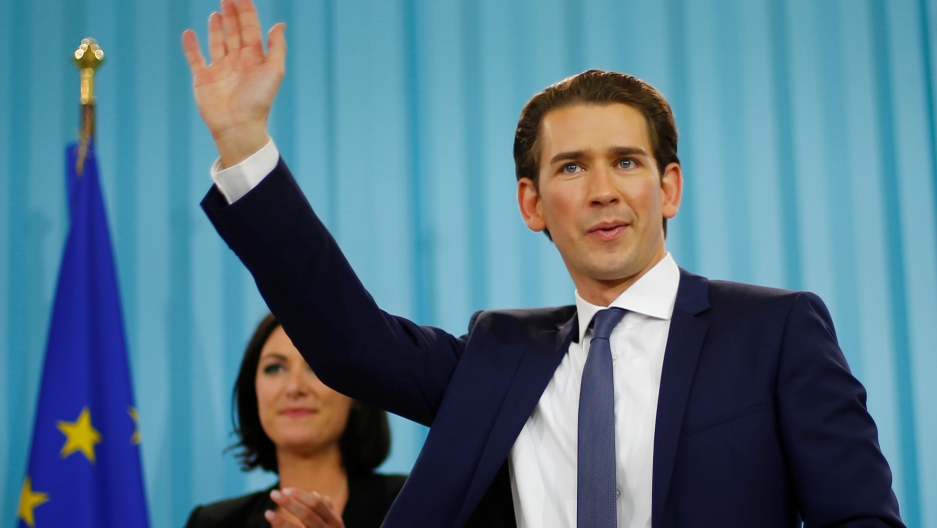 Austria's far-right looked set Monday for a possible return to power in a coalition with conservative "whiz-kid" Sebastian Kurz, the world's youngest leader-in-waiting, in a fresh triumph for European populists.

The entry into government following elections on Sunday of a party ambivalent about the European Union would be a fresh headache for Brussels as it struggles with Brexit and a host of other challenges.

Kurz's People's Party (OeVP) was projected to have won Sunday's vote with 31.7 percent of the vote ahead of the Social Democrats (SPOe) of incumbent Chancellor Christian Kern on 26.9 percent.

Snapping at their heels on 26.0 percent was the anti-immigration Freedom Party (FPOe), its highest since 1999 and double that of its ally Alternative for Germany (AfD) in last month's German polls.

Kurz must form a coalition, and his most likely partner is seen as the FPOe and not a repeat of the acrimonious outgoing "grand coalition" with Kern's SPOe.

Kern, 51, on Monday appeared resigned to going into opposition, saying there were "enormous overlaps" between Kurz and Strache. There is however a slim chance of an SPOe-FPOe tie-up instead.

Like France's National Front (FN), AfD, and Geert Wilders in the Netherlands, the FPOe has stoked concerns about a record influx of migrants into Europe.

It came close to winning the presidency in December and was leading in opinion polls until May when Kurz took over the OeVP and yanked the party to the right.

As foreign minister, Kurz claims credit for closing the Balkan migrant trail in 2016 that saw hundreds of thousands of refugees trek into western Europe.

When the OeVP and the FPOe last formed a government in 2000, when the far-right was headed by the controversial Joerg Haider, Austria became a pariah in Europe.

With Europe now more inured to nationalists and the FPOe seen as having mellowed, the backlash is unlikely to be repeated, experts say.

But there could still be problems for the European Union.

The FPOe's manifesto says that Austria sovereignty and the "ideal of a Europe of fatherlands" are "increasingly under threat", particularly with the "aim of the EU being a centralized bureaucratic monster."

It wants EU sanctions on Russia lifted and for Austria potentially to join the Visegrad group of eastern and central European countries that has become a thorn in Brussels' side.

In telling comments, France's FN — which is allied to the FPOe in the European Parliament — said Monday that the FPOe's election success was "another welcome defeat" for the EU.

Austria will hold the EU's presidency in the second half of 2018, just when Brussels wants to conclude Brexit talks.

Strache called Britain's vote to leave the bloc a wake-up call and has said that the UK "will probably end up better off."

But Kurz too is potentially a problem, with his views on immigration and economic policy "diametrically opposed" to those of France and Germany, according to Paris-based Austria expert Patrick Moreau.