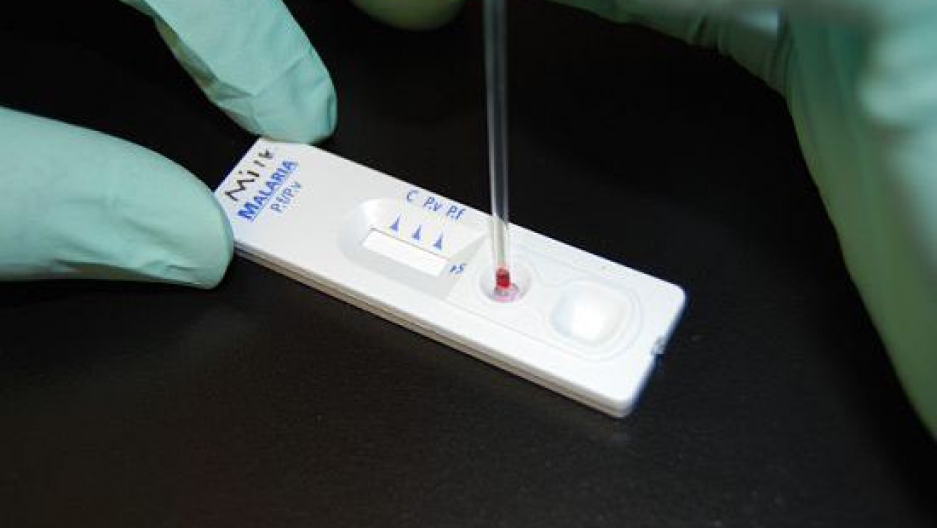 A rapid diagnostic test for malaria.

In remote areas of the world, traditional lab testing for malaria can be difficult. That’s where the malaria rapid diagnostic test comes in.

The test can diagnose malaria in 15 minutes with just the prick of a finger — making it easier to prescribe anti-malarial drugs only when they’re needed, and slowing the rise of drug-resistant malaria strains. But according to a recent study published in The American Journal of Tropical Medicine and Hygiene, there have been some unexpected drawbacks to the test, as well.

First, the good part: “Before we had diagnostic tests, a lot of these cases of malaria, which is a deadly disease, were being treated completely empirically,” explains co-author Heidi Hopkins, an associate professor of malaria and diagnostics at the London School of Hygiene and Tropical Medicine.

“That means if you or your child has a fever, a health care worker says, ‘You have fever, you have malaria, I’m not sure. We’re going to treat you just to be on the safe side.’ And now we have the possibility, even in very remote areas, to diagnose more or less accurately those same fever cases.”

In 2015, about half of children treated for fever in 22 African countries were tested for malaria, according to the World Health Organization. In 2010, just 29 percent of children were.

But when Hopkins and her colleagues studied the results of more than 560,000 patient visits in malaria-endemic regions of Africa and the Middle East, they noted several surprising trends. For one, they found that even when the tests showed evidence of malaria, patients weren’t always prescribed anti-malarial drugs — at five of the eight testing sites in Africa, more than 20 percent of patients were not.

That was among the first unexpected and undesirable consequences Hopkins noticed.

“If you’re in a remote area and you don’t have a lot of other options — you’ve got a sick child or a sick patient in front of you, that person may have come from even up to 20 kilometers away with expensive transport or even walking — you want to do something,” Hopkins says. “And if you don’t feel like you should give an anti-malarial — the test is negative — your alternative, in some cases, is an antibiotic.”

But not all non-malarial fevers require antibiotics. “A key challenge is that we don’t currently have a reliable way to determine which fevers are evidence of a bacterial infection that requires a specific antibiotic treatment and which fevers will resolve with supportive care only,” lead author Katia Bruxvoort noted in a press release. Now, Hopkins says, better tests are needed to diagnose these non-malarial fevers.

“Certainly, malaria tests diagnose malaria,” she says. “But there’s hundreds of other things that can give a person the same symptoms. So we really need to do a better job of finding out what are those other infections and of developing diagnostics that can help health workers know, when it’s not malaria, what is it?”