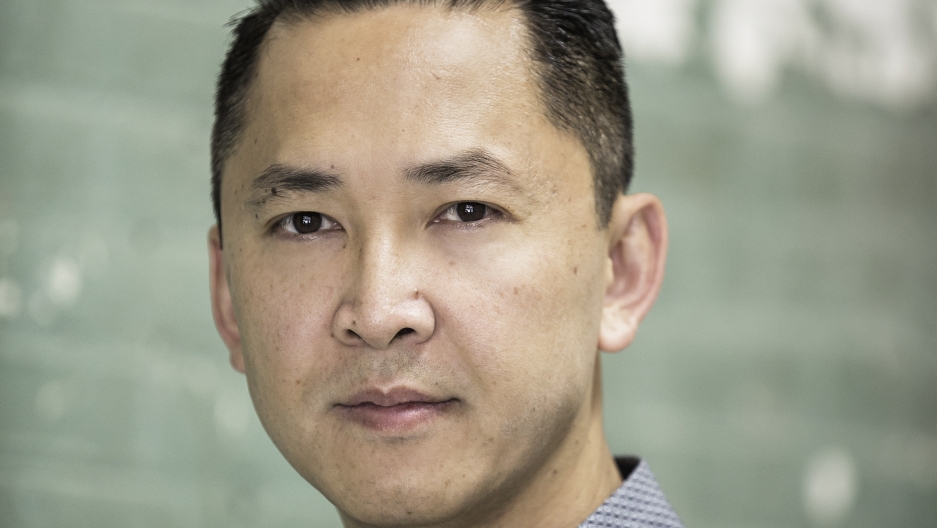 The Pulitzer Prize-winning author of "The Sympathizer," his debut novel, was cited by the MacArthur Foundation for "challenging popular depictions of the Vietnam War and exploring the myriad ways that war lives on for those it displaced."

Related: Looking at the Vietnam War’s aftermath through the eyes of a communist spy

Nguyen's first displacement was being separated from his home country. He was just 4 years old when his parents fled Vietnam with him and his brother after the fall of Saigon. There was further displacement at the refugee camp in Pennsylvania where they were brought for processing.

"In order to leave these refugee camps, refugees had to have American sponsors. In our case, there wasn't a sponsor who would take our entire family," he explains. "So my parents went to one sponsor. My brother went to another one. And me, at 4-years-old, was sent to a third sponsor. So that was a very traumatic experience."

It lasted two months — an eternity for a small child — and it proved to be formative.

"My first memories are of coming to the United States and being taken away from my parents, so there was always a part of me that knew that my existence as an American had somehow been shaped by this very traumatic history of war and of being a refugee," he says.

Further disruption was the gap that grew between Nguyen — the eager wannabe American — and his parents, who wanted him to retain his Vietnamese culture and language.

"In my parent's home I always felt like I was different. Like, I didn't understand them or their language. I felt like an American spy in a Vietnamese household," he says. "But when I went outside into the American society, although I felt comfortable, I also retained that Vietnamese-ness that my parents were trying to instill and I felt like a Vietnamese spy among Americans."

Nguyen grew up in California among Vietnamese refugees who had been singed by loss and displacement and whose role as America's allies in the war was almost totally ignored or worse, belittled.

"The Vietnamese refugees who came here and formed a community feel that neglect very, very poignantly and feel very frustrated that their experiences are oftentimes completely ignored."

That experience of growing up with people trying to build a new life while being burdened with the memories of their old life is something Nguyen returns to again and again in his writing. His latest work, a book of short stories, is titled "The Refugees."