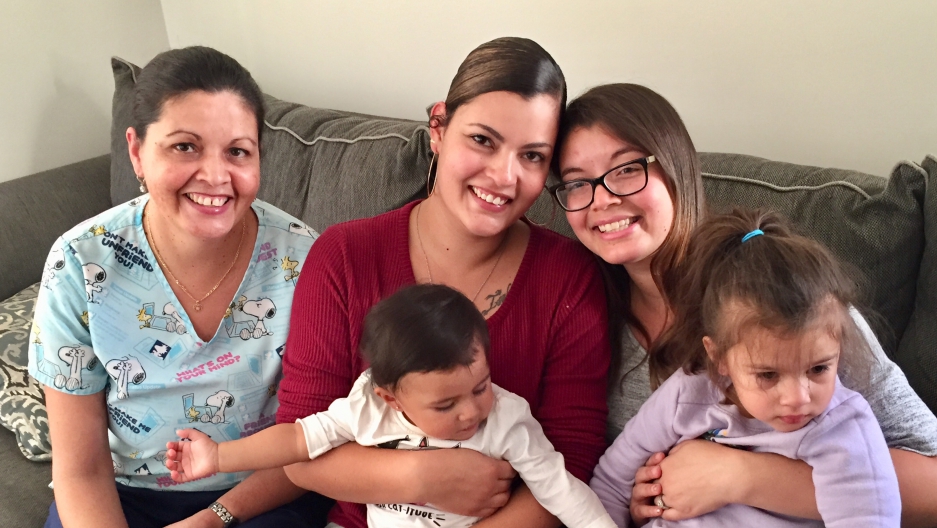 Jennifer is Puerto Rican and lives in Boston. She was posting on social media that she was really worried out about her family on the island.

She posted these messages on Facebook just after the hurricane hit: 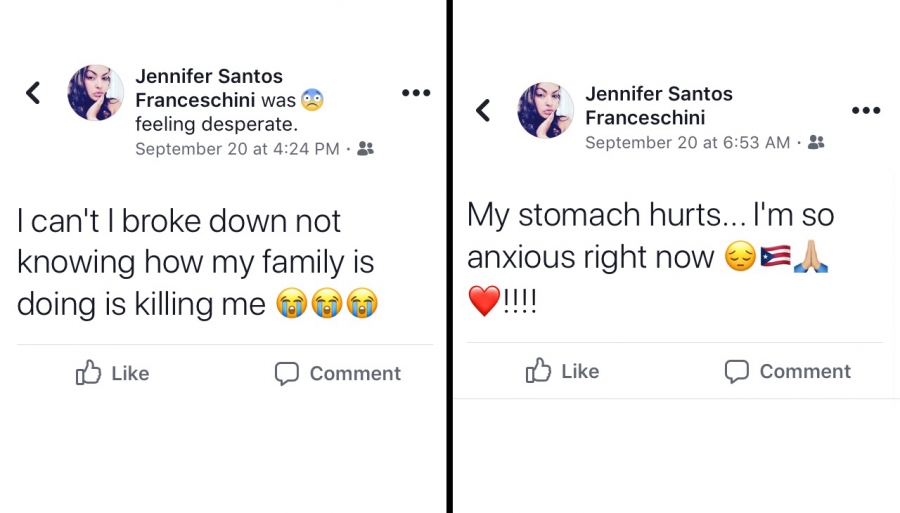 Jennifer was born in Puerto Rico. She moved to Boston when she was 5.

Jennifer says her most vivid childhood memory from that time was when she was in kindergarten.

“I clearly remember me being in a play, and I was this orange flower,” Jennifer smiles. “I don’t know why that’s so vibrant in my head, being that flower. That’s pretty much the last memory I have of living there.”

She and her family have been visiting Puerto Rico regularly over the years. Her younger sister Jenelyn Santos was born on the US mainland but talks to her cousins and aunts on the island all the time.

So, for Jennifer and Jenelyn and their mother, Janet Franceschini Colon, it’s been hard not knowing how their family is doing.

Since the hurricane blew over the US territory, communication has been difficult.

Most of the cellular phone towers aren’t working. Outside of the capital, San Juan, there is almost no cell service.

“We still haven’t communicated with our family in Puerto Rico,” says Jennifer.

And the Boston family is particularly worried about the oldest relative on the island — Nereida Franceschini Colon. She’s 75 and she’s their grandmother. Nereida lives in the southern part of the island in a small town called Guayanilla. It’s normally a two-hour drive from the capital, San Juan. But after the hurricane, roads were blocked by fallen trees and debris.

There are around 5 million Puerto Ricans living on the US mainland. And right after the hurricane, flights were nearly impossible to get. No one was getting in; no one was getting out. So, if you can’t communicate, and you can’t get there — what can you do, besides worry? 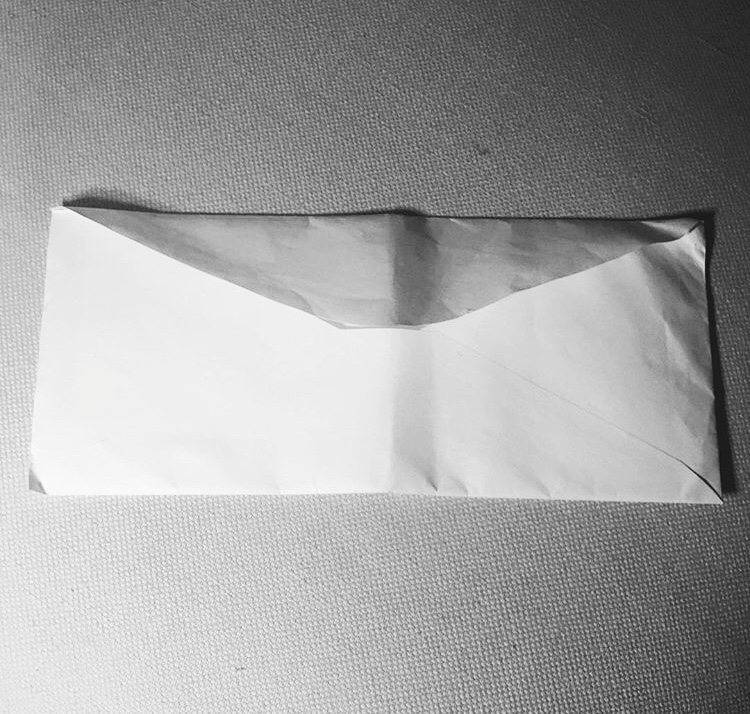 The Franceschini family asked us to bring this letter to Puerto Rico to give to their grandmother, Nereida Franceschini Colon.

“We all hold emotional ties to the island, and it’s devastating to not know what is happening,” Jennifer explains.

I told Jennifer and Jenelyn that I was going to Puerto Rico with Jasmine Garsd to report on post-hurricane recovery. I told her that we'd try to make our way to Guayanilla to check on her family.

After I said goodbye, later that night, I got a message from Jenelyn.

“Hi, Andie. I just wanted to give you a call to let you know that I’ve typed up a letter that I would love for you to give to my family in Puerto Rico.”

I printed out the letter, tucked it in my bag.

The next morning, Jasmine and I were on one of the few flights to Puerto Rico.

We carried gallons of water, water filters, mosquito repellent — and the letter for Nereida.

Does the letter get delivered? How is the family's grandmother doing? To find out, stay tuned for part two of this story, coming Wednesday on PRI.org and PRI's The World.