Girls with Rhythm of Light, a local dance troupe, perform at a weekly farmer’s market in Anchorage’s Mountain View neighborhood.

America's most diverse neighborhood is in Anchorage, Alaska.

Sociologist Chad Farrell at the University of Alaska, Anchorage spent five years wading through US Census data from more than 72,000 neighborhoods to come to that revelation. To evaluate each and every neighborhood’s “ethnoracial” diversity, he used a scale.

“It ranges from 0 to 100. Zero meaning no diversity — there’s only one group present in that neighborhood — to a maximum of 100, where you have multiple groups and they’re of similar size to one another,” says Farrell.

Perhaps not a huge surprise: Six of the 10 most-diverse neighborhoods are in Queens, New York. The top three, however, were right in Farrell’s backyard.

It makes sense because Anchorage is home to a lot of Native Alaskans, as well as other single and multi-ethnic groups.

So, Farrell uncovers this fascinating demographic piece of trivia, but what does it matter?

“I think it speaks to the broader demographic trend that we’re seeing in the United States,” says Farrell. “We’re becoming a much more diverse nation.”

To see this in play, visit Anchorage’s Mountain View neighborhood, the No. 1 most diverse community. For real. At a farmer’s market there, a girl's dance troupe — with white, black, Asian, Latino and Native performers — danced to Vanilla Ice. A refugee from Somalia runs the market, a white woman from California sells jewelry, a farmer from Ecuador peddles vegetables, and an African American man cooks ribs.

“It’s a fantastic neighborhood. It’s full of people from every part of the world, and it’s our daily experiment to see what happens when you put all these people in the same neighborhood,” says Emily Cohn, who works with the Anchorage Community Land Trust — a group that purchases and repurposes urban plots of land in the area.

For example, the organization started the farmer’s market, brought a health clinic to the area and helped convert a gas station into a credit union, the first bank to come to Mountain View in 25 years.

The Anchorage Community Land Trust is also helping to transform Mountain View into more of an arts community. But there's still a lot of work to do.

“We’ve got the highest rate of unemployment in the city, about 22 percent, which is staggeringly high,” says Cohn.

By comparison, unemployment in the entire city of Anchorage hovers around 6 percent.

Mountain View is the landing pad for many immigrants and refugees. It’s tough starting fresh in a new place where the language and customs are unfamiliar.

At African Market, a few men from South Sudan sit around and chat. It’s a tiny shop that sells African spices, and goat and lamb meat. The owner, Nyakor Kueth, was born in a refugee camp in Ethiopia, moved to New York, and then to Anchorage. Kueth pays $1,000 a month to rent her small space. She says she considered approaching a bank to get more capital to try to expand, but decided against it. 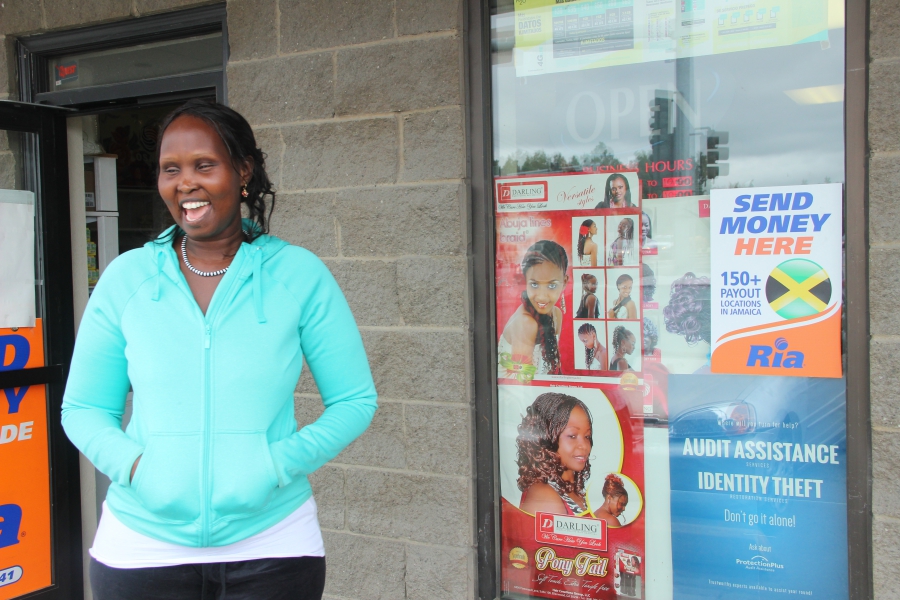 Nyakor Kueth, owner of African Market, has become a local banker for many African immigrants looking for small loans.

“I never even tried it,” says Kueth. “After I started talking to credit consultants, and working toward building my credit, they advised me ... it won’t be that easy.”

For most immigrants in Anchorage, and the United States for that matter, access to traditional banking is basically impossible — they have no credit history.

Despite the roadblocks, Kueth has pressed forward: In addition to running her shop, she’s also a college student. And she has become a local banker in her own right, making small loans, typically a few hundred dollars, to other African immigrants. (She’s also mother of nine.)

That might sound a bit steep, but payday loans, which many immigrants traditionally rely on, often charge exorbitant fees north of 400 percent.

Immigrants and refugees in places like Mountain View aren’t just cut off from traditional banking. Ángela Jiménez, from the Dominican Republican via the Bronx, fills a lot of the neighborhood’s other needs.

“What hasn’t been my business?” says Jiménez. “I started with the Hispanic Service Center, used to do bookkeeping, taxes, immigration, documentation, translations, money wiring, selling phone cards, anything and everything for the diverse community that I was living in, here in Anchorage. The Hispanic didn’t have anywhere to go.”

I asked Jiménez what it's like being in the country’s most diverse neighborhood. She looked at me like it was a strange question to ask.

“I'm used to it,” says Jiménez. “We have a hundred languages in our school district. A hundred. So, you know, for us this is the common world,” 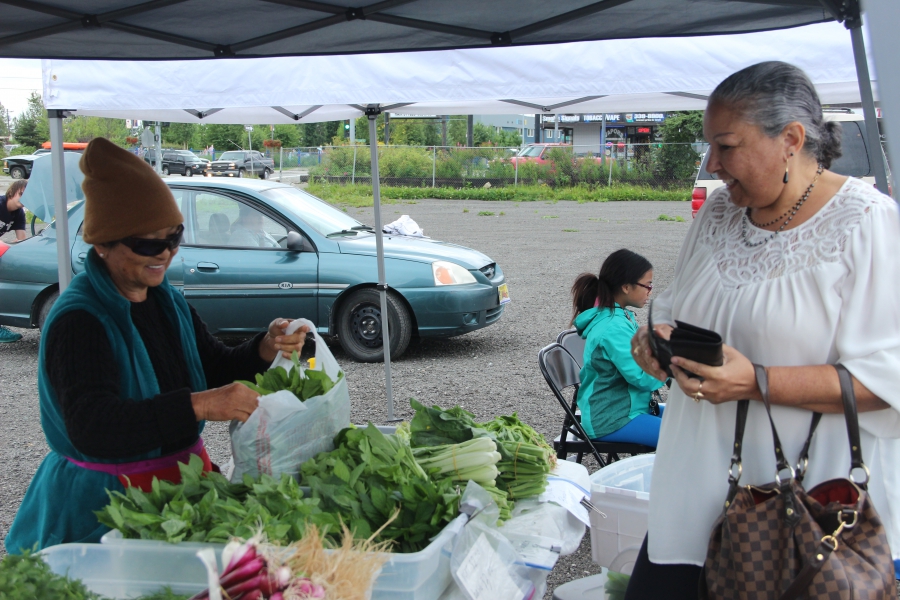 Farrell gets a similar reaction when he presents his findings to his undergrad students from Anchorage.

“They kind of look at me like, ‘Yeah, we knew that already, this is not exactly a newsflash,’” says Farrell.

But going beyond the headline, he cautions that even though several of Anchorage’s neighborhoods might be incredibly diverse, that doesn’t mean they’ve achieved some kind of post-racial utopia here.

“Diversity brings with it a vibrancy, but it also presents a whole a range of challenges as well,” says Farrell. “Diversity just means that’s just that many more bridges you have to build between different groups who might have very different backgrounds, and that can be very challenging.”

But he adds that in Mountain View, they’re learning how to build better bridges. And he believes they’re best built organically — at the library, grocery store or a farmer’s market.

This piece is part of the series 50 States: America’s place in a shrinking world. Become a part of the project and share your story with us.