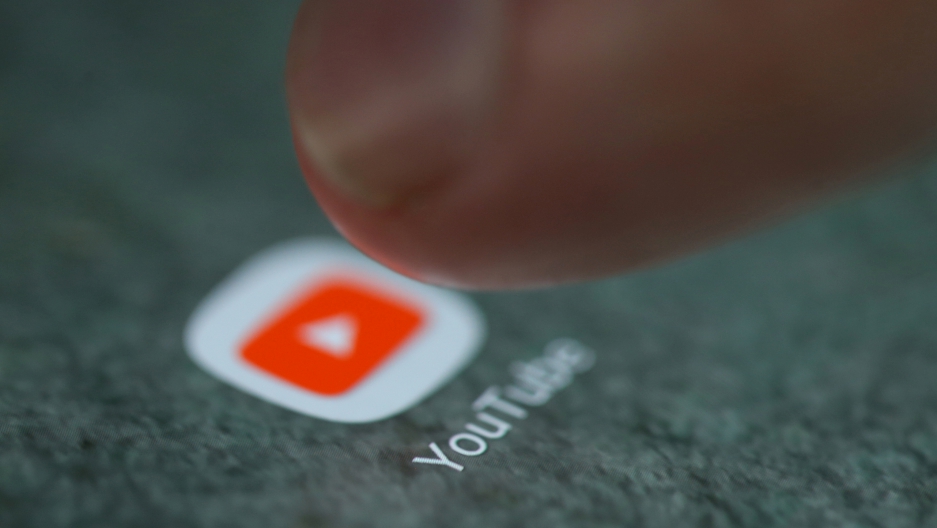 The YouTube app logo is seen on a smartphone in this picture illustration. YouTube, owned by Google, is the world's largest video site.

Google is the latest tech company that’s found evidence of Russian-bought ads on its platforms.

Facebook recently shared 3,000 ads purchased by Russian operatives with Congress after finding that they were part of a disinformation campaign during the 2016 presidential election. Twitter has also faced scrutiny.

All three have been invited to testify at a Senate Intelligence Committee hearing on Nov. 1.

Now, Google has traced thousands of dollars’ worth of ads on its platforms — including Gmail, YouTube and its widely used DoubleClick ad network — to Russia.

“I think — and my sources think — that this is just the tip of the iceberg,” says The Washington Post’s Silicon Valley reporter, Elizabeth Dwoskin.

Google’s investigation is in the early stages, but Dwoskin says it’s significant that the ads on Google don’t come from the same source as the ads on Facebook. "We have another wrinkle where we're seeing interference that seems to be tied to the Kremlin, but to a different part of it."

Google and Facebook are the biggest online advertising companies in the world, and they helped pioneer targeted advertising.

For example, if you look at a pair of shoes online, Google and Facebook’s cookies allow that information to “follow you all over the internet,” Dwoskin says. “It turns out it's very effective, when you see the same thing over and over again, to influence you.” In other words, once they start to feel familiar, you're more likely to buy the shoes.

Businesses have used these tools for years, she says, but now "the Russians [have] realized they could use [targeted advertising] too.”

You can hear more about Dwoskin's story by listening to the audio, above.