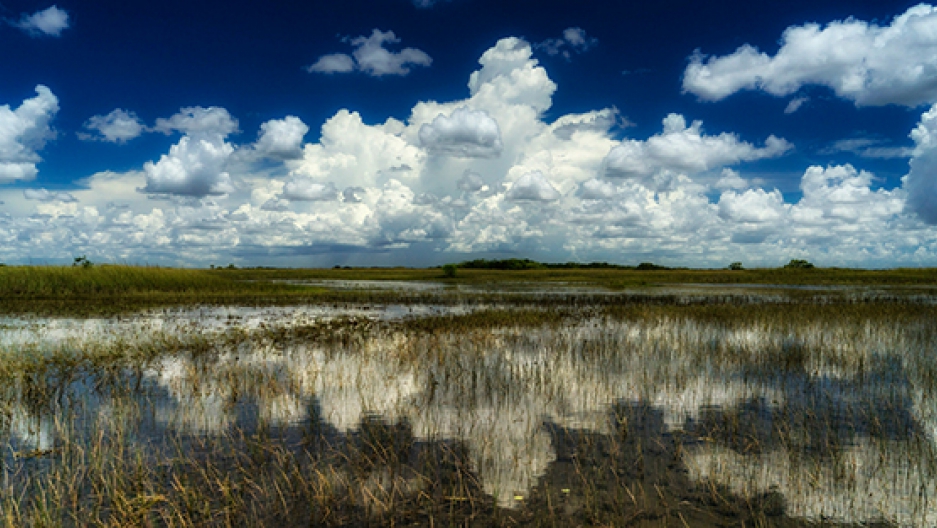 The Everglades is known as the River of Grass. Decades of development have drained much of its water, diminishing its capacity to act as a buffer during hurricanes and storms.

When Hurricane Irma hit Florida, it blasted an estimated 3 to 10 feet of storm surge into the Everglades. Combined with the drenching rain, the storm may change the vegetation patterns of the enormous wetland and perhaps prod the people of South Florida to rethink how it lives with its water.

The Everglades, a UNESCO World Heritage Site, has shrunk to about half of its original size since people started draining it for development and agriculture in the 1800s. The so-called River of Grass extends from Lake Okeechobee in Central Florida down to its southern tip at the Gulf of Mexico, and much of it is a national park.

“In its natural state, water flows as a very shallow sheet, very slow moving, through the vegetation, which naturally was primarily grass, until you reach the coastal areas and the vegetation there starts to change,” says University of Maryland hydrologist Fernando Miralles-Wilhelm. “The Everglades is an expansive matrix of grass, with bits of trees here and there. These are the natural parts of the Everglades that still exist."

Over many decades, the Everglades were systematically drained for development. Miami and its surroundings, Fort Lauderdale, West Palm Beach — all of these areas were created, in part, by draining the Everglades. All of this draining and channelizing the wetlands have weakened the Everglades’ resilience and its ability to buffer storms, says Miralles-Wilhelm.

As development expanded, people built a sophisticated network of canals designed to get water out of the system as quickly as possible, he explains. “When we built those canals, we were essentially short-circuiting the slow-moving, natural flow of water that occurred before. We have accelerated the drainage, and we have reduced the ability of the system to hold water and to be that buffer.”

The Everglades could have been used to coexist with the urban development that took place, he maintains. “I think we decided, collectively, not to live with the water. We decided we wanted the water out, and now we are trying to see, ‘How can we start living with the water?’”

Freshwater flows from Lake Okeechobee south and gets discharged as a slow-moving sheet to the coast. This outflow is balanced by the coastal environment, which is the boundary with the sea, Miralles-Wilhelm says. This creates a natural interface between freshwater and saltwater.

Development created “a number of pulses, much larger than natural, of freshwater into the coast and this has affected the marine ecosystem,” he explains. Storm surges bring sudden, large amounts of saltwater back into the system, which, in a way, recreates the natural interface that was lost.

Doing this through an extreme storm like Irma is “not the ideal way to restore a natural ecosystem,” Miralles-Wilhelm says, “but that is nature sort of coming back at you in a way.”

During storms like Hurricane Irma, tons of freshwater fall on the wetlands in the form of heavy rain and try to flow out to the coast, much faster than usual, because of the topography and the human-built channels. This water collides with the storm surge, bringing in seawater, which not only leads to flooding but also changes the dynamics of the saltwater-freshwater interface.

Because grasses and trees respond differently to floods and thrive better in either freshwater or saltwater, “we could see — and we've seen this before — sort of a redistribution of vegetation across the Everglades,” Miralles-Wilhelm says.

In the midst of this, the Everglades is already undergoing a decadeslong restoration. The Comprehensive Everglades Restoration Plan, or CERP, was authorized by Congress back in 2000 and has been ongoing ever since.

“The project is really more like a program because it's got over 60 large-scale projects,” according to Miralles-Wilhelm. “You have this balance that we've broken, that we’ve made fragile,” he explains. “The purpose of CERP is to try to restore some capability of the system to hold water in a way that could protect the South Florida region both from floods and droughts and provide a buffer, which is just what the natural wetlands used to do."