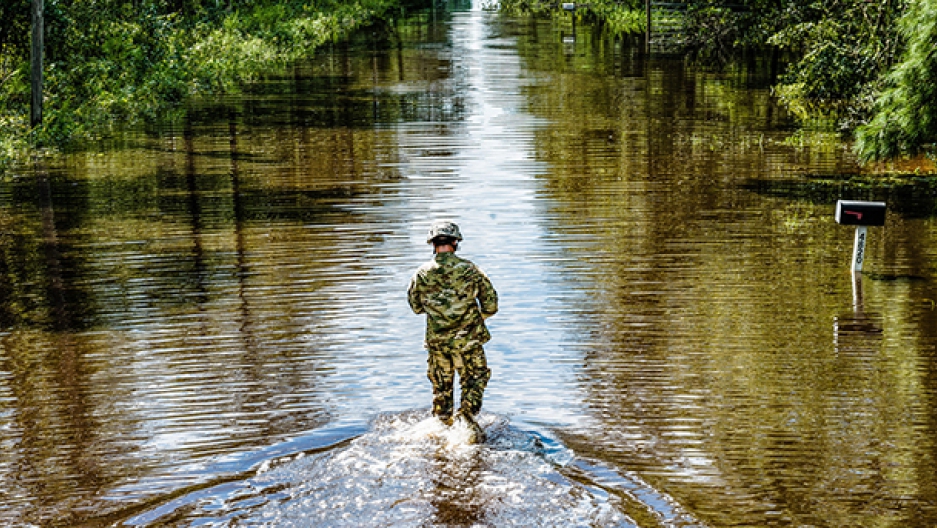 In the days before Hurricane Maria hit, the Puerto Rico National Guard coordinated with local emergency management agencies to prepare for the aftermath of the hurricane as well as deal with the continuing effects of Hurricane Irma.

While President Donald Trump has dismissed climate change as a hoax, the Department of Defense is focused on understanding and preparing for continued climate disruption and the security threats it poses in a warming world.

The US experienced three large-scale disasters in succession — hurricanes Harvey, Irma and Maria — which has strained our resources, our politics and the infrastructure that helps bring aid to battered areas. Even in an era of highly polarized politics, however, the US remains a fairly stable government system. When these disasters hit other places that aren’t so stable, they can create regional and even international security problems.

“One of the components of climate change that makes it a threat or a risk to national security is [that] it can make already tenuous, or frankly bad, places much worse and, occasionally, catastrophically so,” says retired Rear Adm. David Titley. Titley led the US Navy’s task force on climate change and is now a professor of meteorology at Pennsylvania State University.

“So much depends on local governance, on the inherent strength and resilience of the communities affected,” Titley says. “This is why you see people like Defense Secretary Mattis talk so strongly about the need for not only the military to be funded, but for adequate funding for US Agency for International Development, or USAID; for our State Department to be adequately funded and adequately manned, because the military can come in initially and try to help stabilize the situation, but the US military is not going to be the one that rebuilds these societies.” 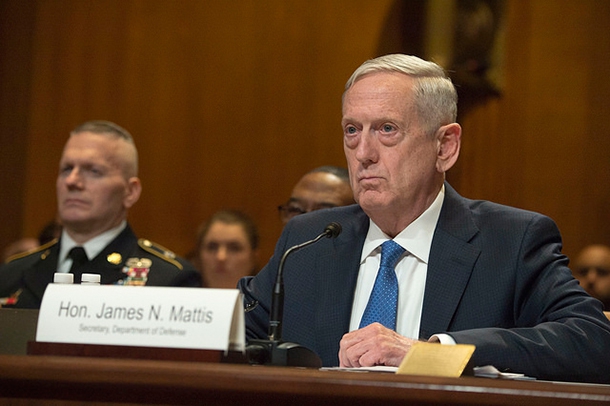 Defense Secretary James Mattis is pictured in March 2017, when he spoke before the US Senate Committee on Appropriations. Mattis testified during his confirmation hearing in January 2017 that he understands the climate is changing and considers it among the many threats the military must be prepared to face.

The short- and long-term stability of vulnerable countries hit by disaster depends a great deal on other US federal agencies, like the State Department, Titley says. Expertise from many other components of the federal government help stabilize local governments, because “that's really a great way to buy down, if you will, the risk of climate change — to have governments who care about their people, who take care of their people and have the tools and means to do so.”

Titley notes that James Mattis was “pretty clear on this early on in his tenure as Secretary of Defense.” His answers to written questions from congressional leaders indicated he understands that the climate is changing and that “those changes, if unmanaged, compose a risk to US security operations and US Department of Defense.”

“He's not going to put climate risk and climate change up on a pedestal and make it the one and only thing we worry about, but he's also not saying, ‘This doesn't exist or it's a hoax,’ or all of the other things that we've heard from other parts of this administration,” Titley says.

Titley has a saying he uses to describe how things work at Defense: “If the boss is interested, everybody else is fascinated.” Mattis’s acceptance of climate change as a security risk allows others in the department, including the Joint Chiefs of Staff, to begin to plan for its effects, he says.

“For a lot of the readiness of the Department of Defense, it doesn't even really matter why [the climate] is changing,” he adds. The department’s internal message, he says, is “‘we know it's changing; we know it's changing pretty quickly, and we’d better be ready for that, because if we just plan for the past we're going to be surprised,’— and that's not where the Department of Defense wants to be.”