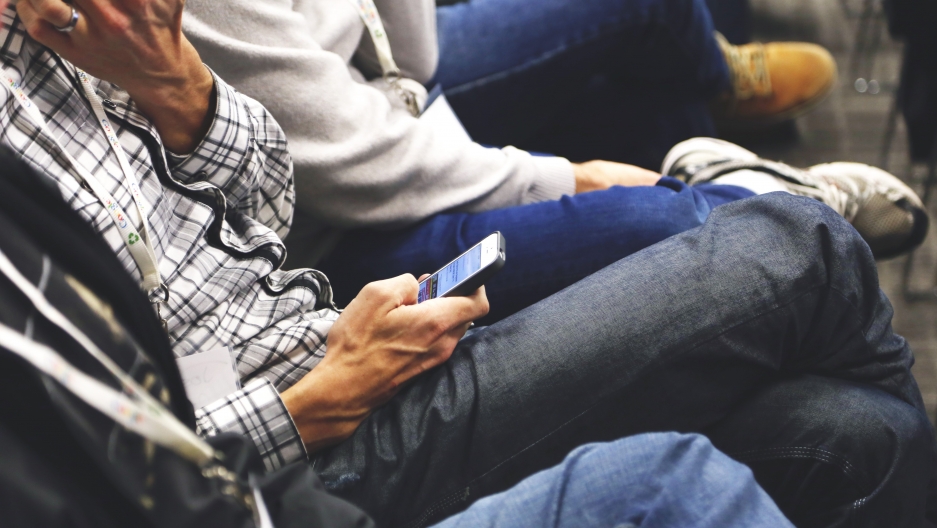 Our apps and tech gadgets may have been designed to be life-improving tools, but some worry that for many people, the tools have turned into taskmasters.

When’s the last time you were really, truly bored?

In an age of smartphones, social media and a 24-hour news cycle, it might be tough to recall the last time you found yourself turning your attention to absolutely nothing. But that mental downtime, it turns out, is when a very important part of your brain gets to work.

“When you're attending to things in the world — when you're listening to your cellphone ding or you're getting that little rush from checking your email and seeing if somebody wrote to you — you're tending to the outside world in a way that shuts down and decouples an internal network … called the default mode network,” explains Mary Helen Immordino-Yang, an associate professor of education, psychology and neuroscience at the University of Southern California who has studied the resting brain.

Our brain’s default mode network is involved in all sorts of complex, integrative thinking, she says — from daydreaming about things that don’t actually exist, to merging memories with possible futures and “trying to make coherent meaning, a narrative if you will, out of how your life is going.”

But for many of us, boredom can be hard to make time for, despite its benefits to our brain. In 2015, Manoush Zomorodi, host of WNYC’s podcast “Note to Self,” launched a project to do just that. “It was a weeklong experiment where 20,000 of us tweaked our smartphone behavior to see what would happen, to see if it would jumpstart our creativity,” she says. “And actually, it worked!”

Collectively, the experiment’s 20,000 participants shaved an average of just six minutes off their phone time each day, she says. But the project also helped participants take a hard look at their technology use. “Statistically, 90 percent of the people felt that they had more control over how they use their gadgets,” she says. “Seventy percent felt that they just had more time to think.”

And for Zomorodi, the experiment launched a passion project. Armed with stories and data from participants, she dove into further research about the benefits of boredom, gathering it all up for a new book called "Bored and Brilliant: How Spacing Out Can Unlock Your Most Productive and Creative Self." (Read an excerpt on Science Friday’s website.)

“I think it's too much to say to people, like, ‘Oh, just get off your phone more,’” Zomorodi says. “What I found is that doesn't work. So in the book, we have very specific, small tweaks.” For example, Challenge Four in the book’s “Bored and Brilliant Seven-Step Program” is Delete That App day — dedicated to temporarily erasing the one program that always seems to suck your attention back to your screen.

“Just take [the app] off for the day, and see what it feels like,” she says. It may feel so good that you never reinstall the app — she notes that some participants in the original experiment are still going strong, more than two years later. “Other people take Twitter off their phone, for example, for one day a month, just to remind themselves they don't have to do it, [that] it is a choice to be on these platforms.”

Our apps and tech gadgets may have been designed to be life-improving tools, but Zomorodi worries that for many people, the tools have turned into taskmasters. From a neuroscience perspective, Immordino-Yang agrees. “I think we really have to remember that these tools are designed to capitalize on our human desire for interesting information and novelty to come in from the world,” she says. “We get a little hit in our brain of pleasure and reward feeling when we check an email, or we get a little ding or a buzz from somebody interacting with us, or when we see something come in on our Twitter feed, and those are very insidiously addictive.”

Space out a little in your own mind, though, and you may start to feel that reward coming from your own brain — as you stumble across a solution to a problem at work, or something much smaller. “The beauty of boredom is not knowing where your mind is going to take you,” Zomorodi says.

“Part of the joy of this is the surprise that you might end up coming up with a brilliant idea that's as simple as knowing what to do with the leftovers in your refrigerator. I would argue that is creativity right there.”

This article is based on an interview that aired on PRI’s Science Friday with Ira Flatow. Watch Manoush Zomorodi’s TED talk about boredom and creativity here.