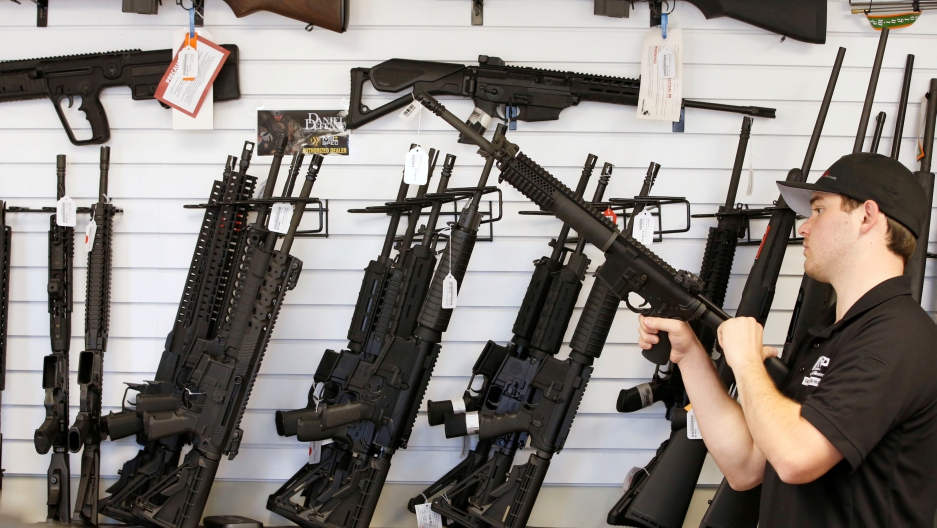 When it comes to guns — like the ones used in the mass shooting in Las Vegas Monday — the US is, in many ways, an outlier.

When compared to countries around the world, for example, the US is, by far, the largest exporter of so-called small arms, according to the Switzerland-based Small Arms Survey. (Italy, Brazil, Germany, South Korea, Austria, and Turkey are also on the list of top exporters.)

The US also tops the list of leading importers, according to the same study.

“The US market is sucking in ... firearms from the rest of the world,” said Nicholas Marsh of the Peace Research Institute Oslo, who contributed research to the Small Arms Survey. “And you have some countries like Croatia [whose] industry is basically geared up to supply the US market. It doesn't really export very much to anywhere else.”

Marsh says the markets for these weapons also differ across the globe. In the US, the vast majority of small arms are owned by civilians.

“But somewhere like Japan, where they have very strict firearms regulations ... the balance is the other way,” Marsh said.

Hear more of Marsh's thoughts on US "exceptionalism" by listening to the audio above.