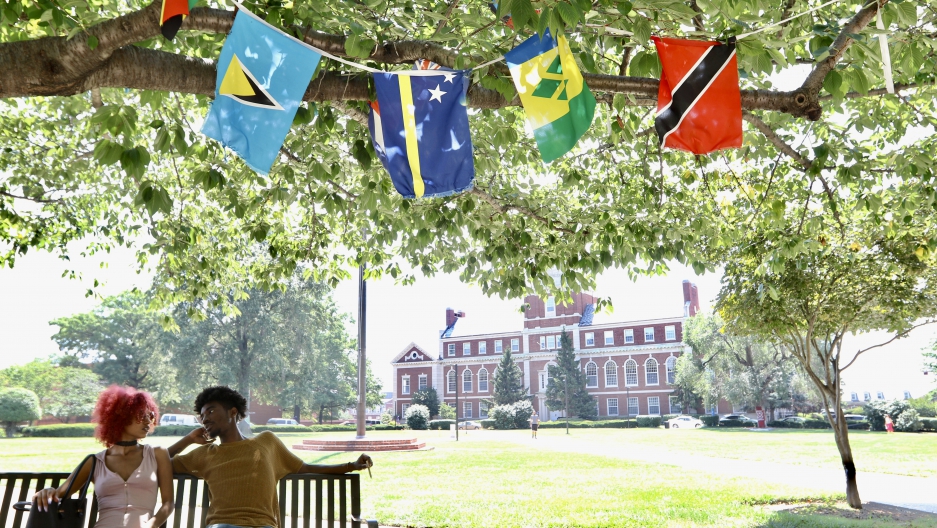 Historically black colleges and universities, like Howard University in Washington, already have sizeable populations of students who aren't African American. As more international and immigrant students look for safe spaces for education, there's concern rifts with the White House could impact the growing ethnic diversity of HBCUs.

Ashley Grey gestures toward the crowd on the campus of Howard University in Washington, DC, as hundreds of new students make their way to the main yard. The marching band and cheerleaders pep up the new class with popular school chants. Today is the official pinning ceremony, where alumni, staff and current students officially welcome students by giving them school pins.

More than 200 new international students are among the crowd. Grey, a senior economics major from Mandeville, Jamaica, is one of two dozen International Pals who aid foreign students with immigration paperwork and getting socially acclimated to the university. She says this year’s incoming students represent nearly every continent.

“Nigeria, Jamaica, Trinidad, and in addition to that we have Nepali students, Saudi students, Indian students. We have students from China,” she says. “Just having those mix of cultures, I think, will add to the conversations we’re having here at Howard.”

Those conversations include current racial unrest at predominantly white schools, such as a white supremacist rally at the nearby University of Virginia and protests in surrounding Charlottesville. Many historically black colleges and universities leaders criticized President Donald Trump’s response in the days following.

The White House dramatically downsized its annual HBCU conference as a result, adding to existing tension between the White House and the institutions. Earlier this year, Trump questioned HBCUs’ constitutionality, even floating the idea of gutting their federal funding.

Many colleges and universities across the US are reporting drops in international student applications, and some HBCUs are also concerned about how it could affect their bottom line. As schools founded to educate African Americans, it’s their ethnic diversity that could really take a hit — a diversity some don’t even know exists.

Founded in 1867, Howard is among 105 schools considered an HBCU, a federal designation given to schools that were founded before 1964 to provide educational opportunities to African Americans. Blacks had long been barred from attending most traditional colleges. Today, HBCUs are responsible for 23 percent of all undergraduate degrees earned by African Americans and produce 33 percent of all black STEM graduates.

But "historically black" can be deceiving. Marybeth Gasman, director of the Penn Center for Minority Serving Institutions in Pennsylvania, says a common misconception is that HBCUs are only for African Americans. It’s simply not true. She says non-blacks have never been barred from attending. In fact, non-black students account for 20 percent of HBCU enrollment.

“Overall, of the 105 HBCUs, about 13 percent of the population is white and that percentage has been flat for a while. The growing percentages tend to be Latino, which is about three percent, and Asian, which is about two percent," Gasmen says. “The interesting thing is you have a growing population of biracial students at HBCUs that’s been increasing quite a bit and international students because a lot of HBCUs, just like all types of colleges and universities, are admitting more international students.”

Many HBCUs already have sizable international student populations, especially from Africa and the Caribbean, and international enrollment is on the rise as some HBCUs look to boost enrollment in graduate and professional programs. At Howard, the college of dentistry is among the most diverse. Dr. Willie Winfree, chairman of comprehensive dentistry at Howard, says, walking the halls, you’ll hear accents and dialects from all over the world.

“Howard University’s dental school is probably the most diverse school in the country. As a matter of fact, our African American population is a minority in this school versus other schools,” he says. 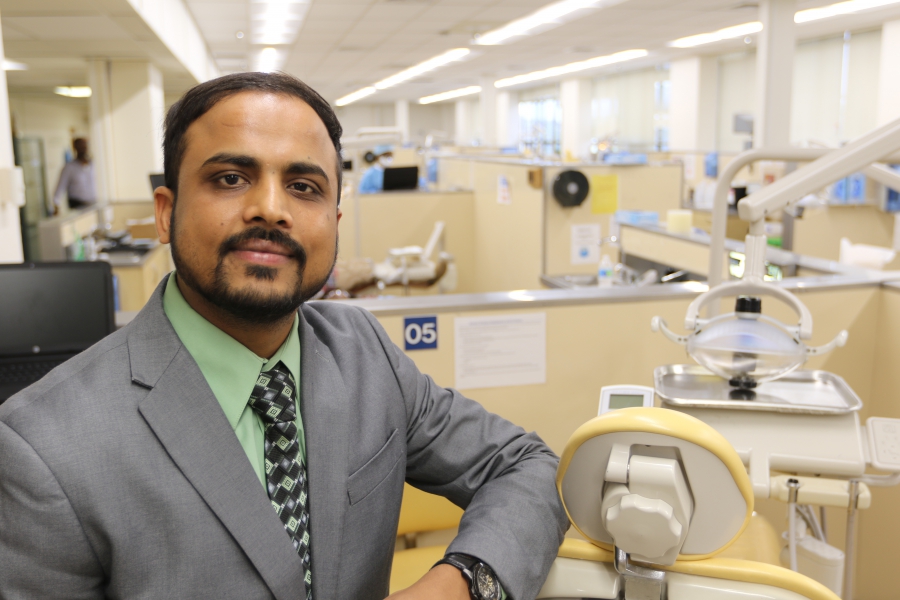 Vishal Patel, a second-year dental student from India, choose to attend Howard University's College of Dentistry after earning degrees in Russia and Canada. Although he considered top schools throughout the US, he says he chose Howard for the family-like climate he couldn't get anywhere else other than an HBCU.

Dr. Vishal Patel is a dental student from India. After first earning degrees in Russia and Canada, Patel still needed more courses before he could work in the US. He considered some of the top dental programs in the country and chose Howard, where he is now in his last year of a two-year program for foreign-born dentists.

“When I was in Russia or Canada, they would hesitate to ask you questions because they think that since you are international, you might not know the answer,” Patel says. "But here it is not like that because they respect us. They know we are the same person like they are. I find this is like my family. Full of diversity, you know. You feel welcomed here.”

Because HBCUs primarily serve low-income, first-generation students, Gasman adds that many non-black minorities choose HBCUs because of cost and proximity to home. They can also be a safe space from campus racism that can occur at traditionally white universities.

Even though attending Howard is a tradition spanning several generations in her family, Grey only came to Howard after her own experiences with racial stereotyping, including when she auditioned for a role at her previous college, a predominantly white school in Texas.

“They were like ‘the black roles are the maid, the maid’s daughter and the maid’s son.’ And so me and my friends just banded together,” she recalls. “We’re not about to feed into these stereotypes that you’ve already created of us. So I decided I need to be in a predominantly black space.”

Changing demographics nationwide are also a factor for the evolving landscape of many HBCUs. Brown vs. Board of Education and, later, affirmative action, allowed more blacks to attend traditionally white schools, causing HBCU enrollment to decline. In some areas, the numbers shifted so much that, over time, were no longer mostly black.

St. Philip’s College in San Antonio was founded in 1898 to educate newly freed slaves. Today, it is the only school to be federally recognized as both an HBCU and a Hispanic Serving Institution. Latinos — both American and foreign-born — comprise the majority of students there. Fidel Simmons, the interim coordinator for international student services, says many students are coming to the school from the Middle East and Africa.

"Sometimes we push them not just along that path toward graduation but finding an enriching life both professionally and personally," he says.

Current racial unrest is fueling an uptick in HBCU enrollment, but HBCUs are still vulnerable. Simmons says growing concerns about political rhetoric and a perceived anti-immigrant climate is already having an impact on St. Philips’s international students.

“Some students are looking at going to school in Canada. Others are being courted by other countries who are looking at the uncertainty in the US as a positive for them,” he says. “When you have international students coming to you saying ‘Can I come back next semester?' with this fear in their eyes, it greatly impacts the ability for students to gain life skills and gain perspectives and understand diversity and difference.”

Changes in federal loan policies passed under the Obama administration that made it disproportionately harder for communities of color to quality for student and parent loans exacerbated existing and long-running financial challenges at HBCUs. Years of declining enrollment and small endowments also contribute. More than a dozen HBCUs have shut down since the 1930s and more are at risk. That can make the out-of-state tuition from international students even more critical.

“The world is not majority white. So how are you going to function in a world where you have no experience interacting with those people who are the true majority," he says. “We’re giving a different perspective. There’s more than one way to approach education. There’s more than one way to approach psychology. And until we reach the point where we fully understand that, there will always be a need for an HBCU and an HSI.”