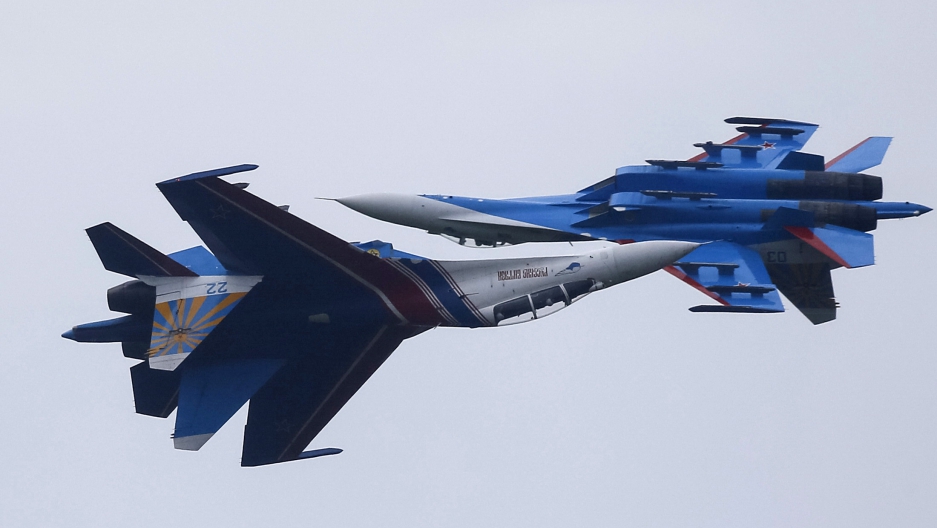 In a sign of just how seriously countries are taking Moscow’s attempts to destabilize them, 11 European governments plus the United States have now joined forces to build a special think tank about new kinds of war.

Based in Finland’s capital Helsinki, the European Center of Excellence for Countering Hybrid Threats launched on Monday to research “hybrid war” — the strategic use of diplomacy, politics, media, cyberspace and military to destabilize and undermine an opponent’s government.

Relations between Russia and the West have reached a new low and tensions along Moscow’s borders with NATO and the European Union have been rising. At the heart of this growing standoff is Russia’s combination of military posturing, disinformation and 21st-century technology: Russian jets have probed Finnish and Swedish airspace; Russian propaganda has targeted the Baltic countries of Estonia, Latvia and Lithuania; and the US has accused the Kremlin of interfering in its 2016 elections.

Moscow has denied meddling in other countries' internal affairs and claimed its military posturing is a justified reaction to NATO encroaching on its borders.

Against this backdrop, the new center is dedicated to finding effective ways to push back.

“Hybrid threats call for enhanced awareness,” Finnish President Sauli Niinistö said at the center’s inauguration. “We have to understand at the strategic level the aims and means of our adversaries.”

Similar centers already exist in Estonia, Latvia and Lithuania and NATO has two dozen accredited centers of excellence. But the European Center of Excellence for Countering Hybrid Threats in Helsinki is the first to link the military alliance with the auspices of the EU. Moreover, the new center in the far north is meant to function as a complement to the other centers and highlight the increased cooperation underway between the EU and NATO since Russia’s annexation of Crimea and war in Ukraine in 2014.

Speaking at the event, NATO Secretary General Jens Stoltenberg pointed out that Moscow’s actions have sparked new cooperation in the region and that the center was evidence that “Europe is moving quickly to respond to Russia.” Similarly, Federica Mogherini, the European Union’s foreign policy chief, said the center is a sign that the two organizations are cooperating at “an unprecedented level,” as evidenced by Finland, an EU country that is not a NATO member, being the host.

For Finland, hosting the center is another point in the country’s slow foreign policy shift since the early 1990s. During the Cold War, Helsinki walked a tense tightrope in its relations between Moscow and the West. But since the collapse of the Soviet Union in 1991, Helsinki has cooperated more closely with NATO and debated joining it at times. While formal membership in NATO isn’t an imminent possibility, Finland and non-NATO member Sweden are moving ever closer to the alliance, even signing agreements allowing NATO to operate on their territory in the event of a conflict in the region. And just last week, Finland and Poland reached a new deal to cooperate in fighting cyberthreats.

But while Russia’s actions may be the impetus for the initiative, the new center’s work won’t be limited to only tracking the Kremlin’s merging of overt and covert tactics. It will also focus on how groups like ISIS use social media and propaganda to further their message. Moreover, in addition to the external threats, the center will also look at how internal issues like race relations and economic inequality can also work to undermine democratic governments.

“The main issue is the changing nature of the security environment,” said Hanna Smith, the Helsinki center's director of strategic planning and responses. “New insights, and indeed foresights, are needed to be better prepared.”

The key question for the new center in Helsinki will be how to utilize this new unity in a way that will increase its members’ security.

“It's too early to tell,” said Jed Willard, director of the Franklin Delano Roosevelt Center for Global Engagement at Harvard who has consulted the Finnish and Swedish governments on strategic communications. “But given the lack of understanding of the problem among policy makers and the general public, and its politicization in the [United States], even small help is useful.”