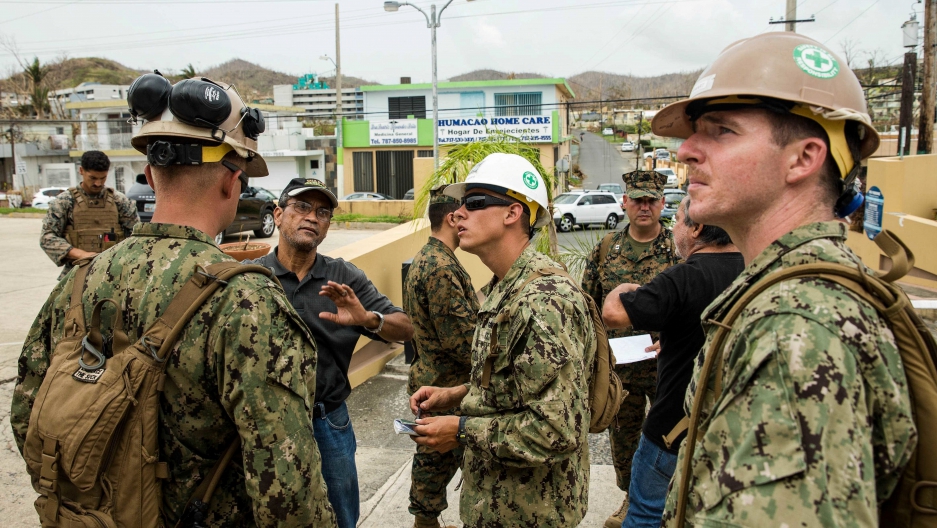 The Trump administration is stepping up US military involvement with disaster recovery efforts in Puerto Rico. Hurricane Maria tore across the island Sept. 20, leaving almost no part of the US territory undamaged.

A week later, some were questioning the speed of the administration's response.

James Stavridis is a former supreme allied commander at NATO and current dean of the Fletcher School of Law and Diplomacy at Tufts University in Medford, Massachusetts. As a former US Navy admiral, Stavridis has experience with emergency response missions. He spoke with The World's Matthew Bell about US military involvement with the recovery operation in Puerto Rico.

Matthew Bell: On Thursday, the Trump administration named Lt. Gen. Jeffrey Buchanan as the liaison for the federal recovery effort in Puerto Rico and the US Virgin Islands. What kind of signal does it send when the administration picks a three-star US Army general to take the lead on a mission like this?

James Stavridis: It's an indication that the military and the administration are taking this with the utmost seriousness. A way to put it into comparison is, we have a three-star Army general also in charge of fighting the Islamic State (aka ISIS) all around Syria and Iraq. I happen to know General Buchanan, who is taking up this responsibility. He's a very serious and experienced officer. This is a top-shelf appointment by the administration.

When you think about the military's role in an emergency response situation like the one in Puerto Rico, what is it that military forces bring to the table?

We have a long history, and a good history, of responding to natural disasters as a military, not only in the United States, but overseas as well. Think about the chaos after Hurricane Katrina in New Orleans. That was sorted out by the military. And that's really the first and most important thing the military can bring, is a sense of security, stability and order, to bring order out of chaos.

Beyond that it's kind of a Maslow's hierarchy of needs. Beyond safety, you need water, you need food, you need power, you need medical, you need logistics. And eventually, you're going to need reconstruction. The US Department of Defense can do all of that. Too often, we think about our military like an on-and-off switch. Either they're in combat fighting, or they just sit in their barracks and the ships stay in the pier. It's not like that. It's a rheostat. You can dial it all the way up for hard combat, but you can dial that rheostat back toward soft power, which is this kind of disaster relief.

Are there big challenges when you deploy the military into a US territory like Puerto Rico, in terms of the rules of engagement? This isn't a foreign country.

One big difference is that the military inside the US cannot conduct law enforcement operations. So, on the ground, in a US state or territory, the military can provide all of the logistics support I mentioned. But any law enforcement has to be conducted by local law enforcement authorities. In the case of Katrina, it was police who were making arrests, while the military might be the ones to move the police into position, provide support, intelligence, logistics assistance like food or water, shelter and so on. It's a partnership on the ground and that is a distinction from if we were doing this in, say, Pakistan.

When you consider an asset like the USNS Comfort, the US Navy hospital ship, is this the sort of thing that other agencies, such as FEMA or the Red Cross, just don't have?

They don't have anything like the Comfort. Before I was the NATO commander, I spent three years as the commander of US Southern Command, in charge of all military south of the US, so I would have conducted this operation, for example, if I were still in that job. In those days, I often deployed cruisers, destroyers, aircraft carriers, but the most impactful deployments I made were of that hospital ship, the Comfort. It is a massive floating hospital, with its own generators, all of the capability to do high-end medical procedures right down to the most basic. It's exactly what's needed in this kind of situation. 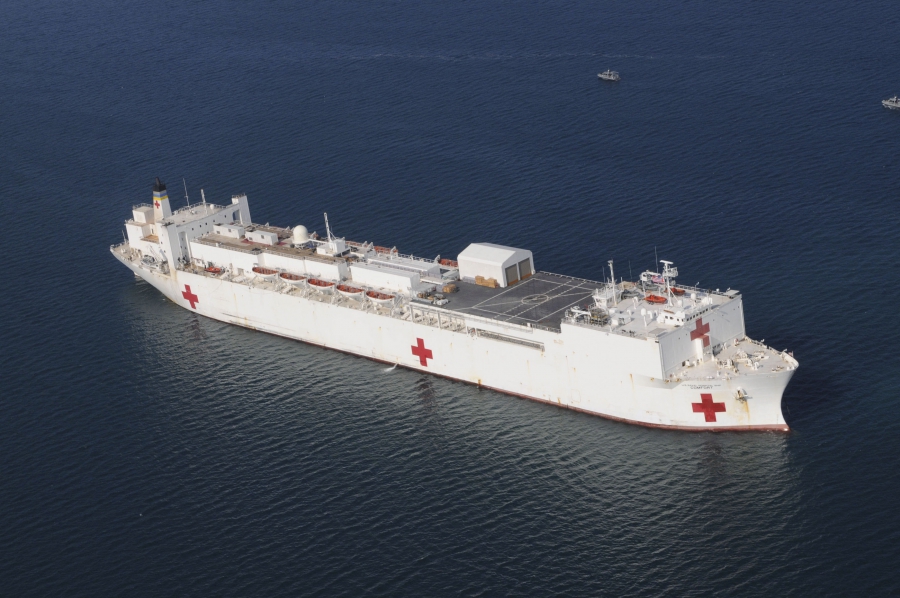 Does the pace of this whole military deployment to Puerto Rico feel to you like it's been slow? And is that even a fair question right now?

I think it's a fair question. It does feel a little bit slow to me, but not outside of the bounds of what I have seen in other big operations, like the Hatian earthquake in 2010 or Katrina, here in the US. The nature of these kinds of disasters is that it does take two or three days to assess and evaluate.

Secondly, I think it's worth remembering that Maria is not a stand-alone hurricane. The military had already responded to Harvey and then Irma. And then comes Maria. This is really an extraordinary witches' brew of massive unpredictable storms. Having said all of that, it does feel a little bit slow. I think the military is making up for that now. When this is over, we're going to look at the terrific job our US military will have done in Puerto Rico, which is in desperate need.