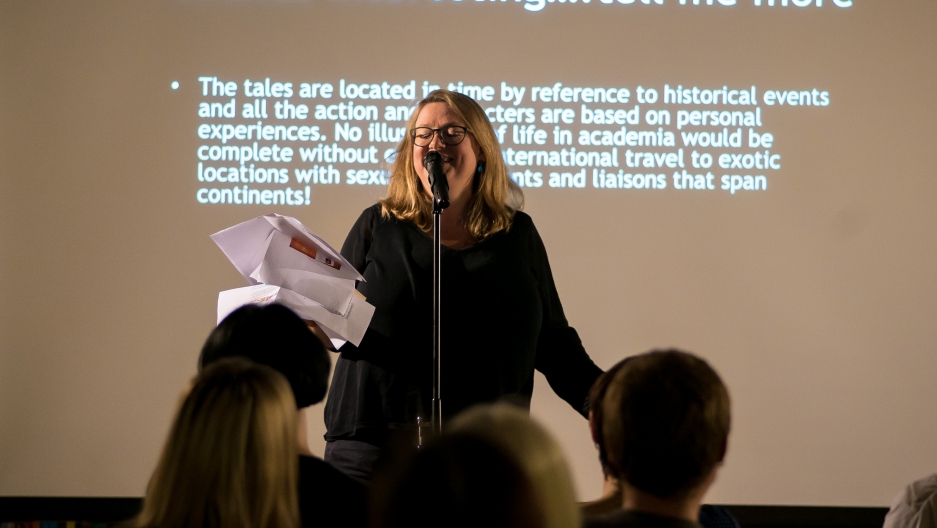 Sophie Scott performing stand-up at the Bright Club, an organization through University College London that allows professors to become comedians for a night

Neuroscientist Sophie Scott is fascinated by laughter — and she thinks that cognitive science and psychology are missing out by ignoring it. A neuroscientist at University College London, Scott studies how we distinguish between “social” or “voluntary” laughter (the way you politely laugh at a co-worker’s jokes) and “authentic” or “involuntary” laughter (the kind that causes you to gasp for breath).

She’s found that children are unable to tell the difference between the two, and our ability to discriminate doesn’t hit its peak until we’re in our 30s.

“That suggests that you’re learning about social laughter throughout your entire early adult life, probably because you can only learn about it in social interactions,” Scott says.