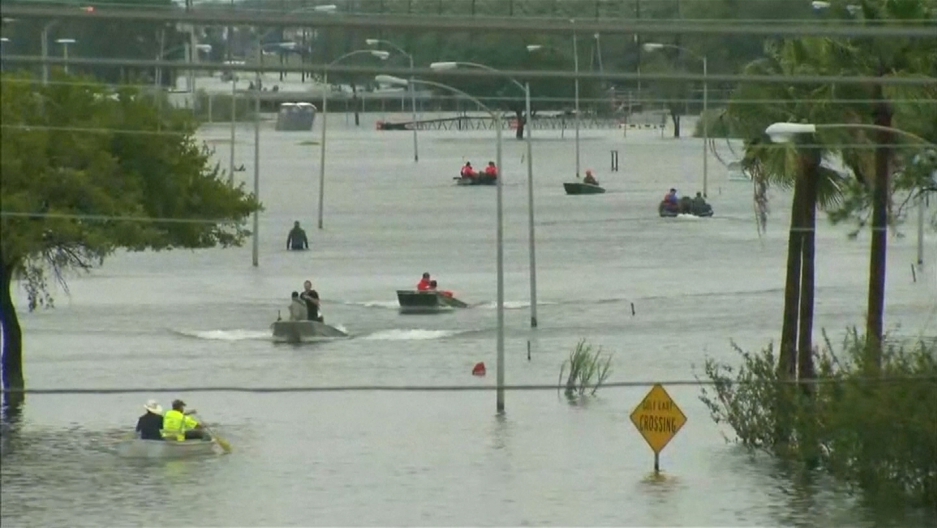 First, it rained bullets. In a town, somewhere in Texas.

Ann is describing her husband’s final fit of rage. “My kids' father shot my house up. Tried to kill us,” she says.

Ann didn't want to use her last name or other identifying details — she’s still in danger. But, she was lucky. “[None] of us ... not one bullet touched us.”

Ann took the kids and came here, to Beaumont, Texas. They're staying at Family Services of Southeast Texas's Beaumont Shelter — the only domestic violence shelter in a six-county area. Two days after she arrived, it really started raining. This time, it was Hurricane Harvey. “When we woke up, me and my children, we stepped in water. And then we looked out the window, and it was just water. And it just started coming in, coming in. And so, me, I tried to get the towels, thinking it was just our area. It wasn’t. It was the whole wing.”

She started to panic. “So, I’m sitting there and I’m thinking to myself, ‘Oh wow. What am I gonna do?’ Do I go back to my abuser? Because you have no money. You’re just in a bad place.” 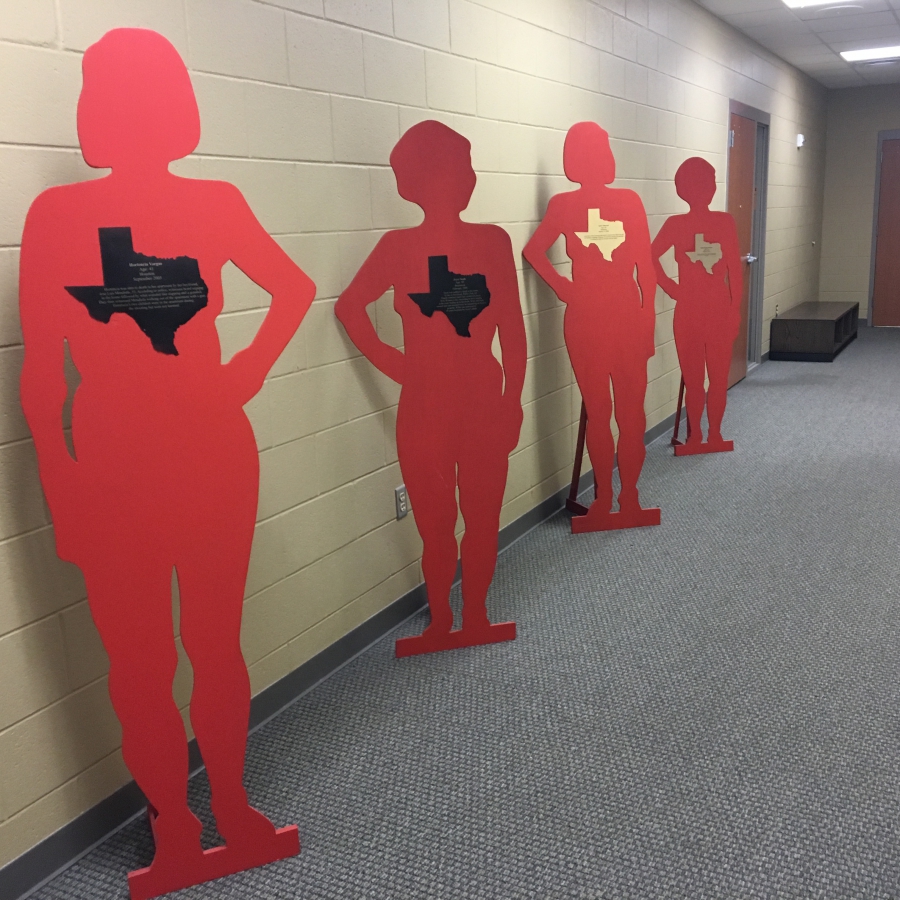 At a domestic violence shelter in the Houston area, these cardboard cutouts represent women in Texas who've been killed by their partners.

Deep down inside she knew. She knew exactly how the story ended if she went back. “I mean, he’s pretty much telling you, ‘I’m [going to] kill you.’ You ... you, you see what’s gonna happen next.”

Ann wasn’t the only one who was worried. Deborah Tomov is the director of the Beaumont shelter. She says for battered women evacuating during natural disasters, it's “very complicated. Because a lot of the women have cut ties with their families, their friends. They don’t have the same support network. And some of them, you know, [are] starting over. So, they’re here by themselves.”

Taking them to public shelters is risky. “It’s a small community,” Tomov explains. “So, if you are running away from your abuser, the concern is that your abuser can find you in a place like that, where everybody is just there in one place.”

Tomov had to move quick. The water was so high, the fire department had to come get shelter clients. They were taken to the civic center. After several days there, they were all sent to Dallas. In the end, Ann decided not to go back to her husband. “I told the kids, ‘It’ll be like an adventure.’”

Irma, Harvey, Maria — it’s been a month of sheer devastation throughout the Caribbean and the American South. The hurricanes affected everyone in their path. But these natural disasters also highlight deep social divides. They make it clear that, in an increasingly mobile world, not everyone is mobile. Not everyone gets to leave. And not everyone gets to come back.

About 80 miles south, in parts of Houston, the damage from Harvey is tremendous. As I drive down one of the main avenues, rows of little houses stare back blankly at me, their insides spilled on the sidewalk. Soggy couches, tables, chairs, closets. But amid the devastation, another domestic violence shelter — it's called Bridge Over Troubled Waters — remains unscathed.

The shelter stood strong — but Moseley tells me, a lot of these women still lost what little they had. And for them, it’s going to be an especially uphill battle to rebuild.

We keep walking through the shelter, and I meet a woman named Ashley in the hallway. Ashley, who also didn't want to use her full name, for her safety, sits down next to me on a bench under a fluorescent light and strokes her pregnant belly. We start chatting. “I never expected to be in this situation. ... You know, I’ve always had a family. And a home. ... So, it was just ... it was ... ” Ashley is talking about the hurricane, but also, about what her husband did to her months ago, in Corpus Christi. She doesn’t go into detail. She just calls it “the incident.”

“When the incident happened, I just had no choice but to take off. I really don’t have anybody. So, this is the first time that I really am having to do it on my own.” She says she’s fortunate this shelter was built strong enough to withstand the storm. But she worries about what’s next. She’s on a waiting list to receive housing. In the wake of Hurricane Harvey, as many as 40,000 homes have been lost. She worries she’s no longer a priority. And she gets it.

“These people out there have lost ... I can’t imagine ... just out of nowhere losing their home, and your life was together, and you’re just stranded with your family.” Ashley pauses and laughs sadly. “Well, I can imagine.”