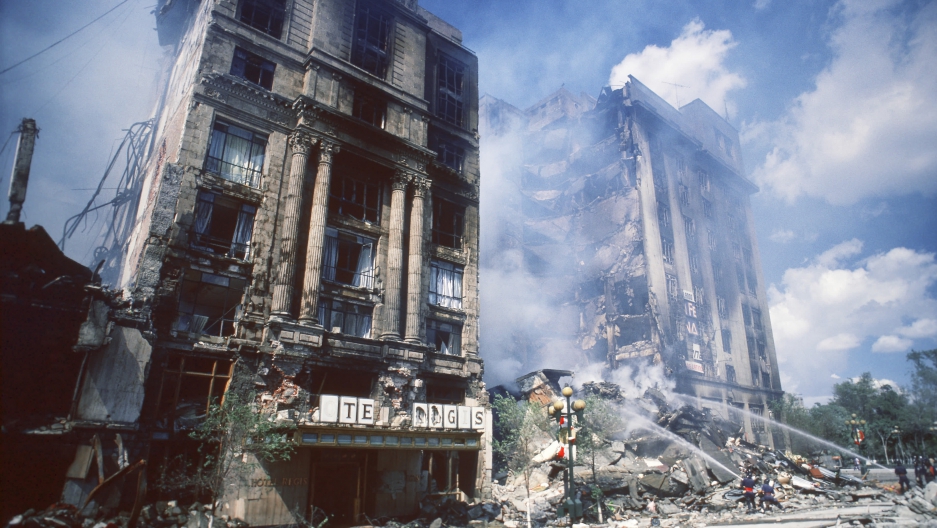 Destruction from the 1985 Mexico City earthquake. Exactly 32 years later, another massive earthquake struck Mexico. This time, Bocxe was a victim. The apartment building where he and his family lived collapsed, leaving him in intensive care and killing his wife.

Wesley Bocxe got his break in photojournalism covering a devastating 1985 earthquake in Mexico, which killed an estimated 10,000 people.

It's one of the many dramatic stories unfolding after the country's deadliest earthquake in decades crushed apartment blocks, schools and office buildings, claiming more than 300 lives.

Bocxe grew up in New York City in the '70s. His first pictures were of his skateboard buddies. But Bocxe was a teenage troublemaker. And so, in his late teens, his parents sent him to Peru, where his mom was from originally. 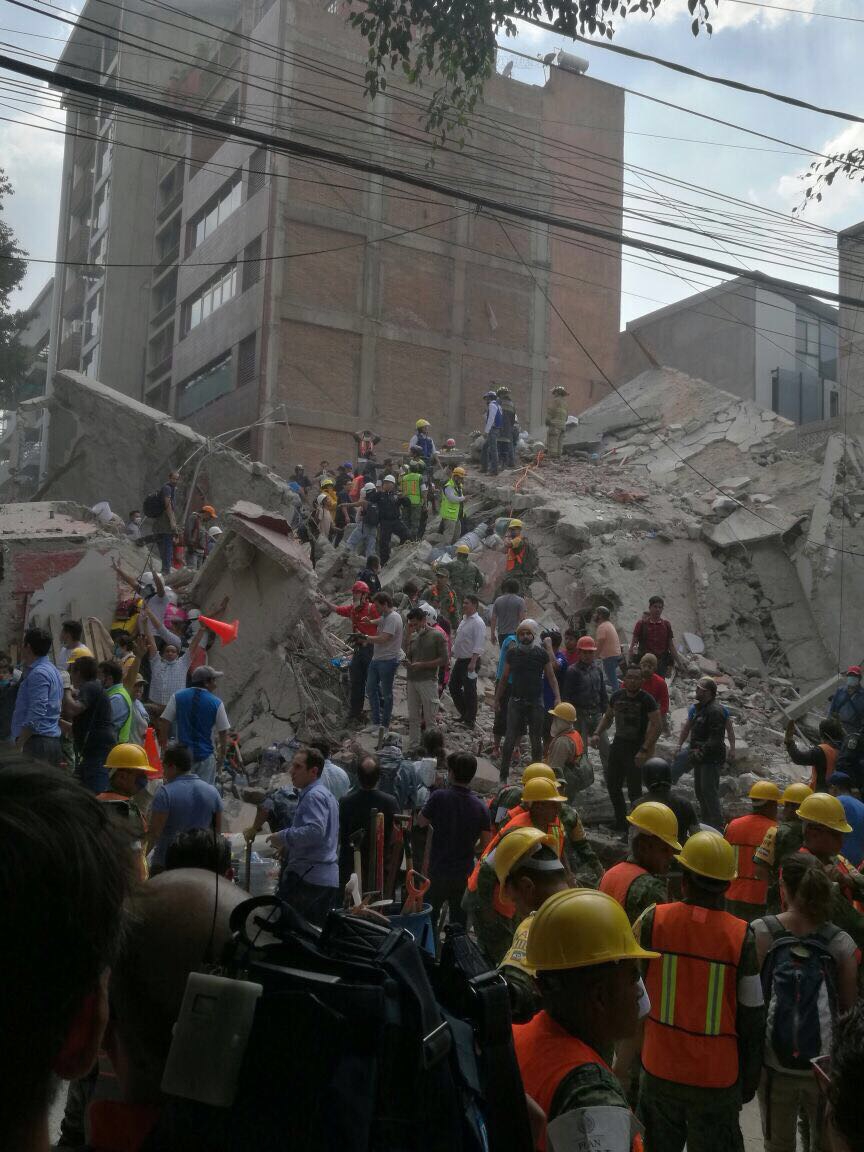 The home of Wesley Bocxe was destroyed in the Mexico City earthquake on Sept. 19.

The hope was that a little time with family outside of New York might improve his behavior. Bocxe took his camera with him, and it's there that he got his start as a photojournalist. He eventually got a job with Reuters. When the 1985 Mexico earthquake hit, he was sent to Mexico City.

Related: Desperate search for survivors after powerful earthquake in Mexico

In an old interview conducted in Spanish, Bocxe said he considered his “first great coverage” to be that earthquake. “I saw things I never imagined I would see. It was something that even today I remember them as if it were yesterday," he said.

Video journalist Miguel Real, one of Bocxe’s longtime friends who also covered the 1985 earthquake, said Bocxe knows the image he wants to capture.

“I remember him — see him work in the rubbles, in the buildings. He was very patient. When he want something he was waiting for hours and hours just to get the right picture,” Real says.

Bocxe has covered more than a dozen wars as a photojournalist — from Nicaragua and El Salvador in the 1980s, to the first Persian Gulf War, and the siege of Sarajevo in the early '90s.

At that time, Real says, “He was the lone wolf correspondent” — always going after his own angles, “covering the story nobody else covered.”

“I don't remember Wesley to be scared and say, ‘Don’t go. Don't cross that line,’” he adds.

But Bocxe became disenchanted with war coverage because he didn’t like the fact that journalists increasingly had to be embedded with military units.

Around 2011, he retired from full-time photojournalism, settled in Mexico City, and started making and selling bags for carrying photography equipment. His early styles were based on bags Nicaragua’s Sandinista militants used to carry bullets for their guns.

Leslie Mazoch, a photo editor at The Associated Press in Mexico, bought some of Bocxe's equipment, and later she and her husband became friends with Bocxe and his wife.

"The last time we were with them was about a month ago in their apartment,” Mazoch says, her voice breaking. “They had us over for breakfast. And Wesley made us waffles. With like, cream — all kinds of cream, and coffee. And Amara, their daughter, was there. And just had a lovely normal Sunday breakfast in Mexico City." 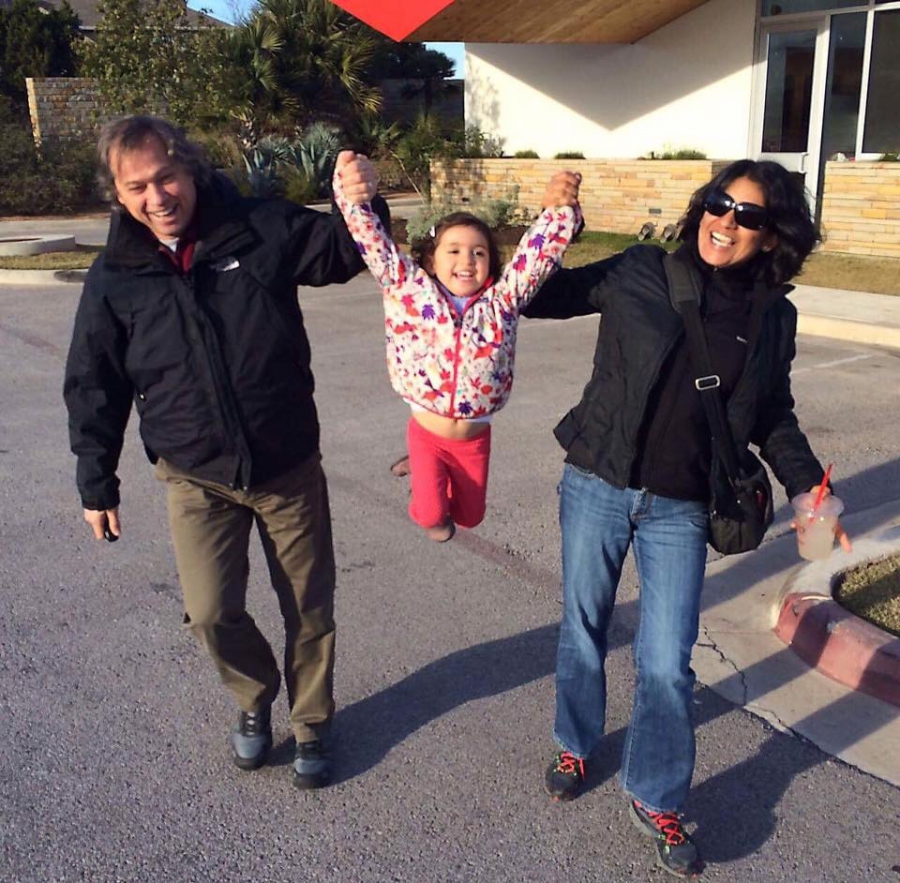 Wesley Bocxe with his late wife, Elizabeth Esguerra Rosas, and their daughter Amara.

And then, 32 years to the day after the '85 earthquake, another powerful, 7.1 magnitude earthquake ripped through central Mexico. Mazoch says Bocxe and his wife were in their penthouse seventh-floor apartment in the neighborhood of Condesa.

“I got off work at 7, and I'm going through my mind of all the people I still need to check on,” says Mazoch. “Wesley and Elizabeth are not answering their phones. And I start freaking out. And so, I walk over to their apartment and I see it's collapsed.”

Bocxe was found seriously injured on the street. Esguerra Rosas was missing for a day before her body was found. Their 5-year-old daughter Amara was at school and survived.

Four days after the quake, mourners sang as Esguerra Rosas was buried. Bocxe was still in the hospital.

Video journalist Real says it's horribly ironic that Bocxe covered so many wars, only to have an earthquake devastate his life.

“In the war zones, you control your safety. You know how to move. You know how to control the situation. You have limits,” Real says. “With nature you cannot control anything. We don't know how to deal with nature. And I think nature is something you have to respect.”

As of Tuesday, Bocxe remained in intensive care. Friends and family say he knows his wife has died. They are hopeful he will survive.

Related: Hundreds of Mexico City buildings may now be uninhabitable