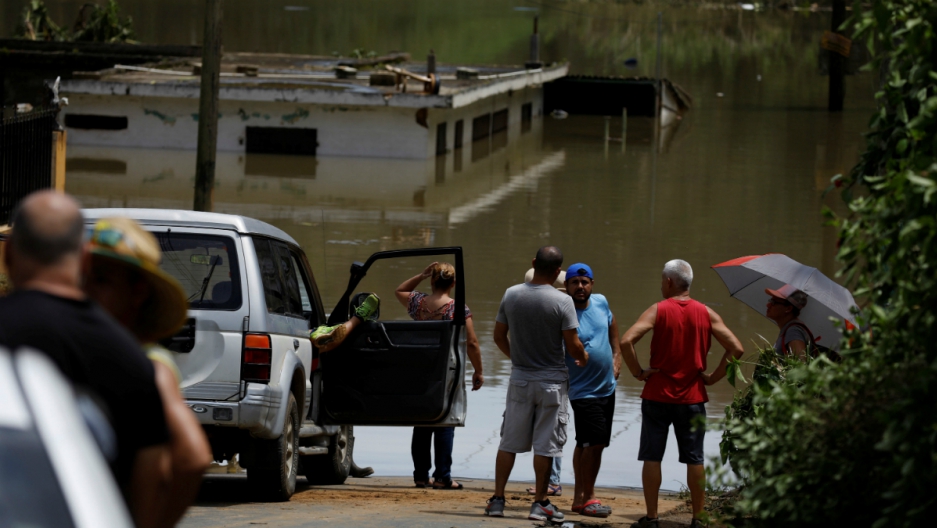 Local residents look at the flooded houses close to the Guajataca lake dam on Sept. 23, 2017.

It’s been five days since Hurricane Maria tore through the island of Puerto Rico, killing at least 16 people, damaging homes, roads and fields and leaving millions without power.

The Trump administration says it will "continue to do everything it can" to provide assistance.

But Frances Robles, who has been reporting from Puerto Rico for The New York Times, says help has been slow in coming.

“I went to [the town of] Arecibo on Saturday,” says Robles, “and there was definitely the start of what looked like a humanitarian crisis.”

People were rapidly running out of basic supplies, like food and water, and there didn't seem to be any clear plan at all, for how to restock.

“[People] were literally breaking into stores, stores that were covered in mud, and they were wiping off the mud and trying to determine what could be salvaged," says Robles. "So, for example, potato chips. You know, if you wipe off the bag you can still give a kid a bag of potato chips. And that’s what people were doing to eat.’’

You can hear more of Frances Robles’s reporting from Puerto Rico above.