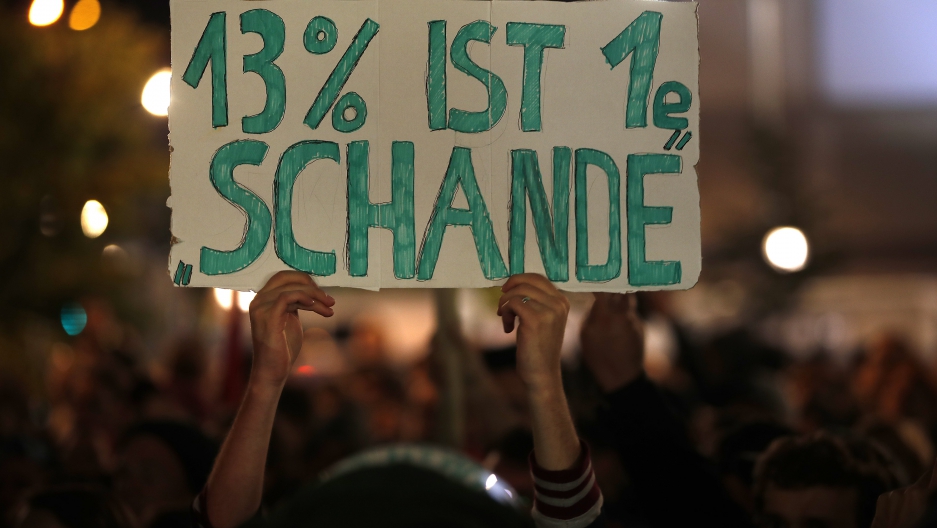 A demonstrator holds a poster reading "13 percent is a shame" during a protest against the anti-immigration party, Alternative für Deutschland (AfD), after the German general election in Berlin.

Angela Merkel has won her fourth term as chancellor of Germany, as expected. But things are likely to be different this time around.

Germany continues to grapple with a refugee crisis, and the nationalist sentiment that’s come to the forefront in recent months has finally resulted in concrete political consequences.

Related: Merkel's party wants to deport thousands to Afghanistan, but this refugee says it's unsafe

The center-left Social Democratic Party fared even worse and plans to abandon the “grand coalition” with Merkel’s party to become their opposition in parliament.

AfD has been “very very successful in propagating nationalistic, authoritarian values and ideology, and that is not just going to go away anytime soon,” says Elisabeth Wehling, a political language researcher at the University of California, Berkeley, who’s been studying the German election.

She says that AfD’s rhetoric — referring to "floods" of refugees, immigrants "streaming" into the country and a "tsunami" of foreigners — creates "intense images in people's minds," Wehling says, "a notion of threat, of immediate danger to the nation." That language was repeated in the political sphere and in the media and helped frame the issue on AfD's terms.

You can listen to the full interview with Elisabeth Wehling above.