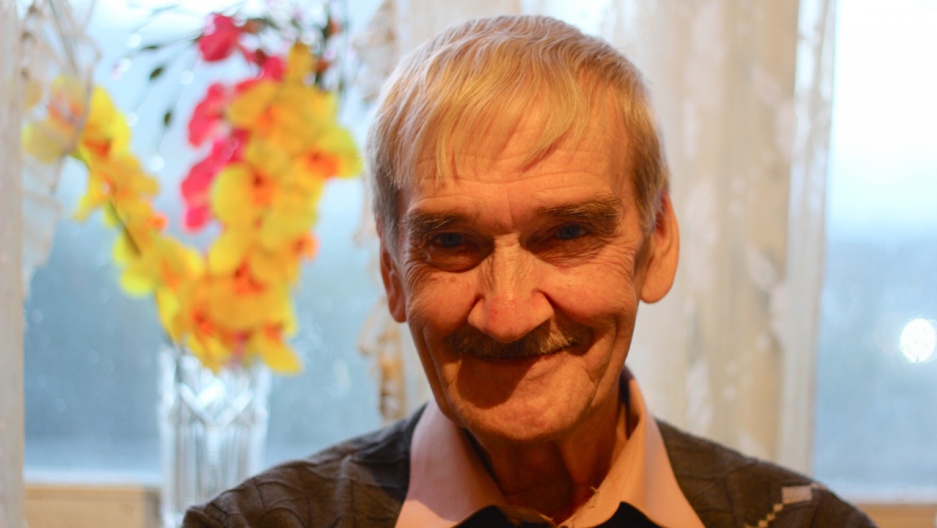 Stanislav Petrov made a split-second decision that probably averted a nuclear conflagration. “I told myself I won’t be the cause of World War III. I won’t. Simple as that,” he said.

Stanislav Petrov, a Russian hero of the Cold War, died in May at his home outside of Moscow. However, his death went unmarked until this month.

Petrov, 77, was largely unheralded in his own country, despite an act of bravery that likely prevented nuclear armaggedon and kept the world in course.

To understand his choice, first dial the clock back to the summer of 1983.

Even for the Cold War (not to mention now), it was a low point in US-Russian relations. President Ronald Reagan had just declared the Soviet Union “the Evil Empire”; a Soviet jet had sparked international outrage by shooting down a civilian Korean airliner, killing scores of people. In the Kremlin, hardliners were increasingly convinced a US attack was imminent.

Against this global backdrop, a 44-year-old colonel named Stanislav Petrov began his assignment at the Serpukhov-15 nuclear monitoring station outside Moscow, feeling lucky as can be.

“Honestly, it was beyond my wildest dreams,” Petrov recalled in a 2016 interview with The World.

“I was working with the latest technology — working with satellites. And the fate of the country rested with those systems. I felt like I was right where I needed to be,” he said.

Little did he know how right he was.

Petrov was in charge of monitoring early warning systems in an underground bunker. To American ears, his descriptions of Serpukhov-15 sounds like something out of Dr. Strangelove: The dark, cavernous room, the giant screen beaming grainy satellite images of the globe, soldiers working in the computer-lit dim.

Petrov recalled how, in monitoring US missile launches, he and his crew developed a certain admiration for their American counterparts on the other side of the world.

“We didn’t see them as our enemy, not for a second,” Petrov said. “They were like our rivals — the other team — like you have in sports.”

And like any game, it grew tedious the more they played.

Petrov recalled settling into the same routine day in and day out, week after week — grueling 12-hour shifts staring at the screen. A real life movie where nothing happens on endless repeat.

Petrov insisted his crew was jolted but not panicked. They had trained for this. And he quickly began checking the computer readings of additional satellites.

The problem? Their data, too, seemed to confirm the strike.

With every instrument around him indicating the attack was real, Petrov knew he had just minutes to inform his superiors if the Soviet leadership were to launch a response.

And this is where his story takes an unexpected turn.

After five tense minutes — time “beyond emotion,” according to Petrov — he came to the conclusion that something wasn’t right. Instead of notifying the chain of command of impending doom, he recorded the moment as a system malfunction.

Until the end of his life, Petrov insisted his decision was made more on gut feeling than logic.

“I told myself I won’t be the cause of World War III. I won’t. Simple as that,” he said. “If they imprison me, OK. But something told me that over there, on the other side of the ocean, are people just like me. They probably don’t want war.”

Petrov was never honored by the Soviets for his role in averting catastrophe. But, thanks to a Soviet general’s memoirs published during the post-Soviet 1990s, the story of Petrov’s actions came to light in the West.

He was awarded international peace prizes, a docu-drama about the event, “The Man Who Saved the World,” was released in 2014.

Despite the attention, Petrov always rejected the idea he was some sort of pacifist.

“What kind of soldier can be a pacifist? The idea’s absurd,” he said.

Still, until his death, he had a constant stream of visitors to his spare apartment outside Moscow — many of them journalists eager to have him retell the story of that night in September 1983. Petrov would claim he never cared for the attention, though he did occasionally enjoy some of the perks of celebrity.

He recounted once being taken down to an American nuclear monitoring station during a trip to the US. Entering into the chamber, he found the lights, the controls — even in English — instantly familiar.

Petrov was finally in the other team’s locker room on the other side of the globe, yet one thought struck him.

Petrov died May 19 in Russia.