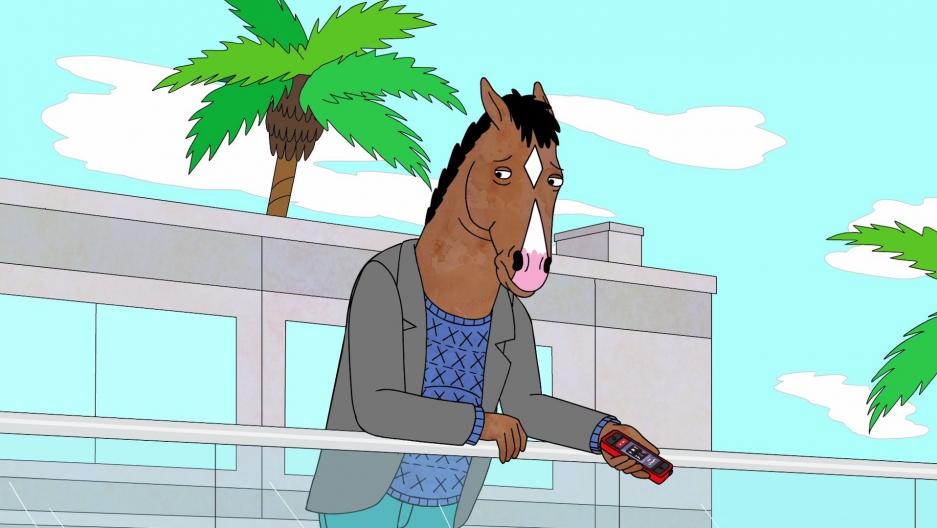 BoJack Horseman is an animated Netflix series about a washed-up ’90s sitcom star living in the Hollywood hills.

Now in its fourth season, the show continues to strike a remarkable balance between anthropomorphic cartoon hilarity and existential bleakness. The show’s creator, Raphael Bob-Waksberg, thinks that’s the secret to a successful satire.

He talks about comedy and his influences in film and TV — from “Who Framed Roger Rabbit” to “Mad Men” and explains why we all should be watching “The Newsroom” (the Canadian TV show, not the Aaron Sorkin one). He also talks about the recurring joke on “BoJack Horseman” about what he sees as some of the inflated credit given to comedy writers who went to Harvard and worked on the Harvard Lampoon.

“People who go to Harvard are the first to be like 'oh my God, no, yeah — Harvard's full of morons.'" Kurt Andersen, who happened to have worked on the Harvard Lampoon, throws his fellow alumni under the bus and tells Bob-Waksberg he agrees.