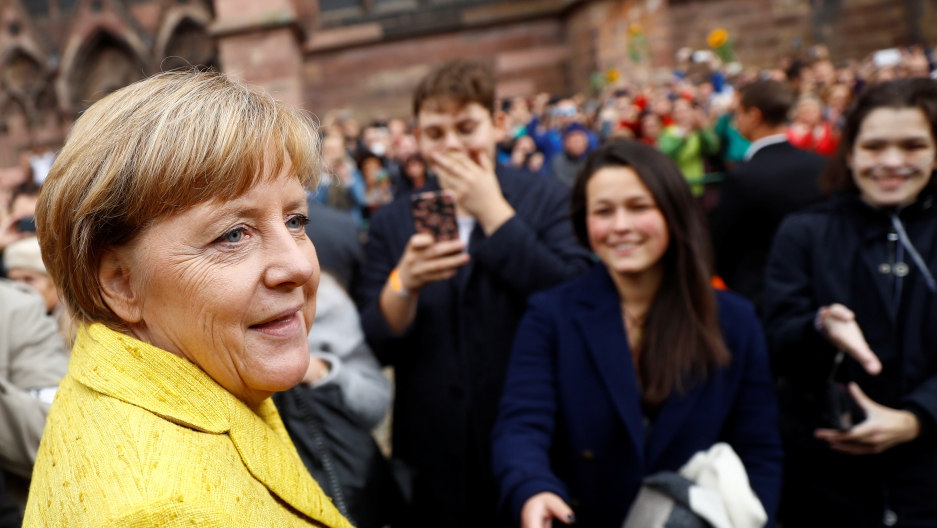 German Chancellor Angela Merkel is one of the most powerful women in the world.

For 12 years, she has been a role model to many women and is expected to win a fourth term during the national elections on Sept. 24.

But it might be a surprise to some that progress for German women, as a whole, has been slow.

Women in Germany make 21 percent less than men — a higher pay gap than the European average of 16 percent. And despite Merkel holding the highest office in the country, very few women fill leadership positions in other industries.

“There are more CEOs in Germany called ‘Thomas’ than there are women CEOs,” says Katrin Bennhold, a New York Times reporter who has covered gender equality in Germany.

She says there are several factors that could help explain the lack of progress women have made under a female chancellor, including historical and cultural biases against working women. The insult “raven mother,” for example, compares working mothers to ravens, which are said to push their young out of the nest.

Bennhold, who grew up in Germany and has lived in the US, says that feminist movements in the two countries have different approaches.

For example, Benhold says, “Hillary Clinton claimed the term 'feminist' for herself and made her campaign in part about the rights of women.”

Childcare and parental leave policies have improved under Merkel’s leadership, but she hasn't made gender equality a political priority, and she has always shunned the label of feminist.

“I think one reason she hasn't [accepted the label] is that she knows it would put people off,” says Bennhold. “The term 'feminist' today in Germany is a very negative term still.”

You can listen to the full interview with Katrin Bennhold on today's episode of The World, above.