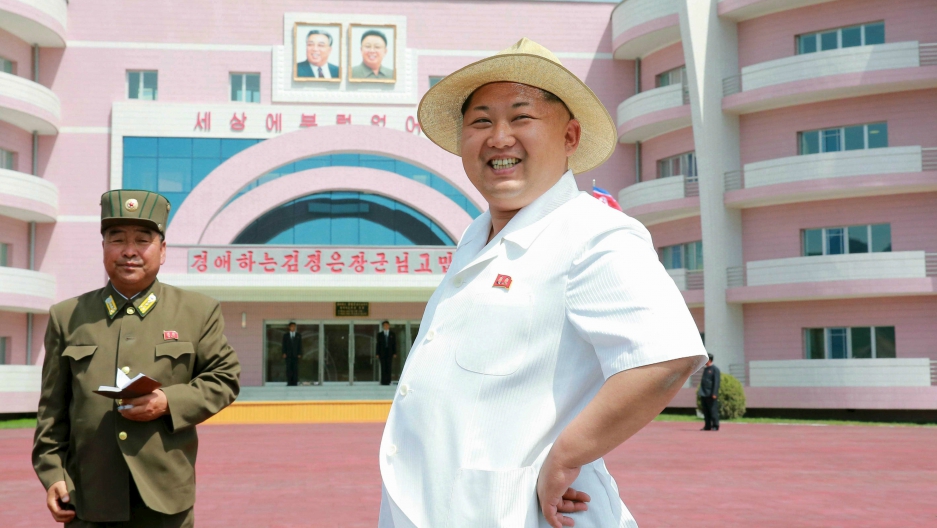 North Korean leader Kim Jong-un provides field guidance to the Wonsan Baby Home and Orphanage in the run-up to a ceremony for their completion, in this undated photo released by North Korea's Korean Central News Agency (KCNA) June 2, 2015.

It’s no secret that in recent years, North Korea has stepped up efforts to expand its nuclear weapons stockpile.

More quietly, though, it’s been stashing another commodity: bitcoin and other cryptocurrencies.

According to a report by the security firm FireEye Inc., North Korean hackers have been targeting South Korean cryptocurrency exchanges.

“These are essentially places where people can buy or sell cryptocurrencies ... like bitcoin or ethereum. It's similar to how you might trade on the stock market, but specifically for cryptocurrencies,” says Luke McNamara, the FireEye analyst who wrote the report.

FireEye has confirmed that South Korean cryptocurrency exchanges have come under attack at least three times in recent months. Researchers believe the North Korean hacking group behind these attacks is working alongside the Kim Jong-un regime.

Related: Bitcoin's having a crazy 2017

“Because this is based out of North Korea and a lot of other targeting we’ve seen them conduct has been of strategic interest to the North Korean regime, we assessed a high likelihood that this group is working in concert with the [Kim] regime,” says McNamara.

So why go after cryptocurrencies? And why target South Korea’s exchanges?

“If you also look at the amount of daily trading volume in South Korea, it's pretty significant and makes up a big portion of the global trading encrypted currencies,” McNamara explains. “It makes logical sense that if you're interested in stealing bitcoin, these exchanges are a big centralized target to focus on.”

At the same time, despite some hiccups, bitcoin and other cryptocurrencies have seen massive increases in value in recent years (for example, despite a drop this week, bitcoin is up 200 percent this year). 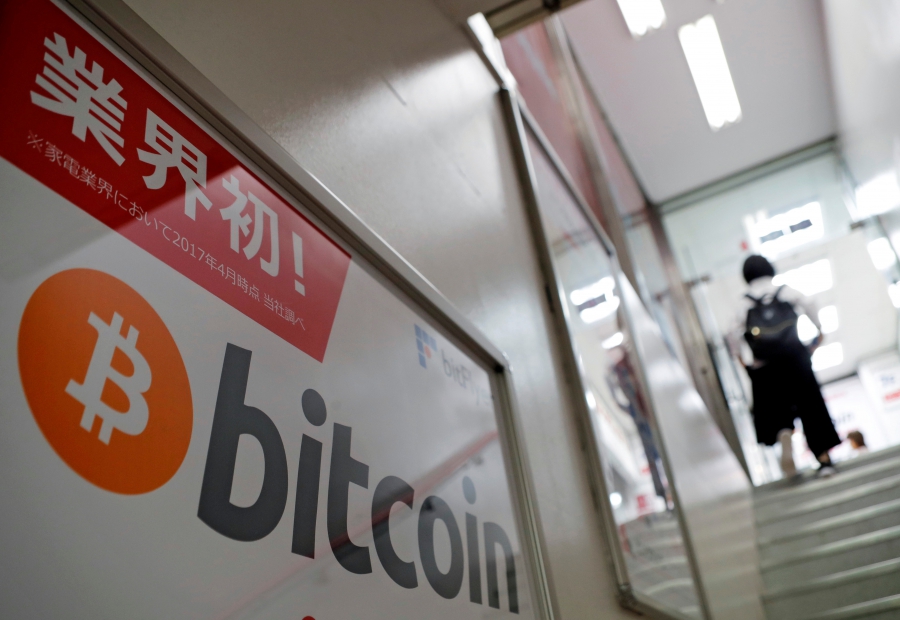 A logo of Bitcoin is seen on an advertisement of an electronic shop in Tokyo, Japan September 5, 2017.
Credit:

Successfully infiltrating a digital wallet (which North Korea has done at least once, according to the report) could translate to a big pay-day.

“They could transfer that out ... to a more anonymous exchange to erase the trail and then ... cash it out for hard fiat currency,” says McNamara.

Because transactions are generally anonymized on both ends, McNamara says North Korea can use bitcoin and other cryptocurrencies “to get around ... any money laundering controls in traditional markets.”

“Sanctions play a huge role in this,” says McNamara said. “Cryptocurrencies definitely allow them one way to evade sanctions” and could be used to evade trade restrictions.

As Pyongyang has stepped up efforts to infiltrate digital coffers and expand its virtual currency stash, the Chinese government has been cracking down on the exchanges where trading takes place. On Thursday, bitcoin's value took a major plunge after one Chinese exchange announced it would be shutting down.

McNamara warns against interpreting China’s crackdown as a strategic move. But others, including Peter Tchir, an executive at Brean Capital LLC, are leaving the question open, Bloomberg reports.

“What I cannot tell is whether the Chinese crackdown and alleged North Korean involvement in bitcoin was an excuse to unleash their inner bitcoin bears,” Tchir wrote in a note to clients, published by Bloomberg, after Jamie Dimon, JPMorgan Chase & Co. Chief Executive Officer, and Jeffrey Gundlach, founder and CEO of DoubleLine Capital, slammed bitcoin.

“It also would not surprise me,” Tchir’s note continued, “if they are getting a sense out of D.C. that the alleged North Korean involvement is a good excuse for governments, globally, to take a whack at the increasingly popular market for cryptocurrencies in all its forms.”