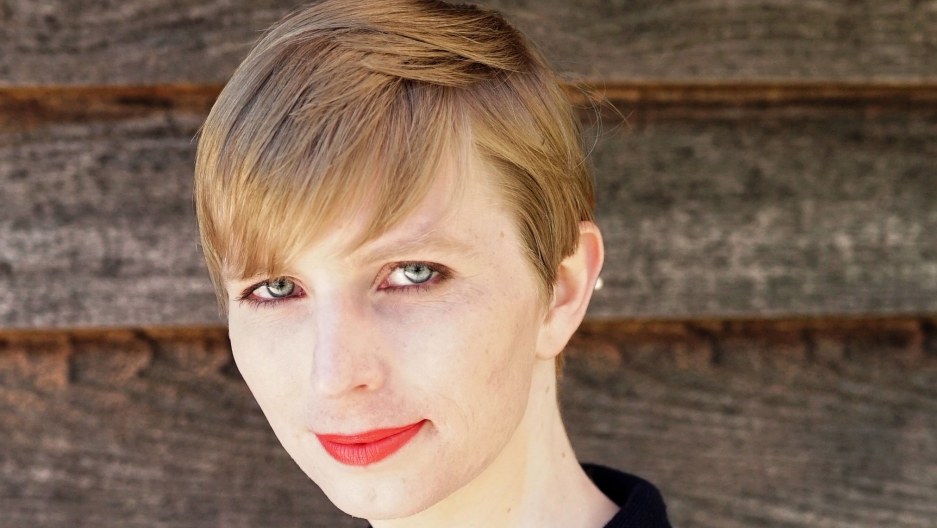 Chelsea Manning is in the news again.

The 29-year-old former military whistleblower is at the center of a dustup at Harvard University's prestigious John F. Kennedy School of Government.

The school invited her to speak to students and faculty and, as is often the case with such guests, dignified her with the title of visiting fellow. That outraged many military and intelligence veterans.

So, early Friday morning, the Kennedy School backed down.

Manning is one of the biggest leakers of secrets in US history. As a young soldier in Baghdad, Manning was appalled by what she perceived as war crimes happening. So, she arranged to give massive amounts of classified material to WikiLeaks, which promptly published them. (Here are a few highlights from the files.)

Manning was eventually caught, brought to trial and convicted of 17 charges, including five counts of espionage. She received a 30-year sentence, which was later commuted by President Barack Obama. She was released from a military prison in Kansas in May after serving seven years.

To many in the military and intelligence community, Manning is simply a traitor, who put them and their comrades in danger.

"To bring someone in, who, as a member of the military, broke faith with her brothers and sisters in arms [and] put America's warriors at risk by divulging classified information — that's a traitor. That's a treasonous act," says Kevin “Kit” Parker.

Parker is a professor of bioengineering and applied physics at Harvard. He’s also a former army paratrooper who served multiple tours in Afghanistan. He's still a lieutenant colonel in the Army Reserve.

"What Chelsea did,” he adds, “to release this information and expose these people to greater peril, I mean, I just don't know how to describe it; I mean, what an extraordinary betrayal."

“Many people in Harvard's veterans community, and we've got about 200 veterans on the campus, feel as if they've been betrayed by Harvard,” Parker says.

Parker sent a letter of resignation to the Kennedy School, where he had been teaching a joint program on innovation. He says he will, however, remain at the engineering school.

Other protests came thick and fast.

So early on Friday, the Kennedy School reversed course: Manning can still come speak, but will not be called a visiting fellow.

In a statement, Dean Douglas Elmendorf said the invitation was never an endorsement of Manning's conduct. Elmendorf said he didn't realize people saw the title of visiting fellow as a particular honor. But now he sees that that was a mistake.

The flip-flop has now placed the Kennedy School under fire from other quarters.

“It seems that Harvard knew exactly what it was doing when it invited her to be a visiting fellow,” says Spencer Ackerman, national security reporter for The Daily Beast, “and decided that it wouldn't stand by its own decision, and that's unfair to Chelsea Manning.”

Ackerman takes particular issue with the idea that Manning's leaks caused harm to anyone. “We can't say that these leaks had no impact,” he says. “They clearly had some. But as we're trying to — in the benefit of hindsight — figure out what, in fact, the harm was, we get a wall of government secrecy and a wall of indignation.”

“So, there’s innuendo,” says Ackerman, “[and] that has the effect of enabling cowardly decisions, like the Harvard decision to disinvite Manning.”

“We get typically the most lurid descriptions of what the impacts of these leaks are,” Ackerman adds. “They turn out not to manifest, and then there's not really a lot of push for a disclosure, a taxonomy, and accounting of what the actual harm was."

He points out that no evidence of specific harm was presented at trial.

Other security specialists disagree. Former intelligence attorney Susan Hennessey tweeted “This is straight up nonsense.” They highlight the risk of even nonspecific breaches of security and potential future risks.

This is straight up nonsense. https://t.co/oBLxZuPMHE

But Ackerman says there's a wider issue to consider here: “We all, as a society, ought to take a deep breath, and consider if we want to continually punish people who've done their time, particularly when the actual impact of their crimes is a fact not [produced] in evidence.”

Manning herself tweeted that she was "honored to be 1st disinvited trans woman visiting @harvardfellow," adding that, "they chill marginalized voices under @cia pressure."