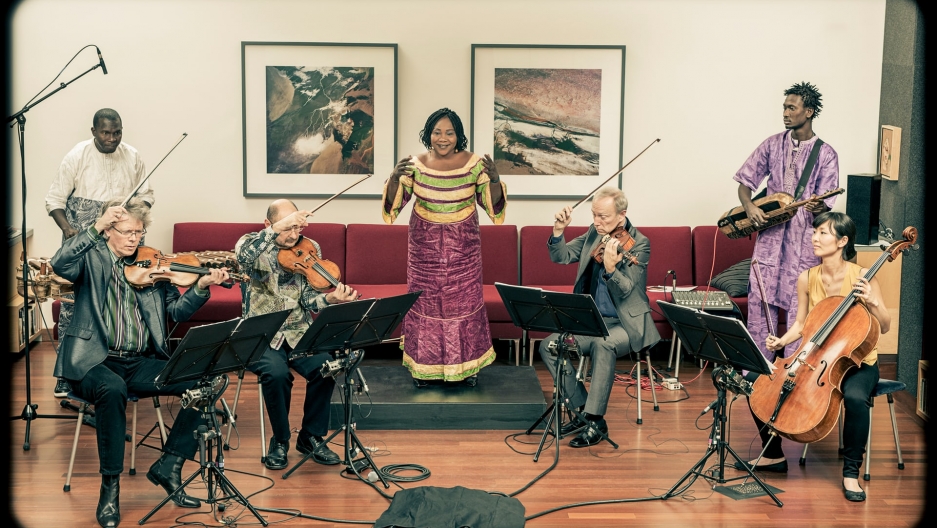 However you want to label the sound of Kronos Quartet, it's led them to some surprising and extraordinary collaborators.

Their new collaboration is with Trio Da Kali, three traditional griot musicians from Mali. Together they've released one of my favorites this year. It's called "Ladilikan."

David Harrington is the founder of Kronos Quartet — a group that's been making adventurous music for more than 40 years. Harrington says he's always been curious about new sounds.

"It started when I was a kid and I heard Bartok's music for the first time. And at my high school there was some amazing recordings of African music, drumming music from Ghana ... and I guess you could say I've been trying to enlarge my own definition of what music is ever since then."

Related: How Bonnie Raitt's pursuit of the blues led her to world music

Is there a way to define the music of Kronos Quartet? It is classical fusion? Or maybe world classical? How about the term "world music?"

This year, The World has been marking the 30th anniversary of the creation of the term "world music."

But even that phrase doesn't quite work for David Harrington. "I have to that say I am getting more confused by not only that term, but every musical term, to try to define genres or sorts of music."

Maybe there's no reason to define. Just listen and feel it.

Listen to more of The World's interview with David Harrington above.