The weather in the Peruvian city of Piura has been extremely unusual for the last couple of years. First came a crippling drought in 2016 that dragged on so long, the government declared a state of emergency. Then, like the gods were answering prayers, it began to rain — but not the usual temperate rains. Starting this year in January, there were torrential downpours, every day, for months.

Yet what happened on March 27 shocked everyone.

“Please, we urgently need help,” cried Aracely Chero Mendoza, a resident of a neighborhood called Pedregal Chico which sits very close to Piura’s major river. Mendoza was calling a local professor she knew to get the word out that water was rushing into her village.

“We are 500 families here. Children who haven’t eaten,” Mendoza said desperately in her voicemail message.

That morning she woke up to a nightmare. The River Piura had breached. Water was rushing in, and everyone was panicking.

“The church is about to disappear under the water,” Mendoza added. She begged for help, adding the town is no longer a town, “now it’s a river.”

Ana Chero Ramos and her three children were one of the hundreds of families that awoke to flooding in Pedregal Chico. As the water rose, she and others didn’t wait for help to arrive; they grabbed what little they could and fled.

“We ran up into the nearby mountains,” Ramos said. “Everything was underwater, so we had to stay in the mountains.”

2017 has seen a high number of cities flood worldwide. It is estimated that some 1,200 people died across Asia in recent floods in China, India, Nepal and Bangladesh after heavier-than-usual monsoons. Flooding in the US and the Caribbean occurred most recently from hurricanes.

In many of these places, people had little warning that they should evacuate, and once flooded, there was little emergency relief infrastructure to help victims.

In Piura, the local government did not anticipate that the river would breach. According to Eduardo Pineda, Piura’s regional director for economic development, “without doubt we were unprepared.”

Pineda said staff worked day and night once the flooding began, but officials had been unable to warn people to evacuate because the river breach took everyone by surprise.

So, as soon as the waters subsided, and the immediate crisis of people displaced during the flooding was dealt with, his government began looking at why this happened, because knowing why might help them be more prepared in the future.

Pineda said they kept coming back to one thing: “Climate change is a reality.” 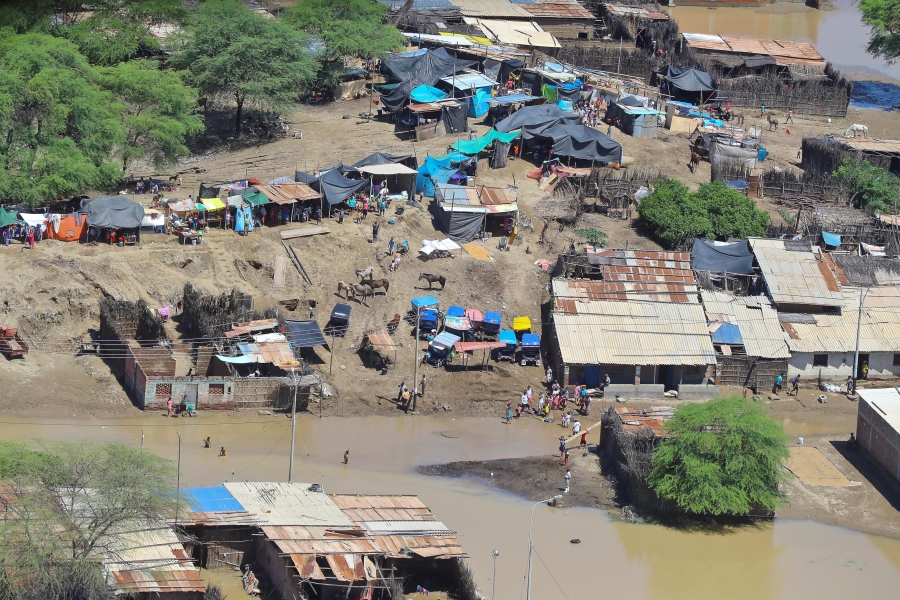 This is an aerial view of flooded streets in Piura, northern Peru, March 28, 2017.

Since 2016, Piura’s weather has been dramatically different from its normal predictable seasons. The couple of dry months Piura usually gets became a prolonged and crippling nearly yearlong drought, and the rainy season was a monthslong deluge. The weather snapped from one extreme to the other.

“We’re convinced that all these changes in our weather — the drought, the torrential rains — these are the effects of global warming,” Pineda said.

Consider just the rain pattern, he said. “Generally in Piura, in a normal year, we get about 100 mm of rain, this year we had over 300 mm of rain in just one day. We had about 2,400 mm of rain in three months,” Pineda said.

That’s 24 times what they usually get for a whole year.

Climate change probably didn’t cause all that rain or the drought that preceded it. This part of South America normally goes through wet and dry periods driven by the El Niño weather cycle. But it probably made them both worse than they would’ve been otherwise. Scientists say rising global temperatures are bringing more extreme weather to just about every corner of the globe.

That’s why the head of Piura’s national security and defense agency, Eduardo González, now has his team monitoring the weather as the most serious threat to the region.

One tool they use is a daily ocean temperature report. If the water is heating up, Col. González said, it means storms are coming.

“Normally, the ocean is between 19 and 21 degrees [Celsius],” González said. “Right now, it’s actually 17 degrees, so the water is cold. But at the beginning of the year, we noticed it getting progressively hotter, and then in January, the rains started.”

People need to be prepared, he said, and that means more than carrying an umbrella with them.

“We have a lot of houses that are quite flimsy, so we have to alert people if we think rains are coming so they can protect themselves, protect their children,” Gonzalez said. 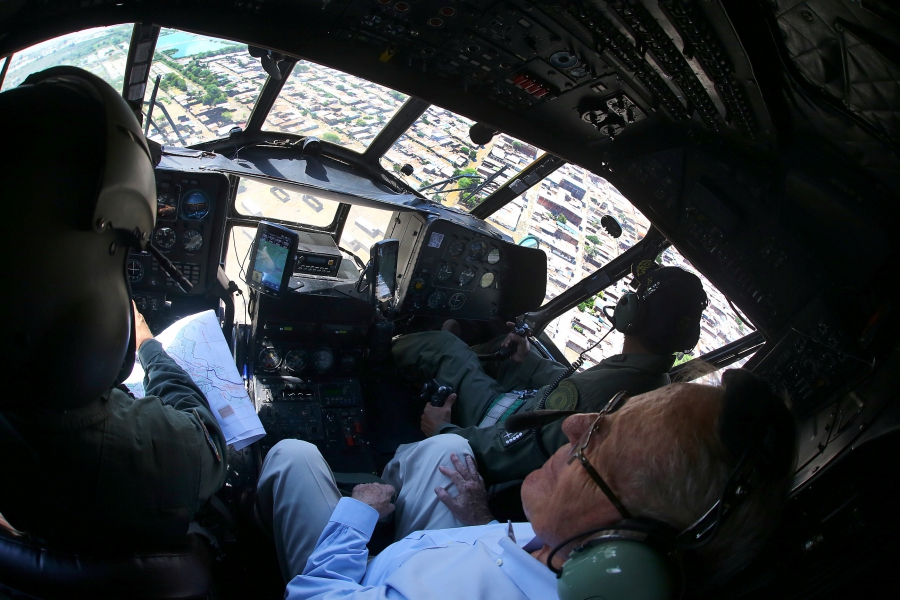 But it’s not just about the weather.

Another big problem the local government identified, according to Ronald Ruiz Chapilliquen, Piura’s regional general for the environment, was that the river that breached had been robbed of its natural protections over the years.

“A lot of the damage occurred because of deforestation around the river, and the river’s natural outlets into the ocean have been closed off. There was just too much water for the river to hold,” Chapilliquen said.

One major lesson learned that requires immediate action, he said, is that the land around the river must be reforested to help it hold more water. There are also plans to try to balance out some of the extremes by building a reservoir system to capture rainwater from the downpours as reserves for times of prolonged drought.

“We have to think differently now,” Chapilliquen said. “How do we capture the torrential rains, how do we regulate big flows of water, and if we can do that then maybe we can better defend our cities, our people.”

Piura’s local government is not stopping there. Next month, the city will host a conference on how climate change is affecting coastal and agricultural regions, seeking advice from scientists and industry experts on how they can be better prepared.