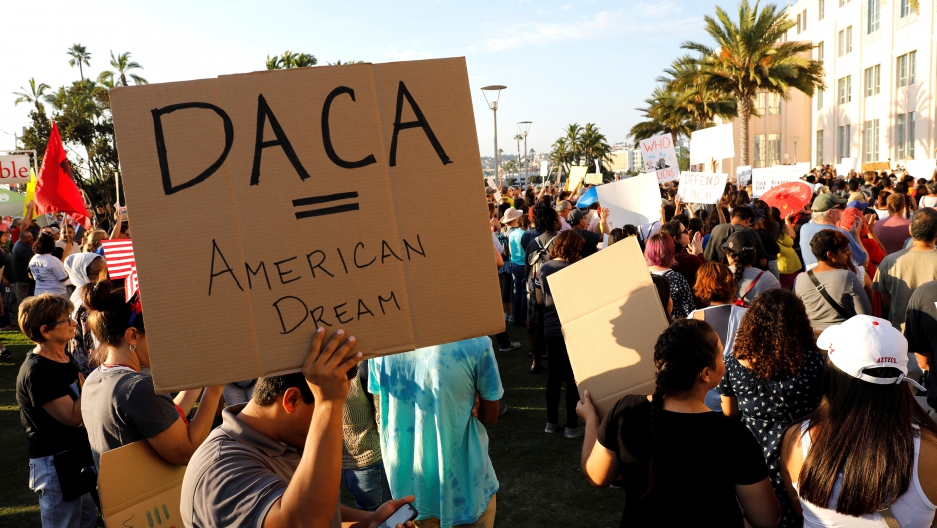 Egyptian-born physician Ahmed Ragab became a US citizen in Boston last Thursday morning. That afternoon he drove to neighboring Cambridge and broke the law.

Ragab joined 30 of his colleagues from Harvard and other nearby universities to protest President Donald Trump's decision to phase out the Deferred Action for Childhood Arrivals program, which protects young immigrants who came to the United States as children. 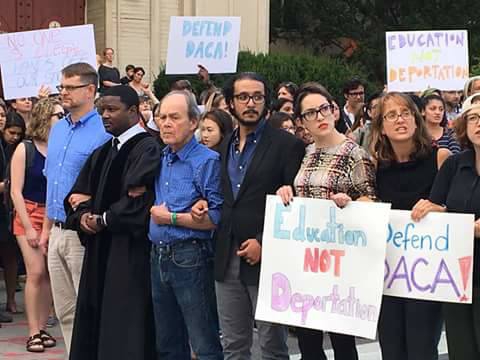 Thirty-one professors from Harvard and other Boston universities were arrested Thursday when they protested  the decision to phase out DACA, a program that protects young immigrants who came to the US as children.

Police charged the demonstrators with disturbing the peace and disorderly conduct.

"We could disagree on what we believe is right, but disruption is actually a democratic tradition," says Ragab, who directs the Religion and Culture program at Harvard Divinity School. "This country is not built by the acts of a few politicians deciding what the laws should be. Whatever gains citizens have in this country were fought for in the streets."

Ragab was born in Egypt and graduated from Cairo University's medical school. He participated in the Tahrir Square protests that ultimately sparked the ousting of President Hosni Mubarak in 2011.

Ahmed Ragab wrote an op-ed about his decision to engage in civil disobedience, for The Washington Post. Hear more about his experience in the audio, above.