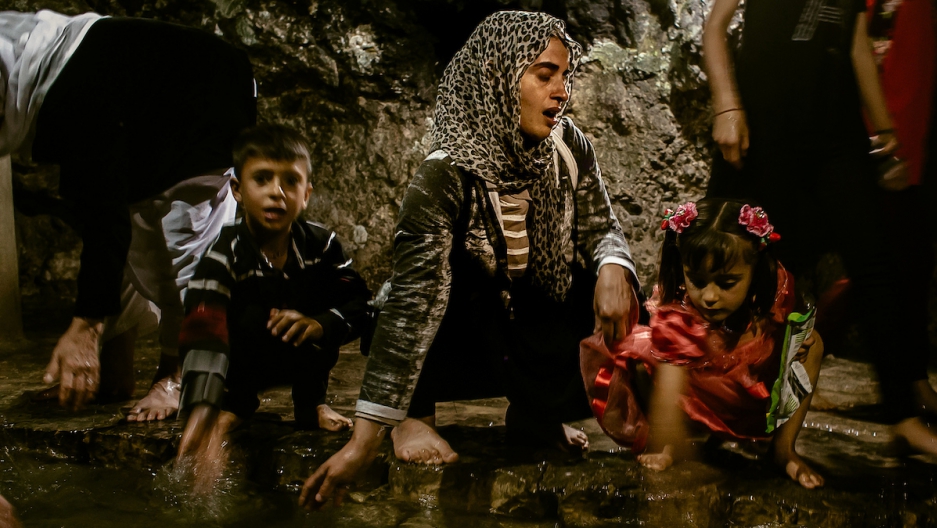 In a spring at the Yazidi holy site of Lalish, in northern Iraq, Turkia Hussein is accompanied by her children as she gives thanks for being reincorporated as Yazidi again after being captured by ISIS.

Their religious community suffered an attempted genocide at the hands of ISIS.

Though many escaped, thousands of the Yazidi minority group were killed when ISIS stormed across northern Iraq in 2014. It was the human catastrophe that the United States said led it to relaunch its bombing campaign in Iraq.

But the militants also captured and kept alive thousands of Yazidis. ISIS forced them to convert to their extremist version of Islam. Many of the captive boys were made to fight for the militants. Women and girls were frequently traded as sex slaves.

Now, with ISIS losing ground, some Yazidis are free from captivity and dealing with the trauma. Some are speaking out about their ordeal.

But to rejoin their own community, after forced conversion and emotional and physical abuse, the women must first undergo a form of rebirth ritual.

Traditionally, the ceremony is used for young boys and girls. Now, Yazidis say the extent of the militants' assault on them is a special case — it's required them to extend the ritual to adult women.

In June, we were among the first outside reporting teams the community allowed to attend and document a Yazidi reintegration ceremony at their holy site of Lalish, according to Yazda, a Yazidi aid group operating in Iraq. 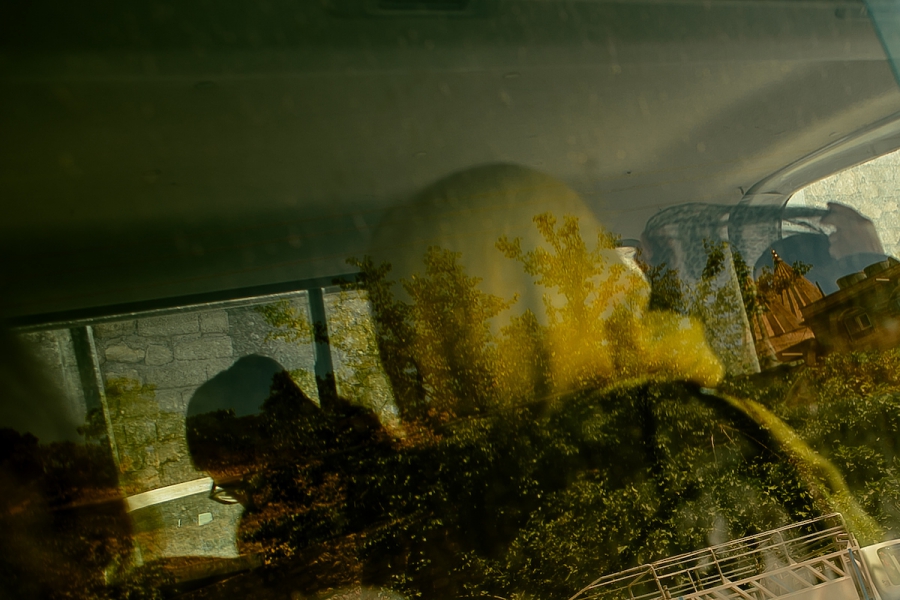 Yazidi women who were captured by ISIS in November 2014 in Sinjar, northern Iraq, return to their community and seek religious cleansing.
Credit:

One of the oldest minorities in Iraq, the Yazidis have been persecuted and targeted for extermination throughout history. In recent times, their villages were razed under Saddam Hussein's dictatorship.

Today, extremists continue to call them "devil worshipers" and attempt to wipe them out.

Turkia Hussein, a 25-year-old Yazidi mother of two, recalls the moment in August 2014 when ISIS — which she calls by its Arabic name, Daesh — invaded the town of Sinjar. Her husband was a member of the Kurdish peshmerga army. 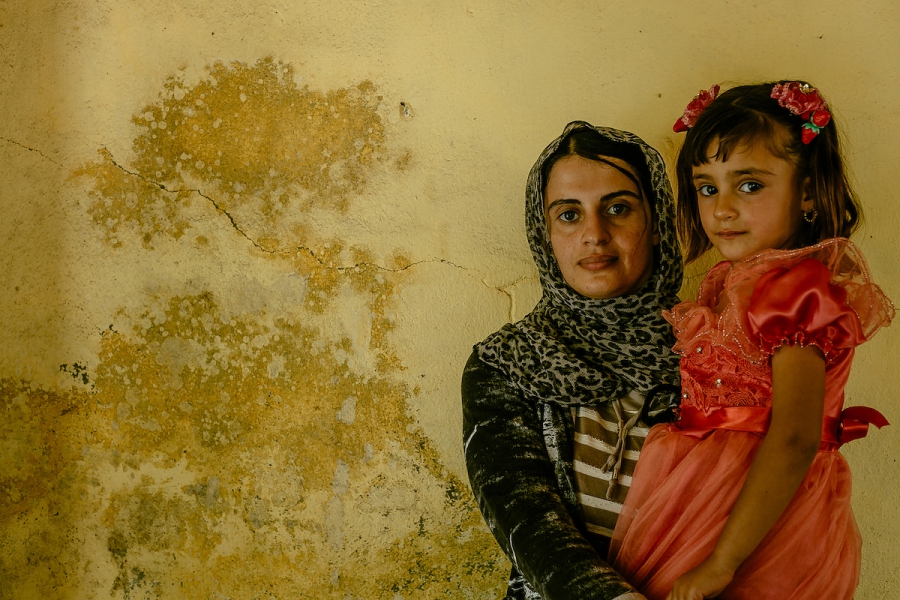 Turkia Hussein, 25, and her 2-year-old daughter Riwazi. The two have finally reunited after ISIS fighters captured the mother.

But they soon became vicious.

Many Yazidis were shot, beheaded or burned alive, and others died of starvation, dehydration or injury.

Those who survived were forced to fight alongside the militants. Younger women were taken as sex slaves and older women were put to domestic work.

Hussein tried to escape with her family. They got in a car and sped down a road leading to the semi-autonomous region of Iraqi Kurdistan. But on the way, ISIS militants intercepted them and took them captive.

Hussein was separated from her family and taken to Syria, where she was made to study and memorize the Koran. After converting her to Islam, the militants took her back to Iraq. In her two years of captivity, she says, they sold her as a sex slave 13 times.

Hussein says the Yazidi community understands she and other survivors were converted by force. The ceremony is meant to purge them of the their forcibly adopted religion and the harm they experienced.

"The community is helping us a lot. They respect our situation and respect us," she says. 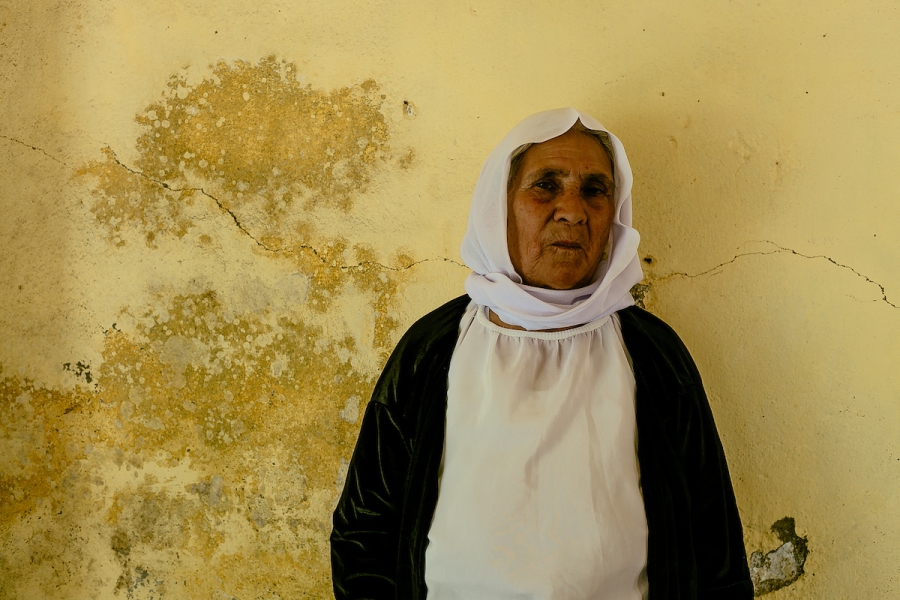 Hure Kaso Murad, 66 years old. "I pretended that I had become a Muslim, but inside, I was praying to Melek Taus, to God. I was a Yazidi from within." 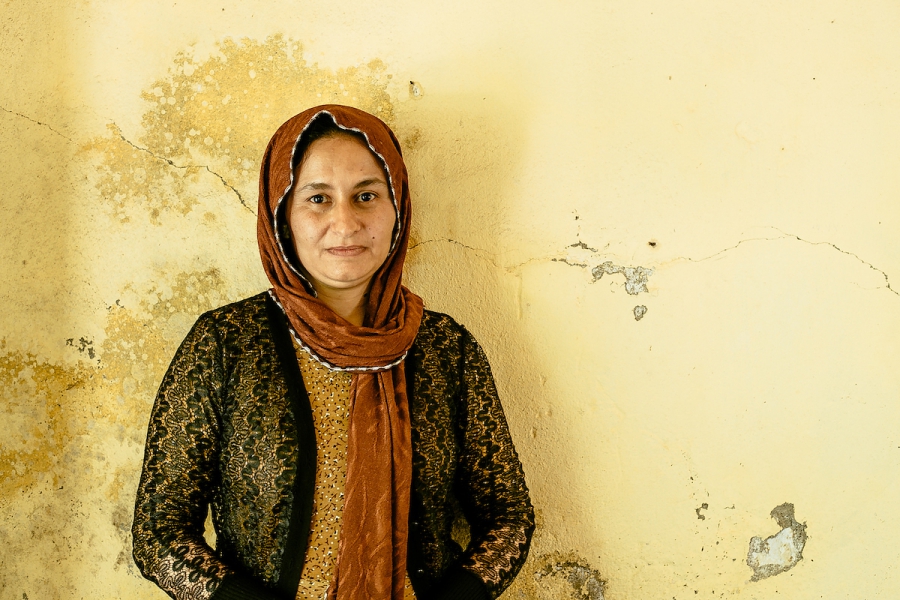 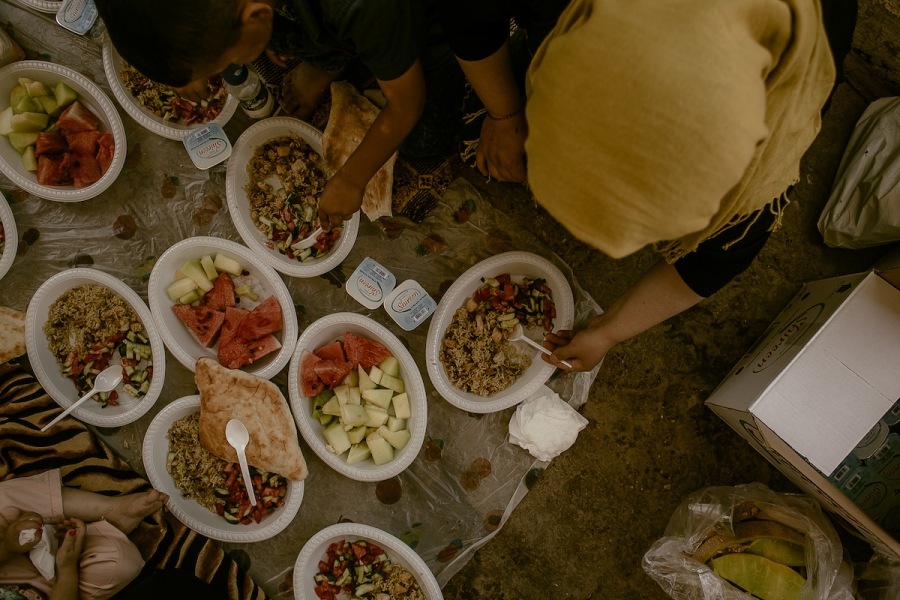 Women and children share a lunch before the reintegration ceremony begins. 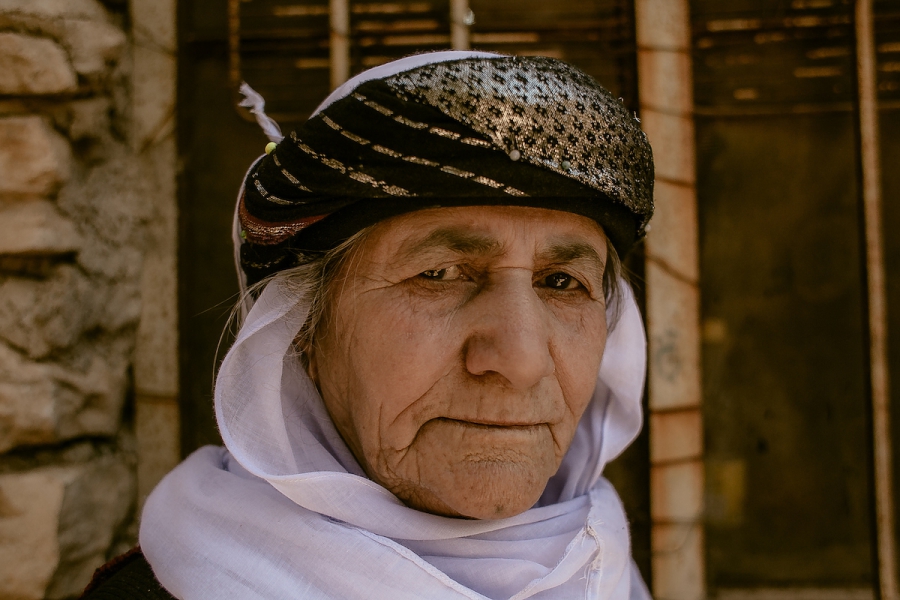 Asmar Asmail, a Yazidi religious leader, will conduct the rebaptism for Yazidi children and women. 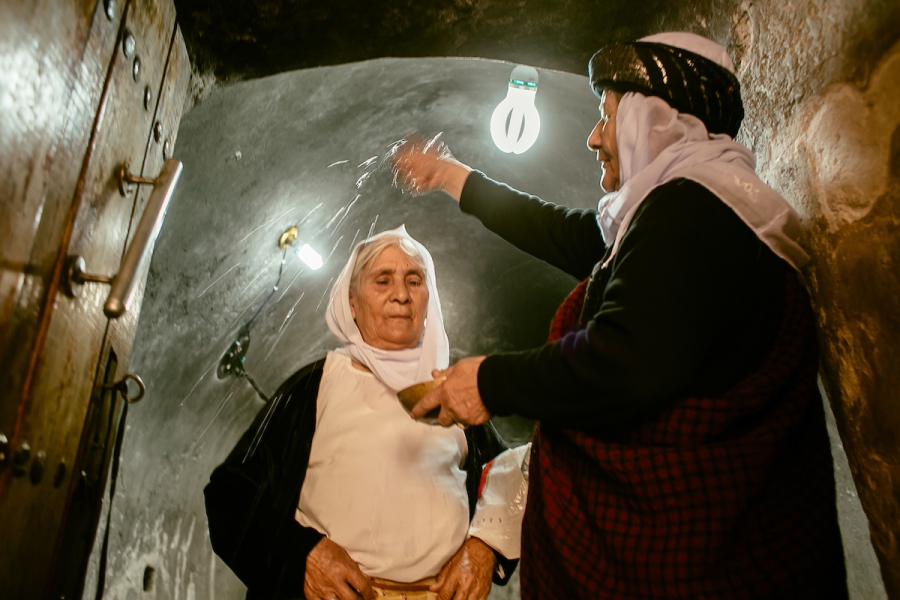 Yazidi religious leader Asmar Asmail pours water on the head of Hure Kaso Murad, a key step in the reintegration ritual after she was forcibly converted to Islam. 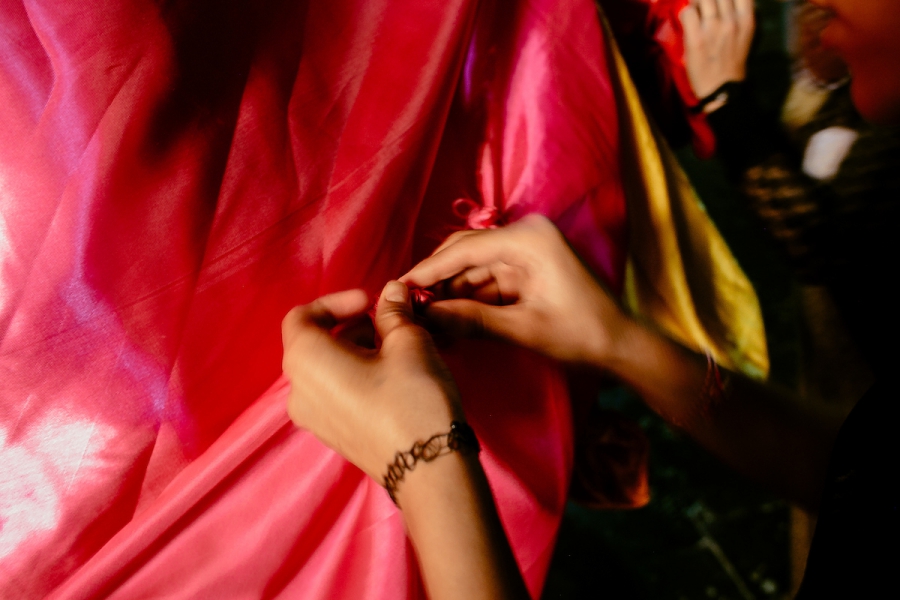 Each person must make three knots and three wishes for themselves in cloth. 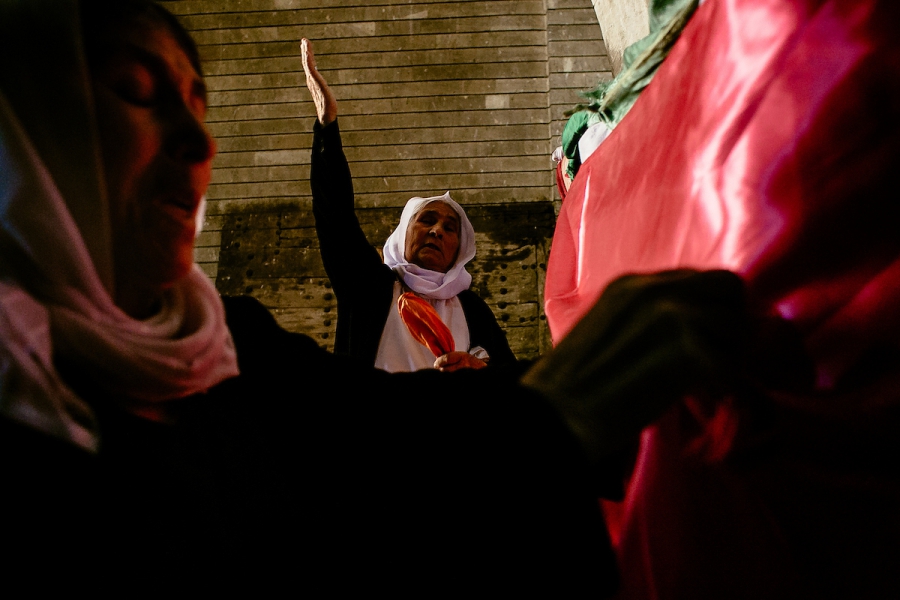 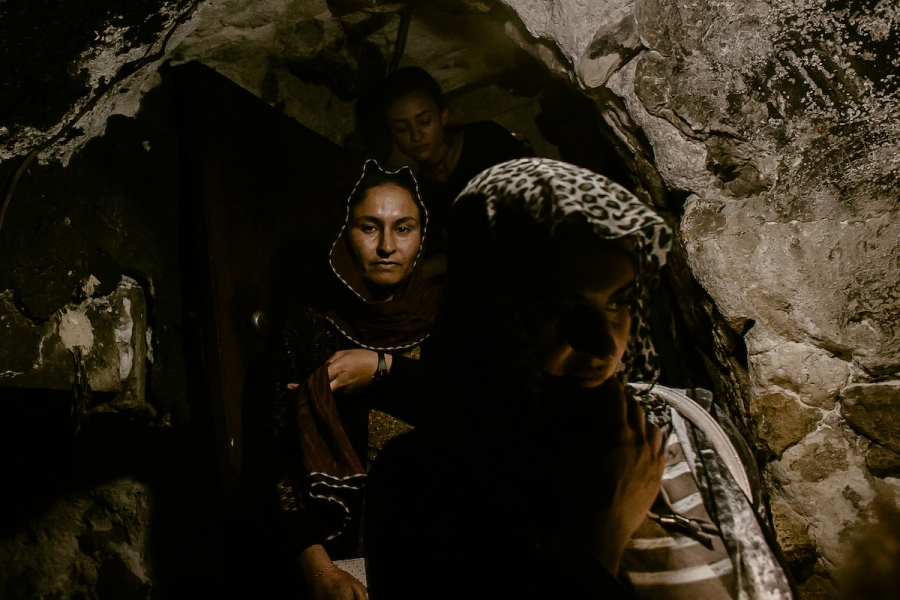 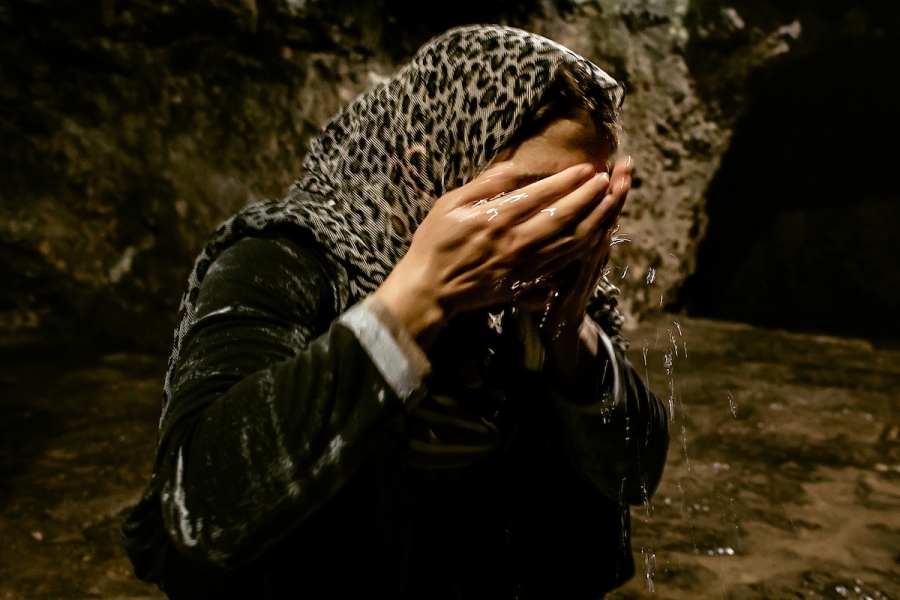 Turkia Hussein washes her face with sacred waters of the fountain. She is Yazidi again. 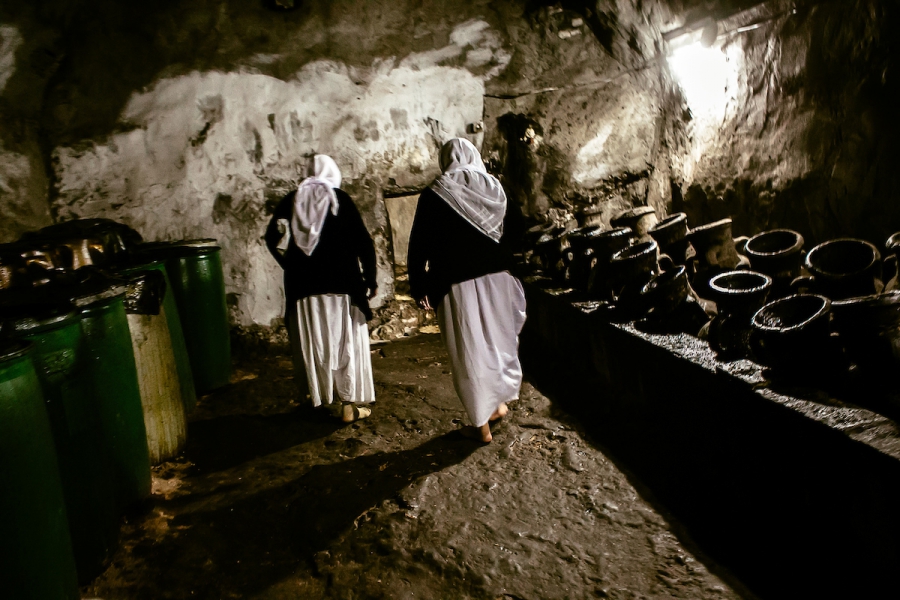 An area where Yazidis light candles for peace. 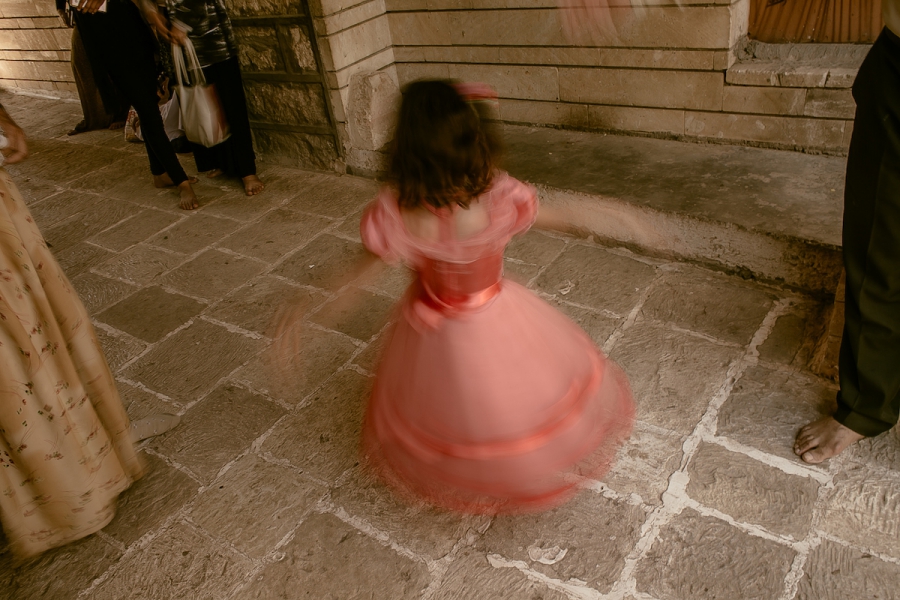 A Yazidi child is excited to greet her mother. 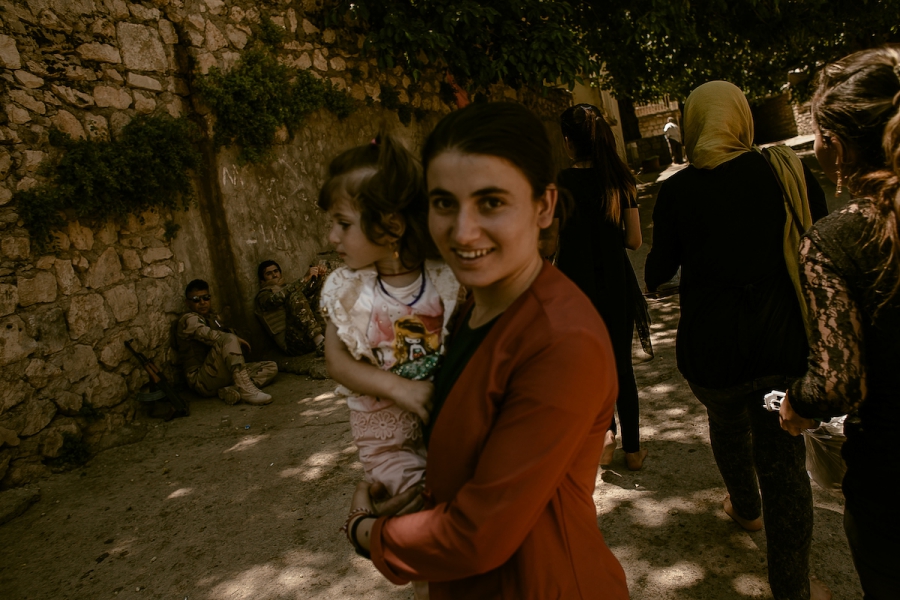 Under the protection of Kurdish peshmerga soldiers, a shrine in Lalish is safe enough for Yazidi women to revisit. 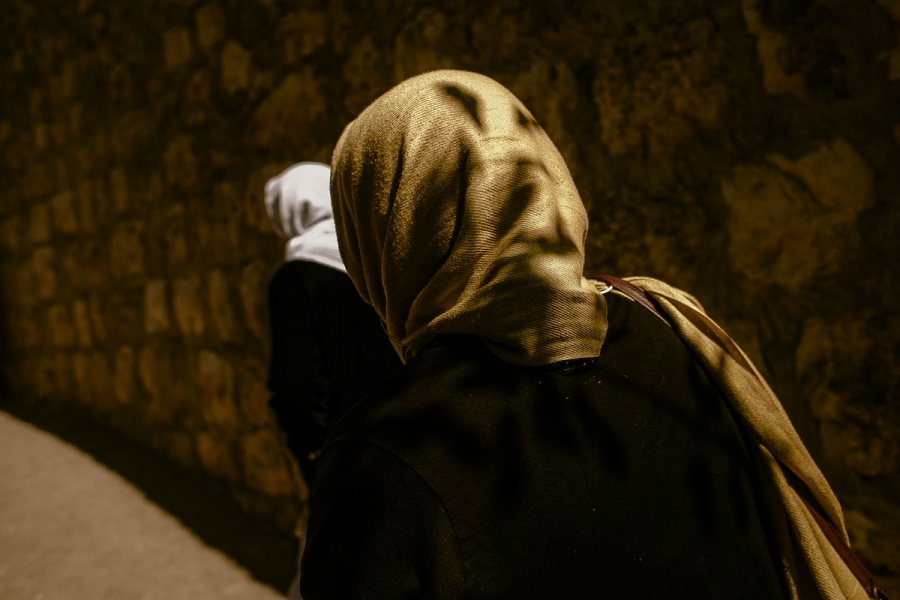 The women leave the ceremony area, now recognized as Yazidis once more.

Brazilian photographer Marcio Pimenta reported and photographed in Lalish, northern Iraq. You can listen to the BBC's Yolande Knell report from a similar Yazidi rebirth ceremony, which recently aired on The World, in the audio above.