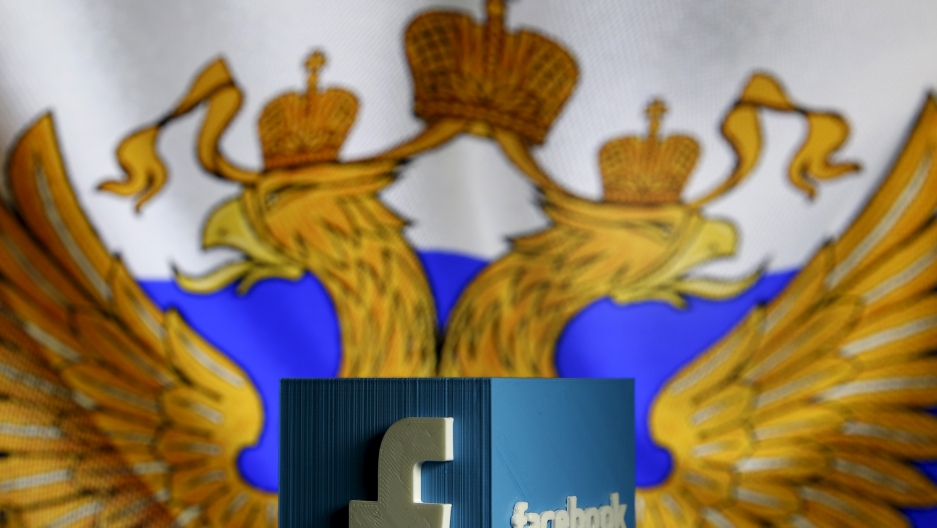 A 3D model of the Facebook logo is seen in front of a Russian flag in this photo illustration taken in Zenica, Bosnia and Herzegovina, May 22, 2015.

Facebook said Wednesday an internal review showed that hundreds of Russia-linked fake accounts were used to buy ads aimed at inflaming political tensions ahead of and following the 2016 US presidential election.

The review, triggered by concerns about organized efforts to deceptively use the leading social network to influence US politics, uncovered accounts that may have been part of an orchestrated campaign to exacerbate political divisions.

"We have seen the Russian government and its proxies spreading massive disinformation against Western democracies in order to interfere in elections — like in the US or in France — or ... to sway public opinion," said Jakub Janda, head of the Kremlin Watch Program.

While the amount of money involved was relatively small, enough to buy roughly 3,000 ads, the accounts or pages violated Facebook policies and were eventually shut down, according to Facebook chief security officer Alex Stamos.

"Our analysis suggests these accounts and pages were affiliated with one another and likely operated out of Russia," Stamos said in a blog post.

Most of the ads run by the accounts didn't directly reference the US presidential election, voting or particular candidates but instead appeared focused on "amplifying divisive social and political messages across the ideological spectrum," according to Stamos.

"If you are having domestic grievances and domestic political fights over [a] specific social or political issue, this is something the Kremlin would like to make even worse by ... means such as creating misinformation," Janda said.

The latest review expanded on a report released in April by Facebook on the use of "fake news" and "false amplification" on the social network to manipulate political discussion.

Stamos said Facebook began its review to determine "whether there's a connection between the Russian efforts [to influence the US election] and ads purchased on Facebook."

Facebook also reported finding approximately $50,000 in potentially politically related ad spending on some 2,200 ads "from accounts with US IP addresses, but with the language set to Russian," which did not appear to violate any policy or law.

In comparison, a report by ad market research firm Borrell Associates indicated that more than $1.4 billion was spent on online advertising for spending on local, state and national political campaigns during the 2016 election cycle in the US.

Facebook and other internet giants have been cracking down on "fake news" after being hit with criticism that rampant spread of bogus stories influenced the outcome of the US presidential election.

Facebook said it is sharing its findings with US authorities.