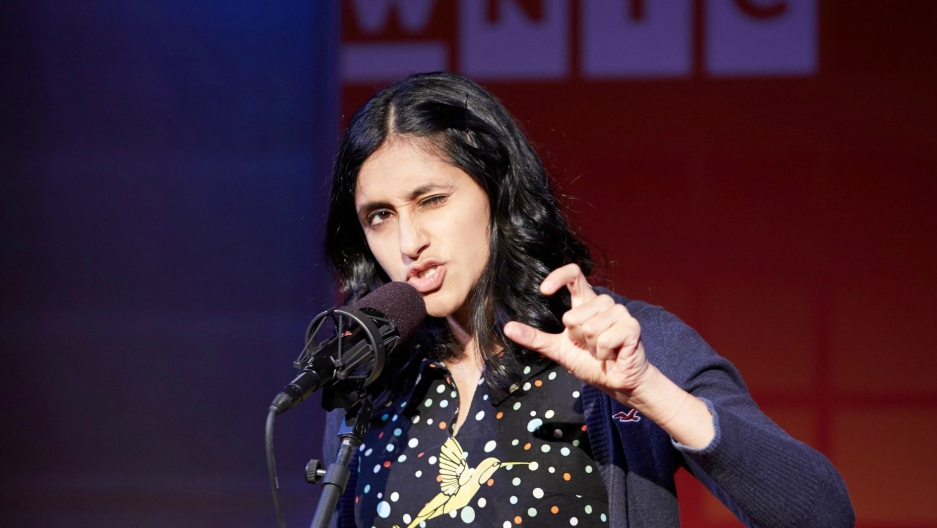 Aparna Nancherla is a comedian who has appeared on “Inside Amy Schumer” and written for “Totally Biased with W. Kamau Bell” and “Late Night with Seth Meyers.” She was also a smart kid in high school.

At her parent’s urging, she took a qualifying test for a magnet school that specialized in an accelerated science and technology curriculum. And once she got in, well, any dreams of attending a normal, public high school with a lax dress code were gone.

In a live Studio 360 performance, in partnership with The Story Collider, Nancherla remembers how smart all the kids in her school were: “Some of them didn’t have the social skills to remember to wear two shoes every day. But they had the ability to create a robot that would do it for them.”

Like every freshman at her high school, she was required to enter the annual science fair. Despite competition from the young savants and being forced to work with two random classmates, her project was going smoothly. Then an accident bonded the three freshmen together in a deadly secret they would keep ... until now.