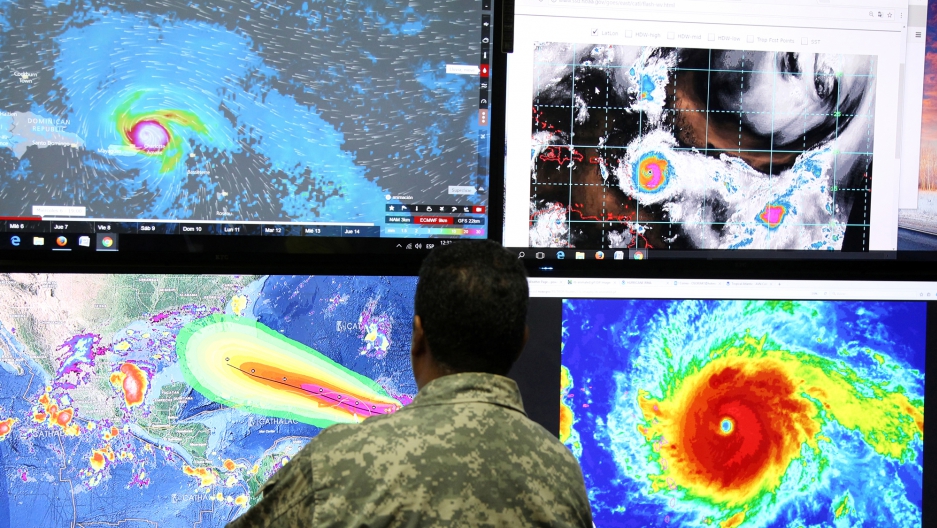 A member of the Emergency Operations Committee monitors the trajectory of Hurricane Irma in the Dominican Republic.

Hurricane Irma slammed into the Caribbean islands of Saint Barthelemy and Saint Martin on Wednesday. Earlier, the powerful hurricane made landfall on Barbuda as it barreled its way across the Caribbean, the US National Hurricane Center said.

The eye of the rare Category Five storm passed over Barbuda around 2 a.m. with winds gusting at up to 185 mph, the center said.

The storm is headed northwest toward the Virgin Islands and Puerto Rico, with potential for coastal storm surges of up to 20 feet above normal tide levels.

Coastlines are being battered extremely violently by the sea, officials from France's weather office, said, adding: "These islands are suffering major impacts."

But its monitoring equipment has since been destroyed by the hurricane, it said. 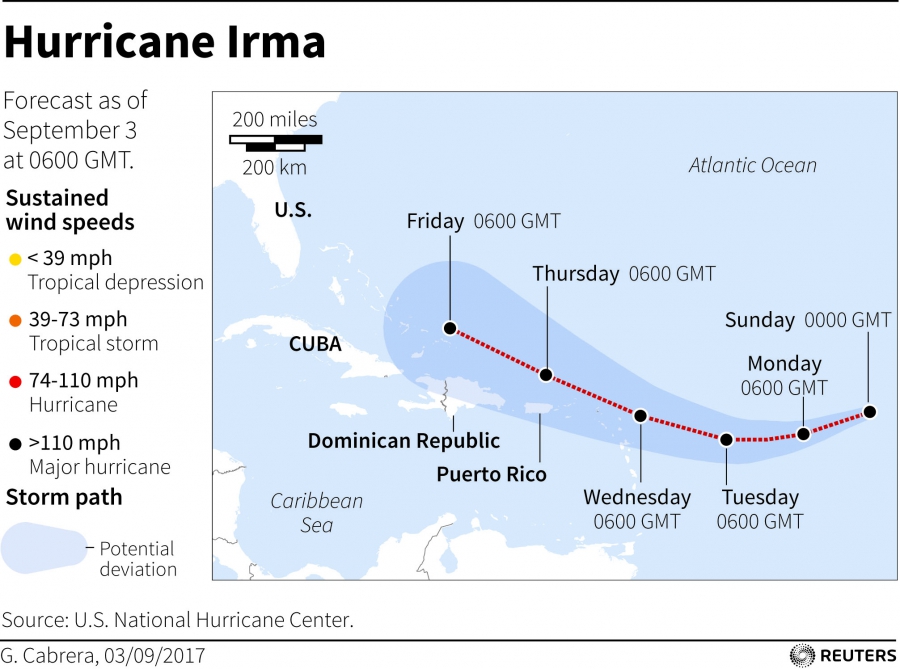 Irma's eye, about 30 miles in diameter, hovered for about one and a half hours over St. Barts, bringing an eery but deceptive calm, said weatherman Jerome Lecou.

French Interior Minister Gerard Collomb also said that government buildings on the island of Saint Martin — the most sturdy built there — had been destroyed.

"We know that the four most solid buildings on the island have been destroyed which means that more rustic structures have probably been completely or partially destroyed," he told reporters.

The French government had previously sounded the alarm over thousands of people who had refused to seek shelter on St. Barts as well as Saint Martin, an island divided between France and the Netherlands.

Meanwhile the top hurricane warning was lifted in Guadeloupe, to the southeast, authorities there said while still warning of heavy rain and storms and a "dangerous sea."

Also on Wednesday, officials from the Vatican said that the plane carrying Pope Francis to Colombia has been forced to change its flight plan to avoid a run-in with Hurricane Irma.

Irma was headed next for Britain's Anguilla island, the British Virgin Islands and the east end of Puerto Rico, officials said.