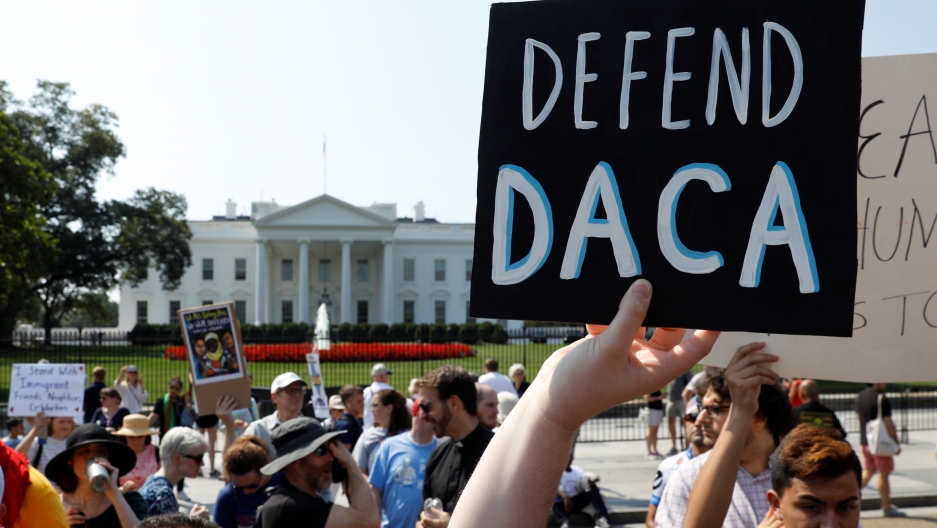 Demonstrators protest in front of the White House after the Trump administration scrapped the Deferred Action for Childhood Arrivals, known as DACA.

Apple, Google and Facebook are just a few major players in the tech industry that have signed a letter urging President Donald Trump to continue the Deferred Action for Childhood Arrivals program.

But Trump has moved ahead with his plan to end DACA, and Silicon Valley is considering what its next steps should be.

“The tech industry has been very active on immigration,” says Tony Romm, politics and policy editor at tech news site Recode. “And it sounded off in staunch opposition to the president's announcement earlier today.”

Related: DACA recipients won’t go back into the shadows quietly

Microsoft denounced the president’s decision and said it would support employees who may be affected in any way it can, including paying for legal counsel.

Other companies have made similar statements and called on Congress to make replacing DACA a legislative priority.

But whether tech companies’ lobbying efforts will have an effect is “another matter entirely,” Romm said.

The industry relies heavily on highly skilled engineers, often from outside the US, and has been lobbying the government for policies that would help the hiring process for many years.

But not much has changed — “partisan divisions [in Congress] have prevented any sort of progress on immigration,” said Romm.

And despite tech companies’ efforts to engage with President Trump, Romm said, “few companies have really been able to shift this president's thinking on policy matters.”

You can hear The World's full interview with Recode's Tony Romm above.