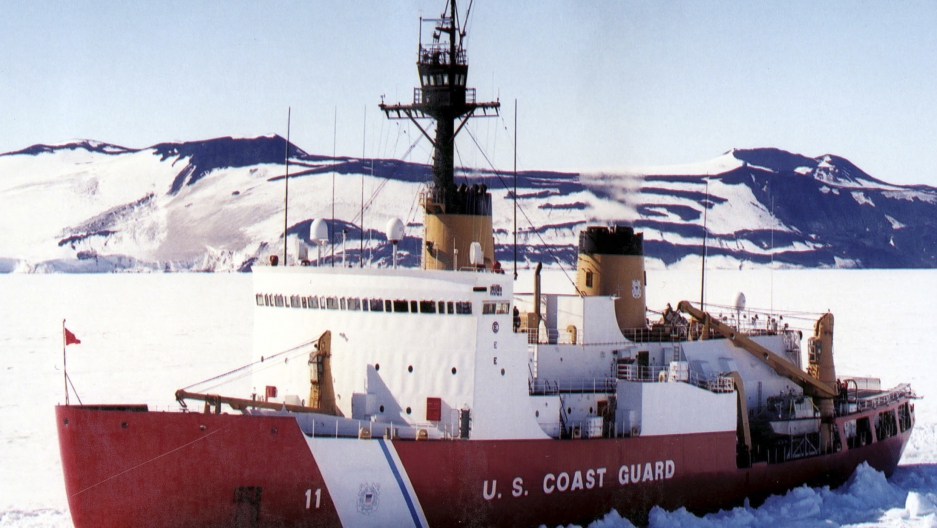 The US Coast Guard icebreaker the Polar Sea, pictured here in Antarctica, sparked a controversy in the 1980s that led to a legal compromise regarding the Northwest Passage.

The Northwest Passage has an identity crisis.

The US thinks it's international waters. Canada claims it as their internal waters.

And as traffic through the arctic sea route increases, experts worry its disputed legal status is leaving the northern Arctic vulnerable to catastrophe.

Compromise has kept territorial dispute at bay for nearly 30 years

The Northwest Passage was historically ice choked and impenetrable, a destination only for the hardiest explorers.

Today, as melting ice opens up travel routes, it’s become a potentially lucrative shortcut for international shippers and a destination for luxury cruises.

The US and Canada have long disagreed on who has jurisdiction over the Northwest Passage, which is really a collection of routes navigating around the islands of the Canadian Arctic between Alaska and Greenland.

A neighborly agreement forged in the Reagan era has kept disputes at bay for nearly 30 years. 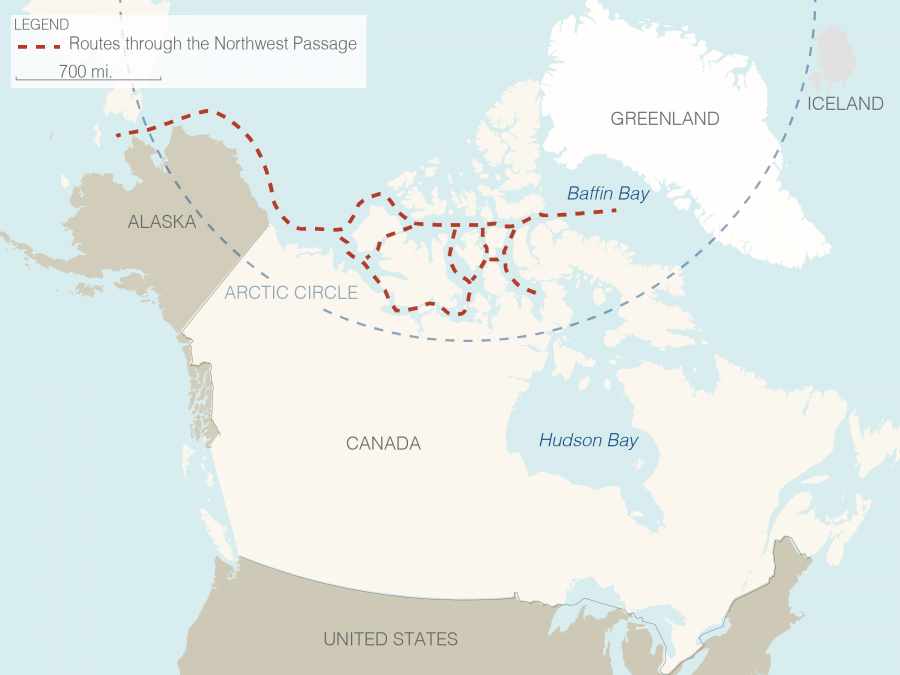 The strange legal limbo of the Northwest Passage can be traced back to 1985 when the US Coast Guard icebreaker, the Polar Sea, started navigating through the passage without asking Canada's permission. The routine resupply mission was quickly seen in Canada as a threat to Canadian sovereignty.

“If we believe that we are really an independent country,” Donat Pharand, then a professor at the University of Ottawa, said in a CBC report at the time, “well then I think we should exercise whatever control is necessary.”

The voyage tapped into long-held concerns about the US encroaching on Canadian territory in the Arctic.

“Historically, Canadians are hyperallergic to living alongside the US, a country 10 times our size,” said Derek Burney, a longtime Canadian diplomat and government official. “There’s always been a lot of tension about the borders up into the Arctic.”

“We even had planes flying over [the icebreaker], dropping Canadian flags on it, just to make a statement,” Burney said.

This dispute was such a big deal that more than a year later, in 1987, the Northwest Passage was on the agenda when US President Ronald Reagan and Canadian Prime Minister Brian Mulroney met in Ottawa.

It was a meeting between friends. Both leaders had Irish heritage and traded Irish jokes before every meeting. That personal connection was key to solving the territorial dispute, according to Burney, who was Mulroney’s chief of staff at the time.

In a meeting between the leaders at the prime minister’s Ottawa office, Mulroney pointed to the Northwest Passage on an antique globe.

According to Burney, Mulroney pointed to the waterway in the distorted depiction and made his pitch: “The Prime Minister was pointing to it ... and said, ‘Now look, Ron, this goes right through the heart of Canada. It’s frozen 90 percent of the year, people live on it. So, how on earth can your Navy call this high seas?’” Burney recalls.

“And the president looked at the globe, and I can still see the quizzical look on his face, and he said, ‘Well Brian, it’s not like the map they showed me on Air Force One.’”

But Mulroney was a friend, and later that day, Reagan told him he wanted to address the territorial dispute over the Northwest Passage.

Derek Burney was assigned to negotiate for the Canadians. After months of meetings in Ottawa and Washington, he and his American counterpart had a breakthrough.

“If we were living side by side as neighbors,” Burney said, “if I wanted to cut across your lawn, you wouldn’t mind letting me do that provided I ask you up front, right? And we both agreed that was the kernel of a solution.”

Neither side changed their legal position. But in 1988, the two countries agreed that the US would always ask permission before sending icebreakers through the Northwest Passage. And the Canadians would always give it.

“As simple as that may sound to you, the issue has completely died away,” Burney said.

As ice melts and traffic increases, an agreement between neighbors may not be enough

“The 1988 Arctic cooperation agreement was a stroke of diplomatic genius, in that that agreement essentially allowed the two countries to agree to disagree,” said Michael Byers, an Arctic expert and professor of international law at the University of British Columbia in Vancouver.

“The issue today, however, is that in 1988, no one had any idea as to the future impact of climate change on the Arctic sea ice.”

Ice melt means the Northwest Passage can be navigated now not just by icebreakers, but by cruise ships, cargo ships and adventure travelers.

This summer marks the second sailing of the Crystal Serenity, a 68,000-ton luxury cruise ship carrying roughly 1,700 passengers and crew.

The number of ships navigating the collection of routes that make up the Northwest Passage is still tiny when compared to global ship traffic, but it’s only likely to increase.

International shippers and the Chinese government are eyeing the passage as a lucrative potential shortcut for routes from Europe to Asia. It would shave 5,500 miles off a route using the Panama Canal.

Increased traffic brings with it an increased risk of a collision or oil spill in one of the hardest places on Earth to stage a rescue or cleanup.

Scott Highleyman, an Arctic expert with the Ocean Conservancy, said neither the US nor Canada is prepared for this influx.

They’re working on some of those issues together, and Highleyman says on an operational level, the US and Canada cooperate smoothly on Arctic issues.

Last year, the US and Canada jointly announced that they would develop safe shipping corridors through the Northwest Passage.

The US even advises its ships to follow Canada’s strict environmental rules when traveling through the passage.

“US vessels are not the problem,” Byers said.

The problem, Byers argues, is that foreign vessels could take the view that the Northwest Passage is an international strait, consistent with the US position, “and therefore [say they] don’t need to comply with Canada’s strict standards on ship safety, on the kind of ice strengthening that might be required for a vessel.”

But Byers argues it’s essential for the law to keep up with climate change so melting ice doesn’t bring other problems.

Like oil tankers that can’t withstand an encounter with an iceberg.