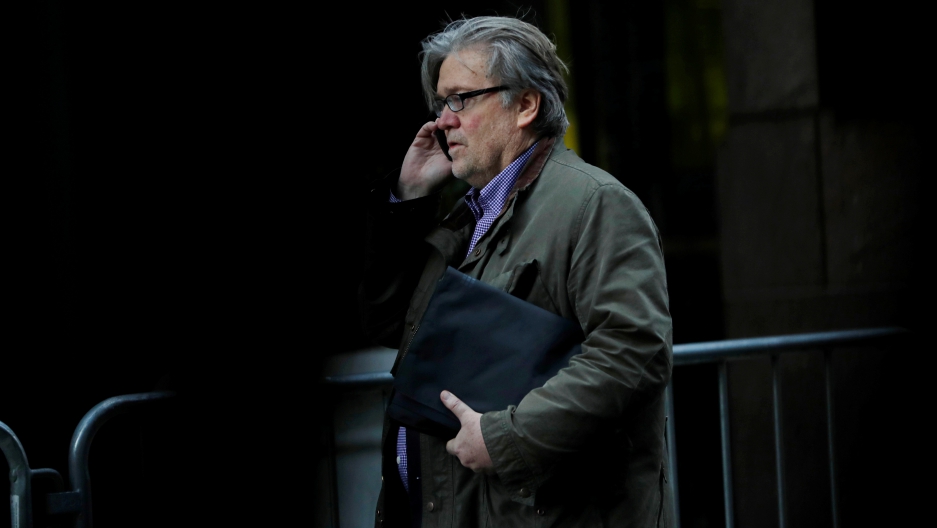 Steve Bannon can't just waltz into the Oval Office the way he might have done a few weeks ago before he lost his White House job.

Now that he's back at Breitbart News, it's unclear how much power Bannon still wields.

But Joshua Green, author of "Devil's Bargain: Steve Bannon, Donald Trump, and the Storming of the Presidency," says that the former White House adviser is not someone to be underestimated.

"When I first met Bannon, I actually thought that he was a grifter, a recognizable Washington character type who kind of gravitated to the hot cause," Green says. "But in spending time with him, I've completely changed my view. I have no doubt that he believes what he says."

Green says that Bannon has a clear and coherent worldview, and to understand it, you can start by considering his very Catholic upbringing.

You can hear more about Green's insights into Bannon by clicking on the player above.