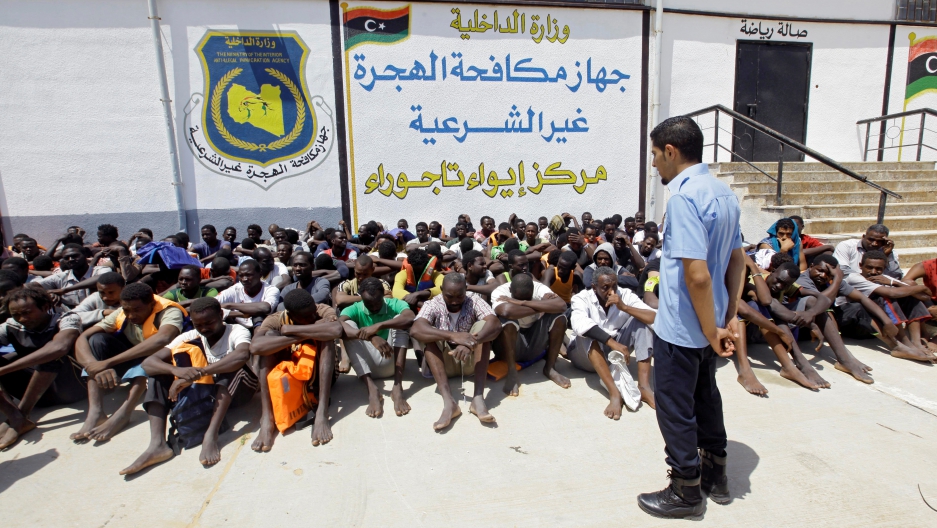 Libya is ground zero for Europe's migrant crisis. Tens of thousands of people from across Africa and Asia use it as a transit point to get to Europe. It’s attractive because it’s relatively close to southern Europe, and because Libya is itself a country in conflict.

But now the authorities in Libya are trying to get a handle on the migrants. Hundreds are being locked up prior to deportation. But conditions are terrible.

Bel Trew of The Times of London got rare access to the camps and just got back. She calls the conditions “horrific."

“We’re talking about airless, windowless houses in soaring temperatures,” she says, “with hundreds of people in these rooms. And they’re often there months at a time because they are waiting to be repatriated home.”

One such migrant is an 18-year-old man from South Sudan, with a perfect London accent.

His name is Hennessy and he actually lived in London for three years as a child, when his father, a doctor, had a temporary work visa. After his father’s death, he was taken in by an abusive uncle back in South Sudan.

He fled the uncle, and his country, after threats to kill him because of his sexual orientation. Reaching Libya, Hennessy was kidnapped and tortured by a criminal gang seeking ransom. He was rescued by the Libyan authorities in a deadly raid, but then ended up in this detention camp.

Trew says Hennessy is seeking asylum and has a good case as he has a well-founded fear of persecution if he goes home. But Libya’s authorities periodically just deport everyone they can without regard to individual cases.