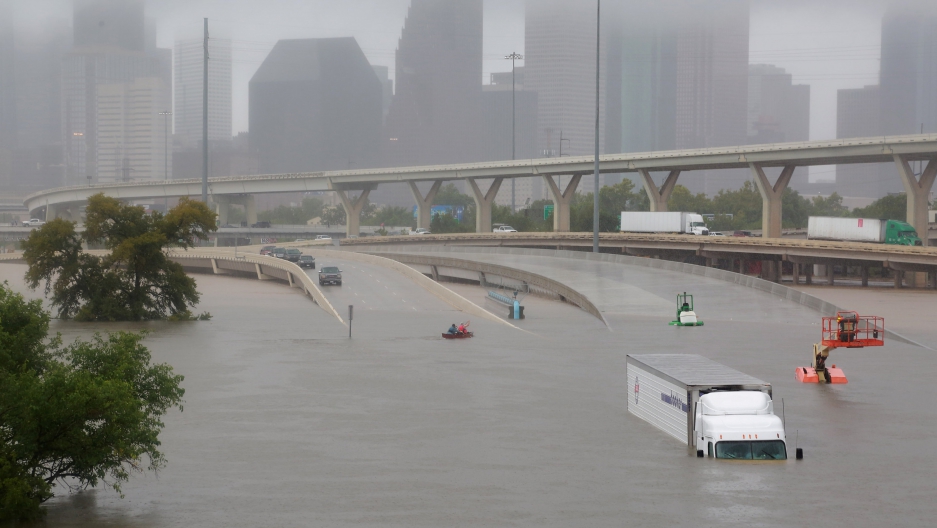 Interstate 45 is submerged from the effects of Hurricane Harvey.

With Mexico being one of the highest crime Nations in the world, we must have THE WALL. Mexico will pay for it through reimbursement/other.

Mexico’s response? To reach out and offer its "full solidarity" with those in Texas affected by Harvey. "As good neighbors do in trying times," the Mexican foreign ministry said.

"We stand by Texas," González Gutiérrez says. "We are friends, we are neighbors, and we will continue to be and I'm sure that they know that we are with them and that they expect our solidarity and we are happy to give a hand in these dire straits."

Hear more about Mexico-US relations in the wake of Harvey on The World, above.