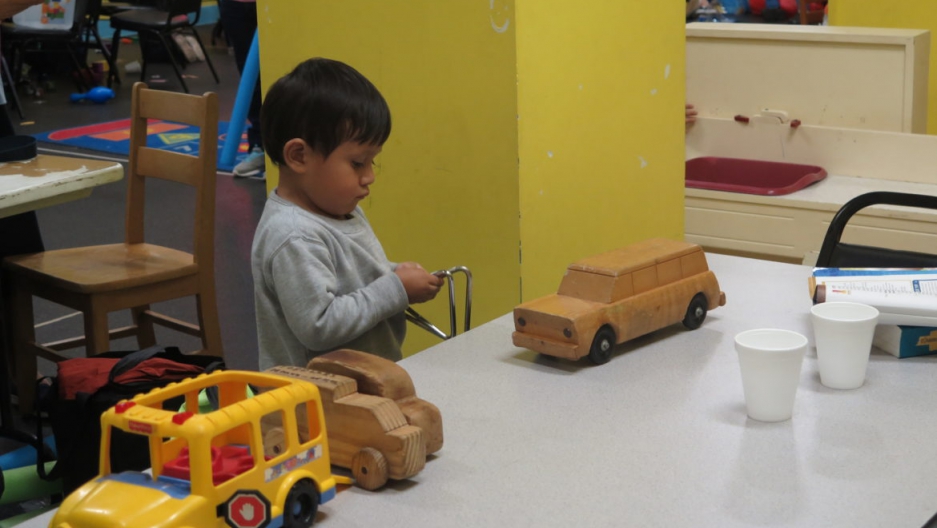 A young child takes refuge from Hurricane Harvey and plays with toys at a downtown church playroom.

About 50 immigrant women and their children found themselves stranded at a bus station in downtown San Antonio, Texas, as Hurricane Harvey was approaching on Friday evening.

The asylum-seekers were transported by US Immigration and Customs Enforcement officials, after being released from family detention centers.

"ICE officials ... routinely take women and children to the downtown bus station because these women are connecting with family members or sponsors who are ready to receive them as they go through the asylum process," said Rocio Guenther, a reporter with the Rivard Report, the San Antonio news website that reported on the situation.

But with a catastrophic weather event in the forecast, bus routes were canceled, leaving the families stranded until they were taken in by a local church.

Listen to the full interview with Rocio Guenther on today's episode of The World.