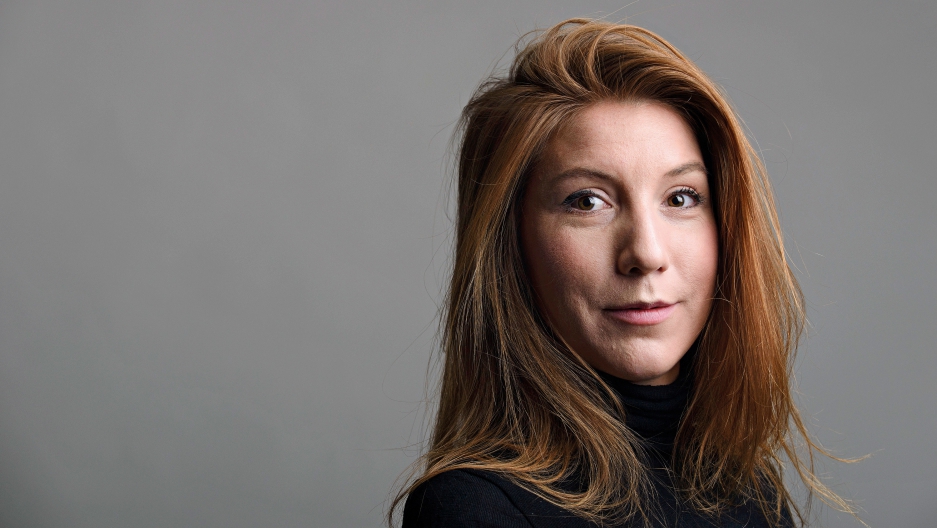 On Wednesday, Danish authorities confirmed the passing of Swedish journalist Kim Wall. She died, prosecutors allege, at the hands of inventor Peter Madsen while reporting a freelance news story onboard his homemade submarine in Copenhagen harbor, not far from where she grew up. Madsen will be charged with her murder, which he denies.

By itself, seeing Kim’s name all over the news wires is not surprising — I knew her as a person of surpassing curiosity, warmth and talent. But it should have happened as a byline, not an obituary. Kim, after all, loved what she did, and died performing important, honorable work whose unappreciated risks are only growing.

I first met Kim in 2013 after speaking at a panel at a conference at Columbia University, where she was studying for graduate degrees in journalism and international relations. She shared her keen desire to contribute to Tea Leaf Nation, a volunteer-driven, China-focused media startup I managed. On March 17, while still a Columbia student, she would do just that, writing a piece about online reaction to Beijing’s one-child policy that was later cited by the Congressional Executive Commission on China in its influential Annual Report.

Kim left a lasting impression of zest and gentle inquisitiveness — qualities on ample display among good young journalists, but particularly vital and palpable in her. We remained in touch over the years as I became a senior editor at Foreign Policy magazine, discussing pitches, plans and the occasional visa issue. At one point, FP considered Kim’s pitch to report a piece from Tibet, but ultimately demurred, concerned that we would not be able to provide for her safety should she run afoul of authorities in China’s contested West.

From my vantage point, it seemed that Kim was always hustling to pursue another far-flung story, contending with the vagaries and obstacles of freelance life with unusual aplomb. After Kim finalized her move to Beijing in 2016, she wrote me, “Hello from a new Beijing reporter (!)”.

In early 2017, I accepted a pitch from Kim about Chinese feminist activists’ participation in the forthcoming Women’s March on Washington. When we met near the National Mall on an unseasonably warm January morning, the first thing she did was give me a hug. Over the ensuing hours, Kim moved effortlessly and cheerfully among her interview subjects, unhurried, letting the story come to her. After the demonstration, I headed home, while Kim accompanied the Chinese marchers to dinner at a Cheesecake Factory restaurant in the Washington suburbs. She then spent four days in back-and-forth exchanges editing the piece, which ran on Jan. 25.

Put another way, Kim spent untold time building relationships and fashioning a pitch; one full day reporting; hours traveling to and from Washington; and many hours more fielding edits. For all that, she was probably paid no more than $350. It was one of the last articles she would ever publish.

Journalism depends on people like Kim Wall. But journalism also needs to give better support to freelancers like her, particularly women, who, as Sruthi Gottipati writes in The Guardian, often feel compelled to downplay the particular danger of their work in order to entice editors, who themselves often cannot count on marshaling the funds or institutional support that good freelance work deserves. Part of that turnabout will require a painful restructuring of incentives and rewards in the digital sphere. It’s not hard to imagine a DIY submarine story from Kim being a hit for Vice, or Harper’s or Foreign Policy — then being widely shared on major social media platforms and reblogged six ways from Sunday, to the point where any revenue wrung from the intrinsic value of Kim’s genuine shoe-leather reporting would be spread across dozens of takers, with little reserved for the original publication, or for her.

While the specific and horrific circumstances of Kim’s death are unique, the death of a journalist, on its own, is sadly not. According to the New York-based nonprofit Committee to Protect Journalists, 79 journalists were killed in 2016. Since 1992, when CPJ began keeping statistics, 1,249 journalists have been slain specifically because they were journalists. Many others take steep risks in their work that never germinate into tragedy. Meanwhile, in a nation that has long championed untrammeled speech and expression as a foundational right, journalists find themselves derided as “fake,” “sick” and “crooked” by their own president, one who has sworn to protect the Constitution on which they rely. While words alone cannot injure, they create an environment in which violence is more likely, and expand the zone of risk that already lurks behind the profession.

I hope that Kim will be remembered not for the grim facts of her passing, and instead as someone who stood proudly on her profession’s front lines. Her bravery and memory should burden us, but her jubilance should embolden us.

I hope that a peek at Kim’s vivacious personhood and full, if tragically short, life reminds us that before any story is digitized, exploited, and just as often mercilessly critiqued, a vulnerable, flesh-and-blood journalist must first do the work. At a story’s inception, someone must have the primary knowledge to see the news landscape, the discernment to determine what is missing, the creativity to conceive of a narrative that lies embedded yet unseen in available facts, and the patience and derring-do to follow it all up. The work requires tenacity, courage and, at its highest level, joy. Journalists like Kim deserve a system that offers better rewards for their talents and greater consideration for their sacrifices.

Kim’s final article for FP centered on the contrast between Chinese protesters who risked everything in “front-line work” back home, and those who enjoyed the protections that the American Constitution provides. This discrepancy preoccupied the US-based activists Kim interviewed. They hoped that joining the Women’s March in Washington would teach them how to organize in ways their home country prohibited, and that broadcasting their participation on Chinese social media could hearten domestic activists and, maybe, expand their sense of what was possible. But the US-based activists also acknowledged that their friends in China suffered far greater risks and punishments for voicing their beliefs. Kim’s interview subjects seemed to feel burdened by that fact, and compelled to pay back the debt it implicitly conferred.

I hope that Kim will be remembered not for the grim facts of her passing, and instead as someone who stood proudly on her profession’s front lines. Her bravery and memory should burden us, but her jubilance should embolden us. She was fortunate to know exactly what she loved to do — and chased that passion as far as she could, to the ends of the Earth, and then, finally, home.

David Wertime is a Truman National Security Project fellow and founder of Tea Leaf Nation. From 2013 to 2017, he was a senior editor at Foreign Policy.