A dolphin performs tricks at a recent Six Flags show in Mexico City.

There is no mention of the fact that the popular spectacle will shut down soon. A vendor at the exhibit even denies the show will end.

But the exhibition will have to close by the end of January, thanks to a new law in Mexico City banning the use of dolphins and other marine mammals in shows, therapy sessions and scientific experiments. The law passed on Aug. 1 with unanimous support.

“Having Mexico City itself take this enormous step is very important, and we think sends a strong signal to the rest of Mexico and Latin America that this is something they need to think about,” says Mark Palmer, associate director of the International Marine Mammal Project, which advocates against the captivity of whales and dolphins for circus shows. 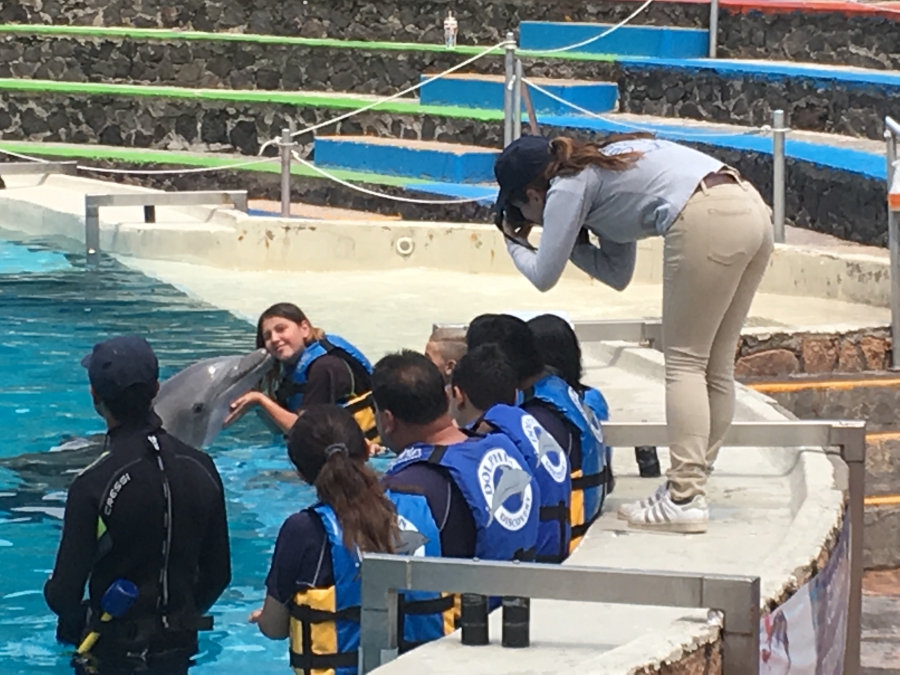 Six Flags in Mexico City offers the chance for people to swim with dolphins. Here, a young swimmer poses a dolphin while an adventure park photographer takes a picture.
Credit:

Mexico’s capital is not alone in taking this step. Several Latin American countries have placed bans or tough restrictions on keeping marine mammals in captivity. Switzerland banned importing and France barred the keeping or captive breeding of dolphins and whales. India has also forbidden the acquisition of dolphins for entertainment purposes, going so far as to deem them “nonhuman persons.” And in the United States, dolphin and whale shows — while still legal in some states — are in decline, according to Palmer.

Other Mexican locales offering popular dolphin shows — from Cancún to Puerto Vallarta — are not affected by Mexico City's new legislation.

For now, few people at Six Flags appear to know about the new law. Many are opposed to shutting down the exhibit. 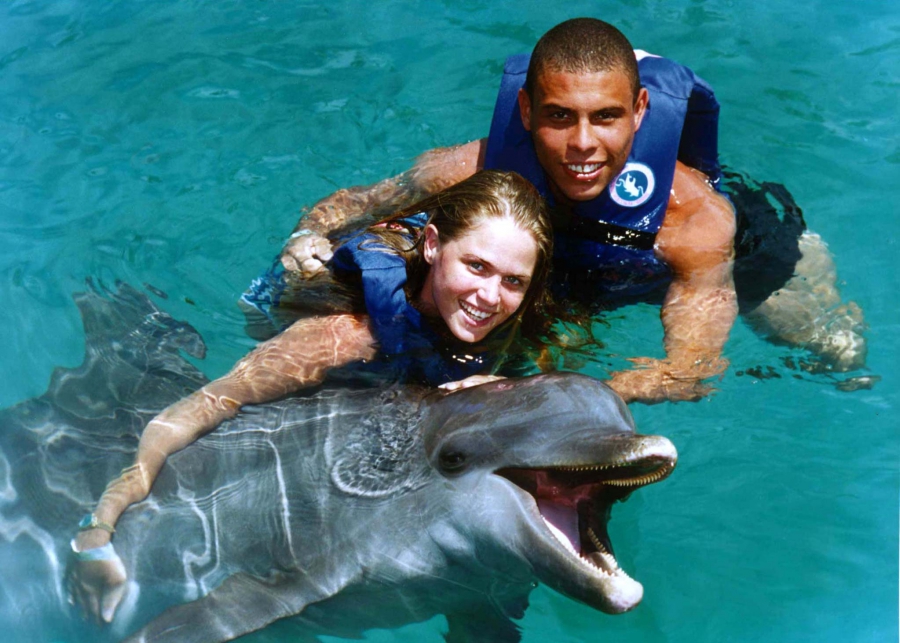 Brazilian soccer star Ronaldo and Suzana Werner play with a dolphin as they swim in an aquarium Aug. 6, 1998, in a Cancún, Mexico, beach resort.
Credit:

“It’s a very good show. It’s a way to know all the virtues the animals have,” says Tony Aguilar, who came with his wife and 12-year-old son.

Indeed, proponents of such shows argue that they educate people about animals they would otherwise have no direct contact with.

That was the experience of 9-year-old Patricia Lira. She got into the pool with the dolphins and was overcome with excitement by the experience.

“The dolphins are very beautiful because you can sing with them, dance and listen to them,” she says. Lira describes their texture as similar to Nutella — the popular hazelnut-chocolate spread — and explains they make sounds through their nose. The idea that she would no longer be able to swim with the dolphins seemed beyond comprehension.

But Xavier López, who introduced the law banning the show, says the dolphins don’t live in adequate conditions. Among the problems, he says, is that Mexico City is polluted, it’s over 7,000 feet above sea level, and the facilities where the dolphins are held are “practically concrete tanks with chlorinated water.”

López also points out that the Six Flags in Mexico City was home to Keiko, the killer whale who famously starred as Willy in the 1993 movie “Free Willy.” At the time, Keiko was living in a small tank. A worldwide campaign after the film led to his rescue and eventual release into the wild, although Keiko never fully adapted to life at sea and died of pneumonia.

Unlike Keiko, the dolphins at the Six Flags exhibit aren’t headed for freedom. Instead, they will be moved to another water park owned by Dolphin Discovery (which owns the Six Flags in Mexico City). The company, which operates other dolphin shows in Mexico, declined to comment.

Yolanda Alaniz, a dolphin advocate and major proponent of the Mexico City legislation, says she considers the new law a success, despite its limitations. She is already gearing up to try to extend the prohibition on dolphin shows across the country.

“It was an excellent example we think should be replicated throughout Mexico.”