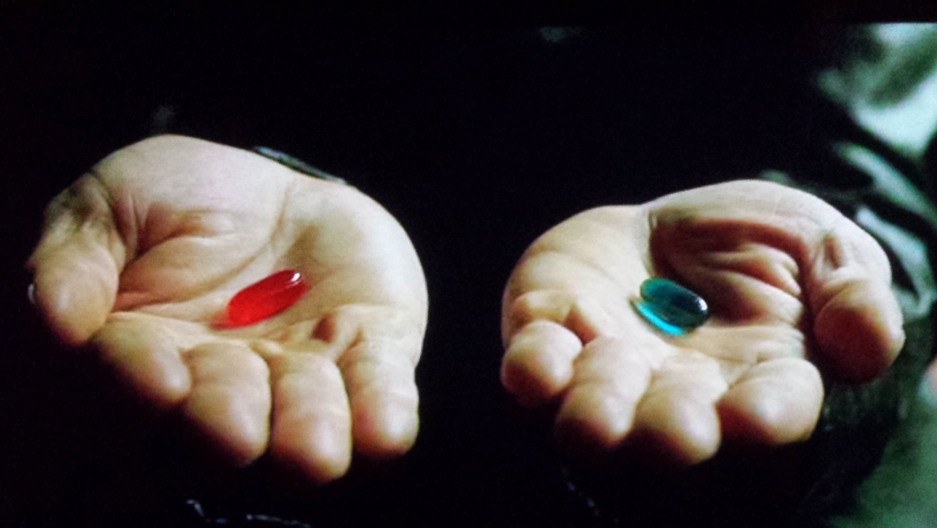 "Remember all I'm offering is the truth" - The Matrix

In the run-up to the 2016 US presidential election, Cristina López kept coming across language on the internet that she didn’t quite understand.

Words and phrases like “meme magic,” and “red-pilled” and “nimble navigator.” These expressions kept popping up in Reddit and 4chan where Trump supporters were posting.

“It felt like I was looking in to a group and I didn’t understand the group joke,” said López.

Understanding the group joke is López's job. She works for a non-profit called Media Matters For America, a left leaning organization that monitors the conservative media for misinformation. Since the election López and her colleagues have spent many hours lurking on these message boards, deciphering the words and memes of what she calls the pro-Trump troll dialect.

This week on the podcast López explains some of the dialect.

1:00 Cristina spends a lot of time on the internet for work. It can sometimes be NSFW

1:23 Cristina López works for Media Matters for America and part of her job is to lurk on message boards on the internet to track words/memes of Trump supporters

4:17 Deciphering the image of Pepe the Frog

5:00 How was Pepe appropriated by trolls?

8:37 According to Cristina a more accurate identifier for the group that she monitors is “Pro-Trump Trolls” or “MAGA trolls”

10:32 The online world sometimes seeps into the real world like in the case of a production of Julius Caesar in Central Park in NYC

12:20 “They memed a president into existence”

22:50  So what does all of this trolling and meme-ing mean? Does it even matter?