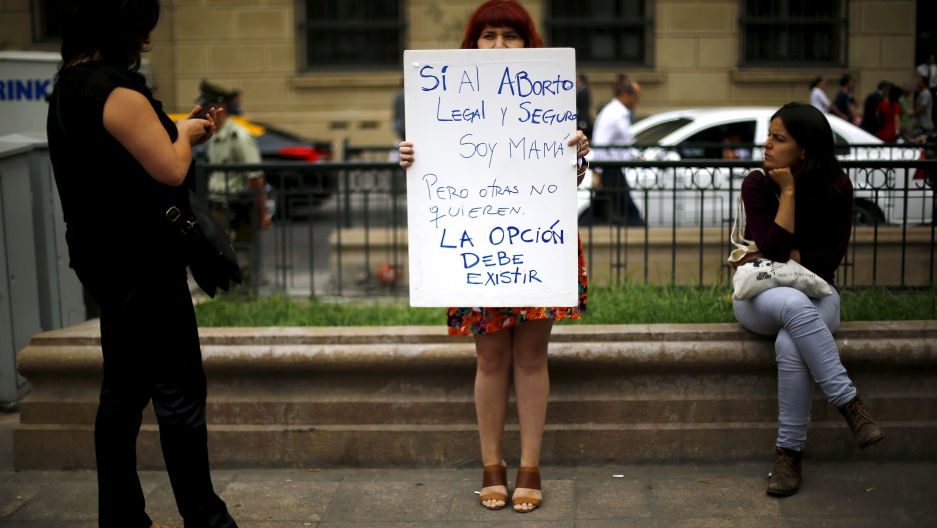 A Chilean woman holds up a pro-abortion banner. This week, Chile eased its total ban on abortions, allowing women to access the procedure in case of pregnancy by rape, if the pregnancy puts the mother at risk or is the fetus will not survive.

The Constitutional Court of Chile made an historic move this week, easing the country's total ban on abortion.

Chile is one of seven countries in the world that forbid abortion under all circumstances. The others are Honduras, Nicaragua, Dominican Republic, El Salvador, Vatican City and Malta.

The new regulations allow abortion under three circumstances: if there is pregnancy through a rape, if the mother’s life is at risk or if the fetus is not expected to survive pregnancy.

Abortion was permitted in Chile until 1989, but it was banned as one of the last acts of right-wing dictator General Augusto Pinochet. In the decades after Pinochet’s rule, Chile has been in a tug of war over liberalization. President Michelle Bachelet is left of center, and her administration has supported and celebrated the decision.

Paula Narváez, a government spokeswoman, said “today we had restored in our country this basic human right for women. I think that it’s very important for our country.”

Even though government polls show that 70 percent of Chileans supported easing the ban, the country is deeply Catholic, and there was vocal opposition. Rosario Vidal, a prominent anti-abortion activist in Chile, in an interview with Latin American news network NTN24, expressed concern with what she sees as meager assistance programs for single mothers, and other at-risk parents.

Why not invest time and money in that, as opposed to abortion, she asked? 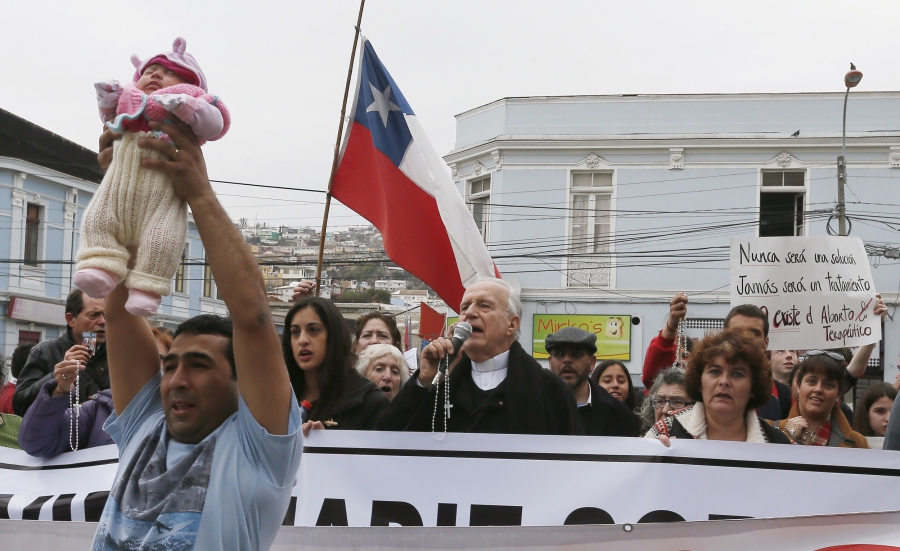 A demonstrator holds up his child as archbishop Gonzalo Duarte prays outside Congress during a rally against the easing of Chile's total ban on abortions.

Latin America has some of the most restrictive legislation surrounding abortion, and it’s unclear what impact, if any, Chile's move will have in the region. Chilean abortion-rights activists are saying this is a move toward basic human rights. While they say it’s progress, they say it's hardly enough.

Meanwhile, Chilean anti-abortion activists say this is an example of the left trampling over human rights.

If anything, Monday's decision reflects a conversation that has been bubbling across the continent over the last few years — about whether to legalize abortion, how to deal with violence against women and where Latin America stands on women’s rights.