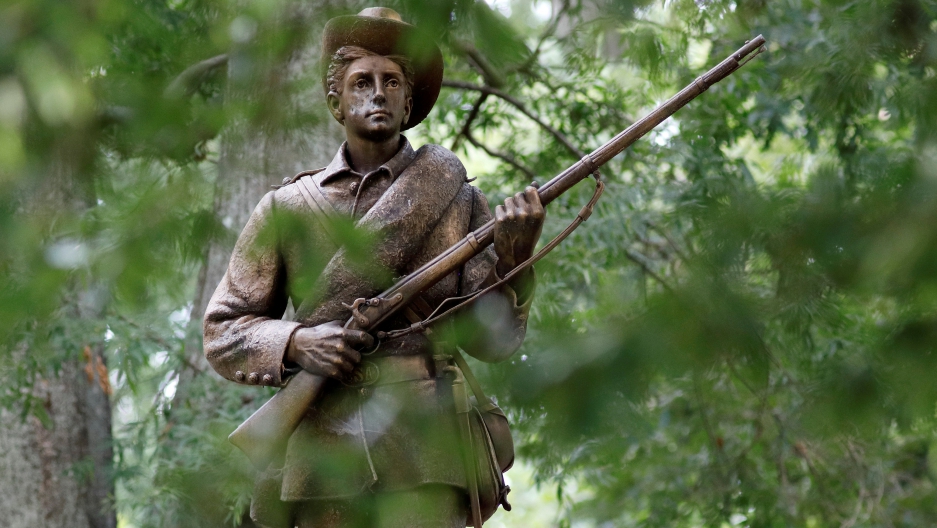 A statue of a Confederate soldier nicknamed Silent Sam stands on the campus of the University of North Carolina at Chapel Hill, North Carolina, on Aug. 17, 2017.
Credit:

Here's a question many of us have been debating since the deadly protests in Charlottesville last weekend: What should be done with a monument dedicated to a Confederate figure? Should it be taken down? Or should it be recontextualized?

It's a question similar to one Paraguayans had to answer not long ago. The debate in that South American country revolved around a statue of longtime dictator General Alfredo Stroessner.

"The original statue was monumental. It was ... a massive steel statue" situated at the highest point of Asunción, the capital of Paraguay, says Ernesto Semán, assistant professor at the Jepson School of Leadership Studies at the University of Richmond.

Following Stroessner's ouster from power in 1989, Paraguayans found themselves debating the fate of the monument. Some wanted to take it down, while others argued that removing it would be removing a piece of history.

Ultimately, the answer came from artist Carlos Colombino, who used bits of the original statue and sandwiched it between two big concrete blocks.

Here's what Paraguayans did with a statue of dictator Alfredo Stroessner (1954-89). It's an interesting compromise. pic.twitter.com/gEtUPLseDz

Could this be a solution to some of the debates we're having here in the US?

"I think that once you open that discussion that it's not necessarily good to celebrate these people, the possibilities are infinite," says Semán.

Listen to the full interview with The World's Marco Werman above.