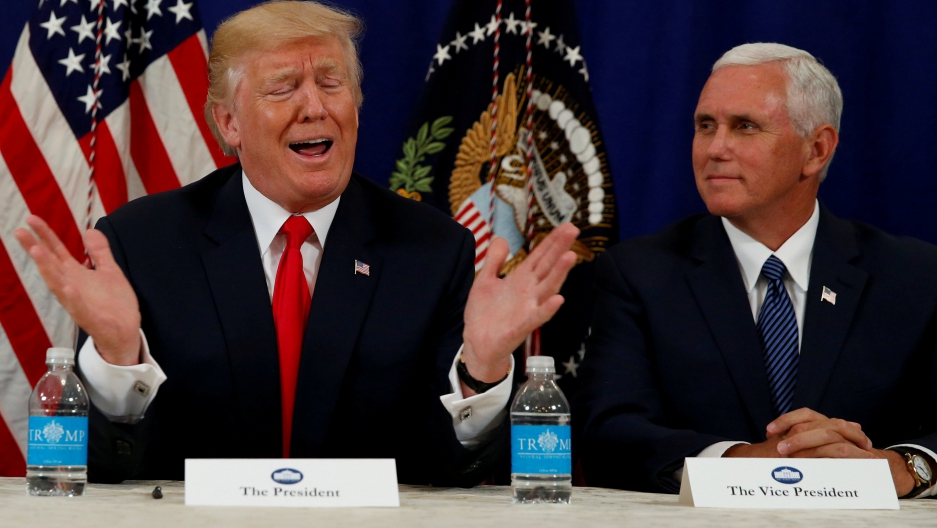 The weeklong trip, aimed at coordinating a regional diplomatic action to the political crisis in Caracas, begins in Colombia, a strong US ally that takes hundreds of millions of dollars a year in funding from Washington and which has little liking for leftist Venezuelan President Nicolás Maduro.

The other stops were Argentina, Chile and Panama.

The tour would be dominated by the crisis in Venezuela and how US "partners and friends" were looking to the "future" regarding that country, while others were stuck in the "past," a senior US administration official said.

"We've been firm in both word and deed against the Maduro regime, and it's important to get others in the region. And these four countries have, but we want to continue to put the pressure on the Maduro regime," he told reporters on condition of anonymity.

"We'll talk to economic options, diplomatic options — every tool that's available. It's not only the United States putting forth pressure on Maduro, but that he's getting it from all sides of the region as well."

But, thanks to Trump's warning on Friday that he was considering various measures to tackle Venezuela "including a possible military option if necessary," Latin American nations — including those who are scolding Caracas for "breaking democratic rule" — are united against the use of American force.

Brazil, Chile, Colombia, Mexico and Peru all issued messages rejecting such a step.

For many Latin American countries, bitter memories of past US military adventures in the region have resurfaced as a result — including the 1989 invasion of Panama to topple and capture its leader, Manuel Noriega — as well as CIA involvement in bloody guerrilla and counter-guerrilla campaigns, and Washington's propping up of military dictators.

The United States has slapped sanctions on Maduro — an extremely rare punishment against a head of state — as well as two dozen of his officials.

The measures were for the establishment of a new assembly of Maduro loyalists that bypasses the legislature controlled by opposition. The body, which started work this month, has set about clamping down on dissent and opposition politicians.

With Trump's threat of possible military action, Maduro's regime has intensified arguments that the United States is plotting with the opposition to oust the president and grab Venezuela's oil reserves, the largest in the world.

It also said the threat was not just against it, but against all of Latin America.

"The reckless threat by President Donald Trump aims to drag Latin America and the Caribbean into a conflict that would permanently alter stability, peace and security in our region," Venezuelan Foreign Minister Jorge Arreaza told a news conference on Saturday.

Leftist allies Bolivia, Cuba, Ecuador and Nicaragua have backed Venezuela in a confrontation against its "imperialist" foe.

Other Latin American nations strongly opposed to Venezuela's political move have also condemned the prospect of the US military being deployed to impose Washington's will.

"The repudiation of violence and whatever option involving the use of force is resolute and constitutes a fundamental basis of democratic cohabitation, both in domestic contexts as well as in international relations," Brazil's foreign ministry said in a statement.