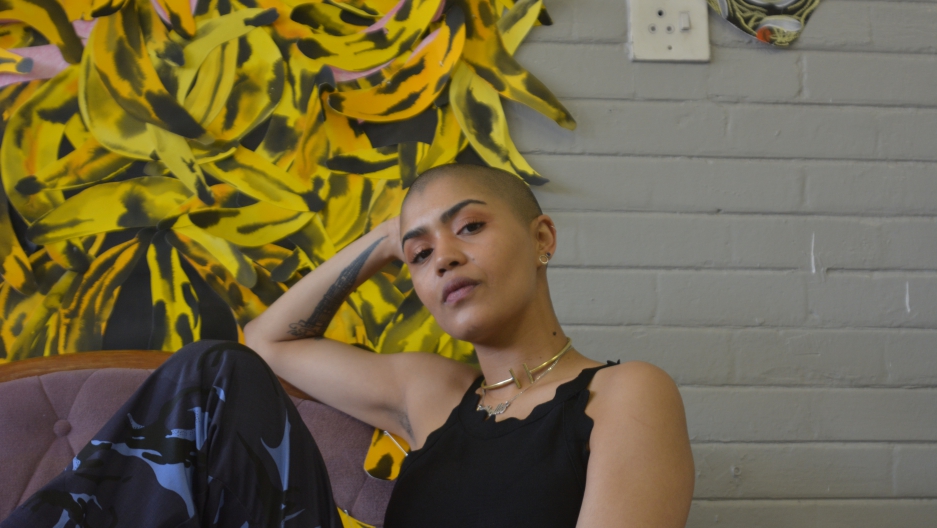 Laura Windvogel unlocks the heavy outer door to her studio on a quiet Sunday morning. She climbs the warehouse stairs. And she unlocks the next lock to another metal door. And through that door, she turns the key on yet another lock to get into her work space.

It’s a reminder that this is Johannesburg. And security is everything — especially for women.

Windvogel is a visual artist who goes by the name Lady Skollie. Her work often deals with that tension of being a woman in a country where gender-based violence is shockingly common.

“We can’t walk anywhere in Johannesburg,” she says. “As a woman, if you were walking somewhere and you got raped, people would be like, ‘babe, no offense but it was your fault.’ It’s like, you know you shouldn’t be walking. And that’s the thing, it’s so easy, everything we do is monitored and controlled by our fear of men here.”

Related: What it means in South Africa when you are #blessed

She points to a piece of work she’s created for a show coming up next month in Johannesburg.

“This work is fire, ritual, Khoisan,” she says, referring to the Khoisan indigenous people of southern Africa, who have lived in the region for thousands of years. “The Khoisan have this amazing thing of trance, so you know that trance-like state and chanting and all that type of thing around a fire. For me this image is — it’s got a burning vagina in the middle of the shot and they are all men, so it’s like they are warming themselves around a burning vagina. Which to me is pretty much South Africa.”

She laughs as she sums it up: “All the men having a fun time while we are flaming up.”

Her work tackles social and political issues with images using techniques she says she learned as a child. “Like, you know the whole wax and ink thing — and it’s quite a scribble — and that to me feeds into my whole vibe of Khoisan cave drawings.” 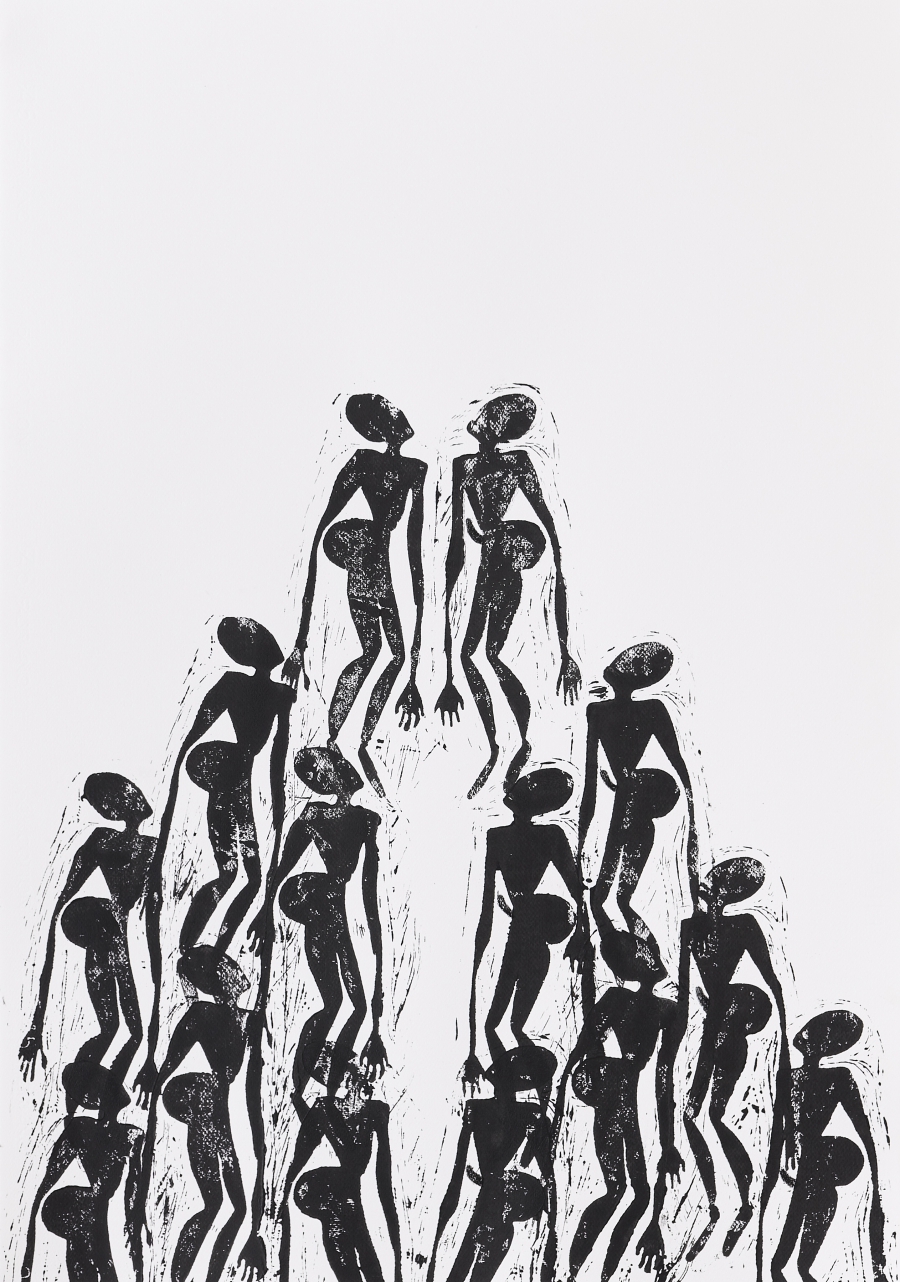 “I know in the rest of the world the word ‘colored’ is derogatory or relates to a negative history. Here it has a similar history, except here we still use it. ... There are lots of different types of coloreds, but I think the main group, they are the family of the Khoisan which is like — they were Bushmen. They were the first inhabitants of southern Africa, of Africa, of the world actually.”

Much of her previous work focussed on gender roles and sexuality — bananas symbolizing penises and papayas symbolizing vaginas. The work had a playful feel to it.

Her upcoming show has a darker tone.

“I’m not a nihilist, but I don’t even know if we’ll ever get where we’re supposed to be going. To me, sometimes it feels like this whole struggle of being a woman is the point of being a woman.”

"Fire with Fire" by Lady Skollie opens on Sept. 7 at FNB JoburgArtFair in Johannesburg.