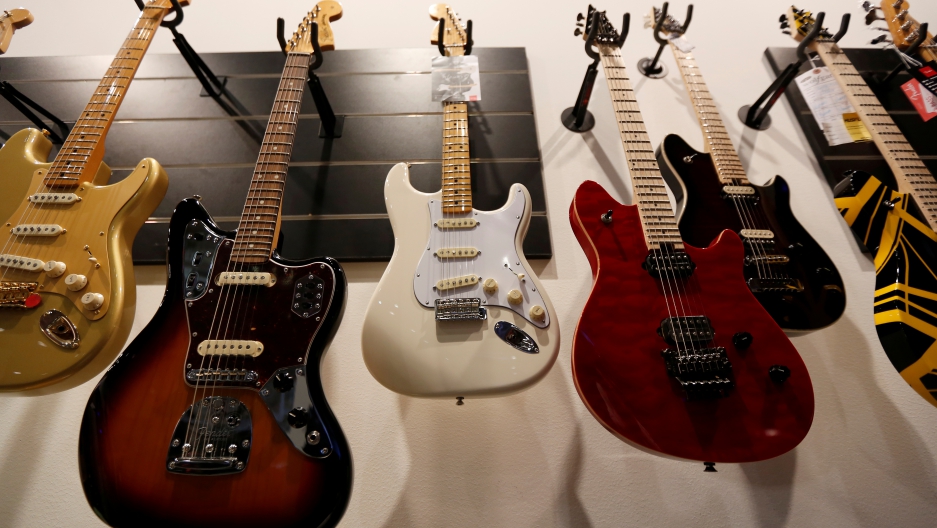 People love to hate The Eagles. “They’re not a cool band to like,” admits composer and indie musician Kelly Pratt. The serious musicians Pratt hangs out can’t understand it, but Pratt genuinely loves their song “Already Gone.”

Pratt rediscovered the song in a grocery store in Portland, Oregon.

“At first listen, this song is pretty straightforward, standard Eagles. It’s a guitar driven rocker, standard breakup lyrics, a lot of patented Eagle-isms.” But Pratt points out that there’s a lot more going on.

“There are a number of real short guitar solos at the end of each verse phrase,” he says. “A couple of them are quite weird, almost avant-garde. It’s probably interesting to call the Eagles avant-garde in any way.”

The most transcendent moment comes near the end. “There is a modulation, otherwise known as a change of key,” Pratt says. Key changes at the end of songs are fairly common in pop music — think of Whitney Houston’s “I Will Always Love You” or Stevie Wonder’s “Golden Lady.” But this particular key change is unusually large, an interval of a fourth, which “really takes it up a notch and sends those vocals soaring for the last couple of choruses.”