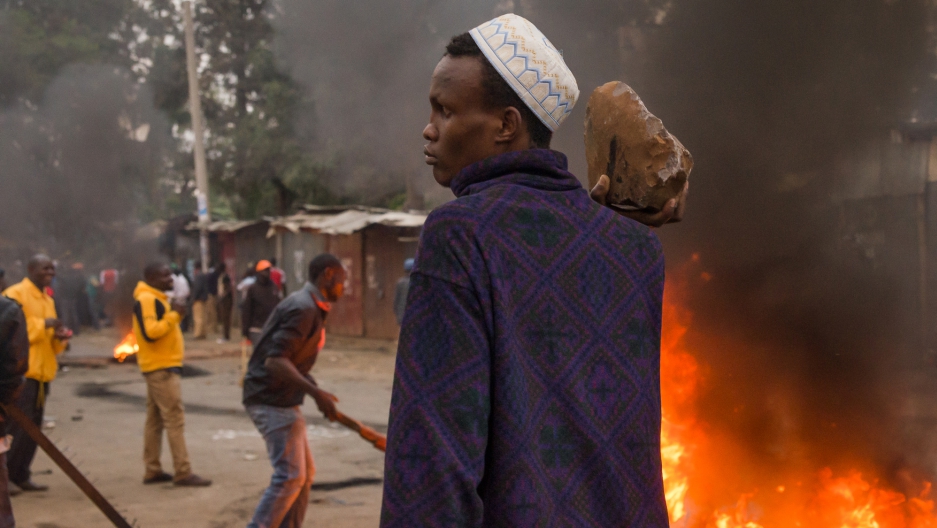 A man holds a large stone during a protest in Nairobi, Kenya.

Violent demonstrations erupted across Nairobi Wednesday afternoon, just one day after Kenyans elected their next president.

Elections officials have yet to announce an official winner of the contentious race — a delay that has added to suspicions of voting rigging and instigated protests around the East African nation. Unofficial results, however, point to a decisive victory for Kenyatta.

Kenyan police teargassed protesters in the western region and shot dead two in in the capital Wednesday afternoon.

This is Odinga’s fourth and likely final attempt to take the presidency. In 2007, he ran and lost against Mwai Kibaki, setting off a fire of ethnically motivated killings that left as many as 1,500 people dead. Many feared similar violence after this election, though so far things have been more muted.

The stakes are high in Kibera, an informal settlement in Nairobi and opposition party stronghold. There, accusations of vote rigging and election fraud are common, leaving the large population of unemployed, young men angry at the seemingly skewed political process.

For them, this is not just another election. It is a continuation of injustice and marginalization by tribal identity.

They say they have nothing else to lose. “It is our time to eat,” they said. 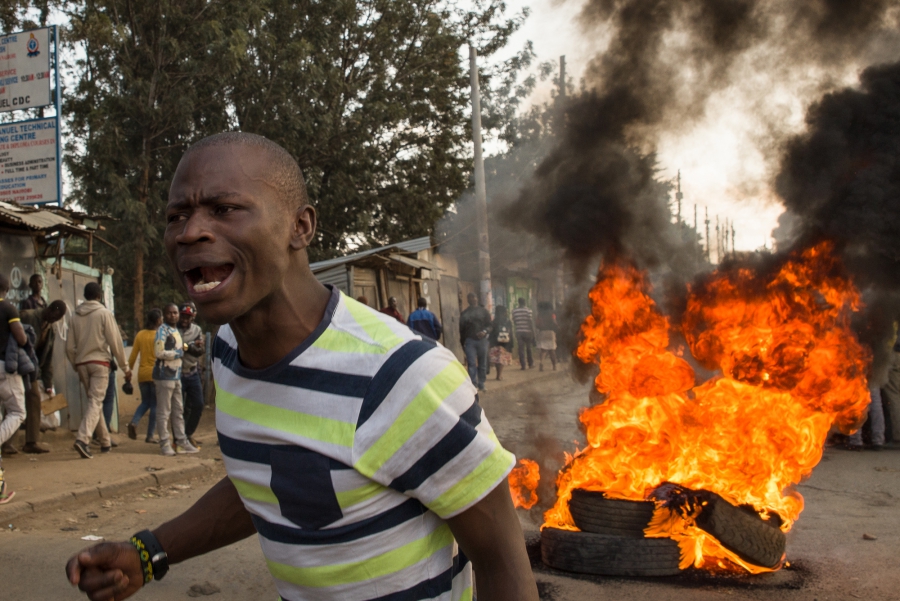 “Uhuru must go!” yells a demonstrator in Kibera, an informal settlement in Nairobi, Kenya. The man blamed current President Uhuru Kenyatta for the lack of jobs and widespread poverty in the area, and demanded that the President step down from office.
Credit: 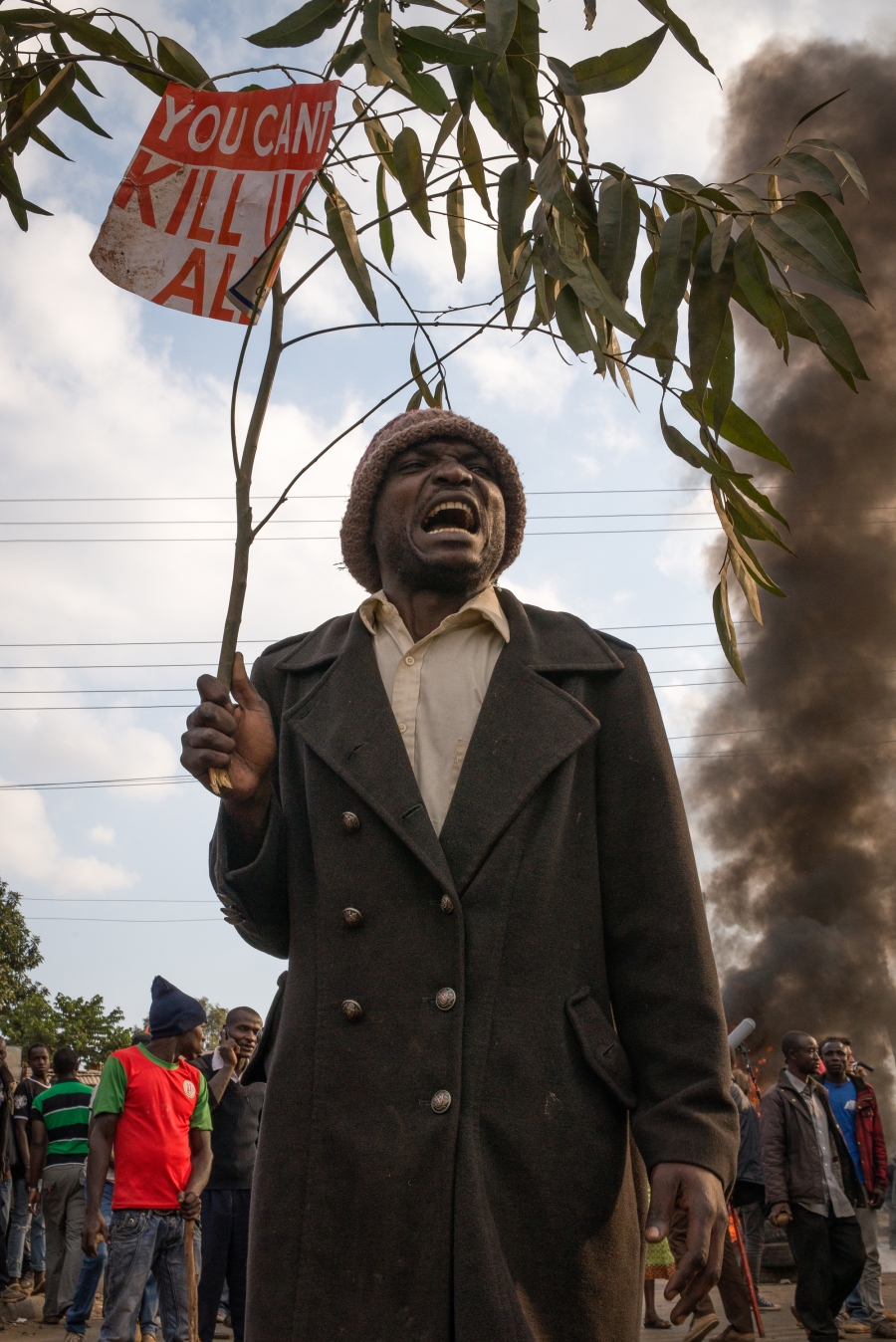 A man holds a sign that reads “you can’t kill us all” during a protest in an informal settlement in Nairobi, Kenya. Protesters were demanding that current President Uhuru Kenyatta concede to presidential candidate Raila Odinga of the opposition party. 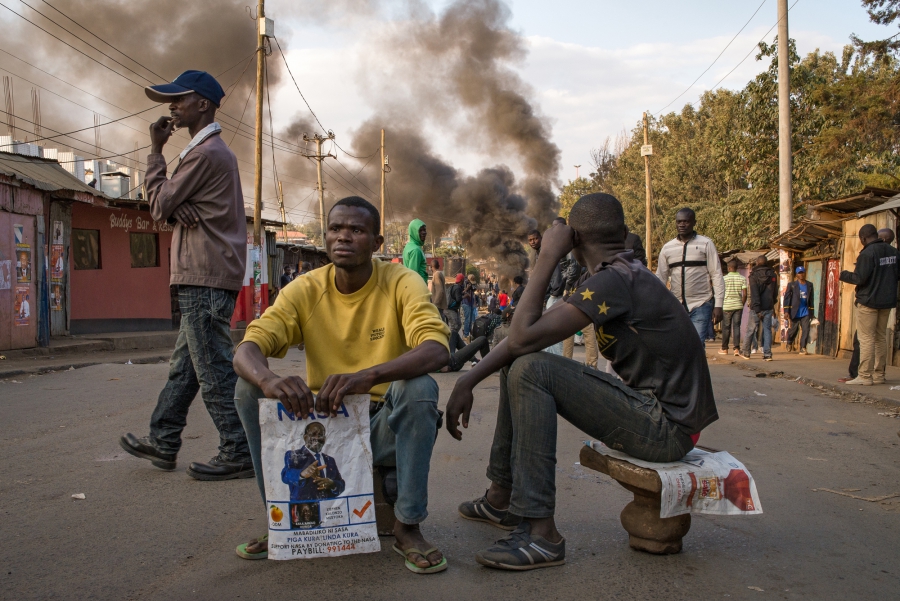 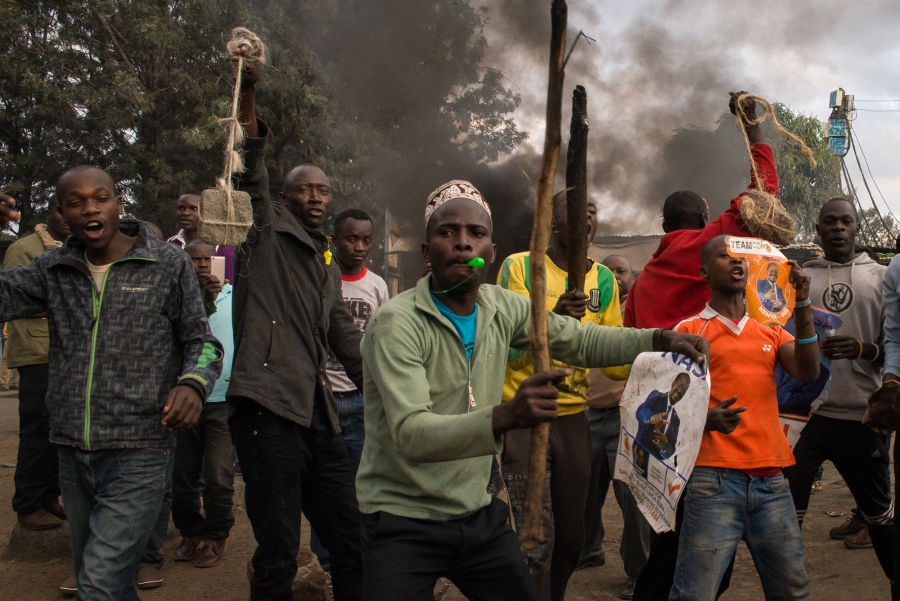 Men arm themselves with stones and clubs before clashing with residents in Kibera, an informal settlement in Nairobi, Kenya. The men supported presidential candidate Raila Odinga of the National Super Alliance over current President Uhuru Kenyatta. 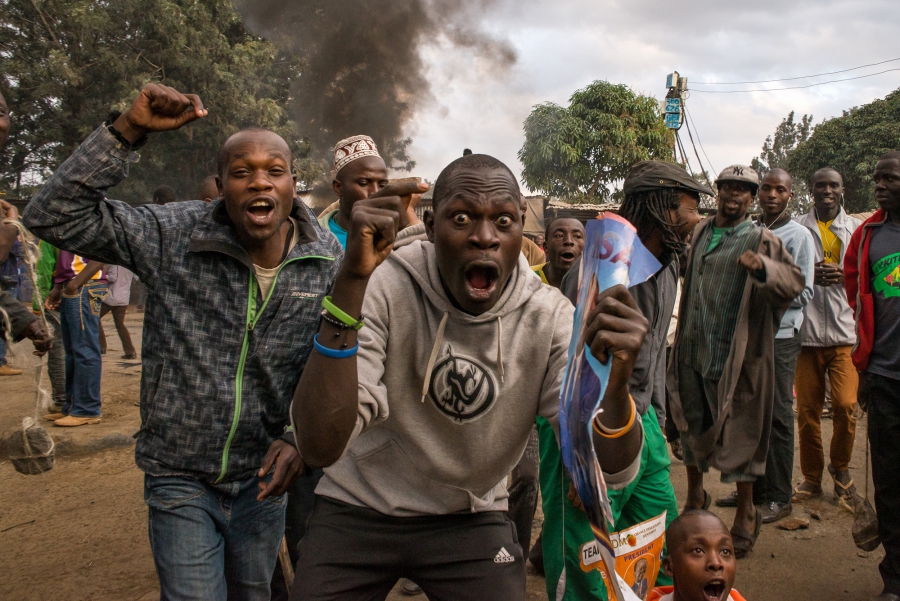 Men yell “Uhuru must go!” during a demonstration in Kibera, an informal settlement of Nairobi, Kenya. Many of the residents support Raila Odinga of the National Super Alliance over current President Uhuru Kenyatta. 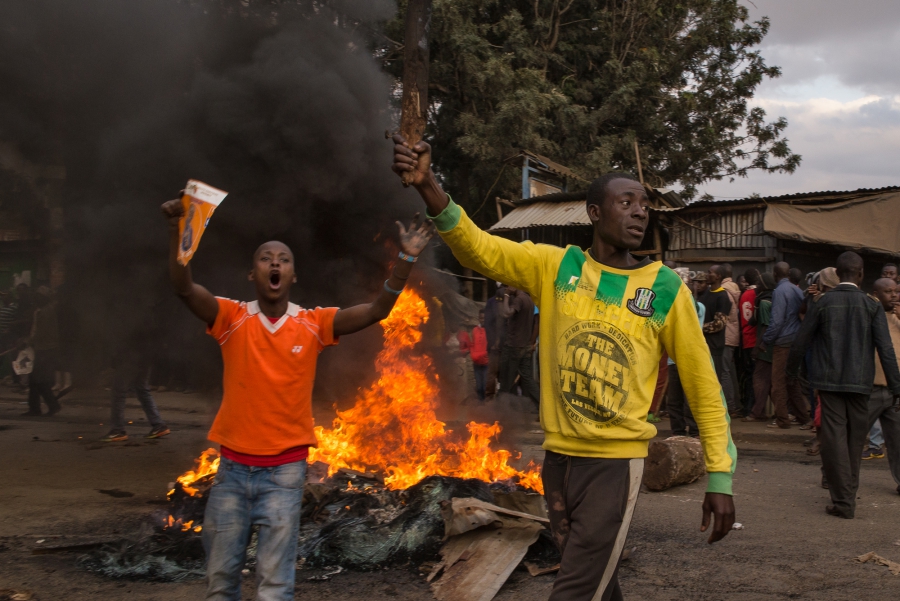 Men holding stones demand current President Uhuru Kenyatta step down from office. The demonstration came one day after Kenyans went to the polls to elect their next president. 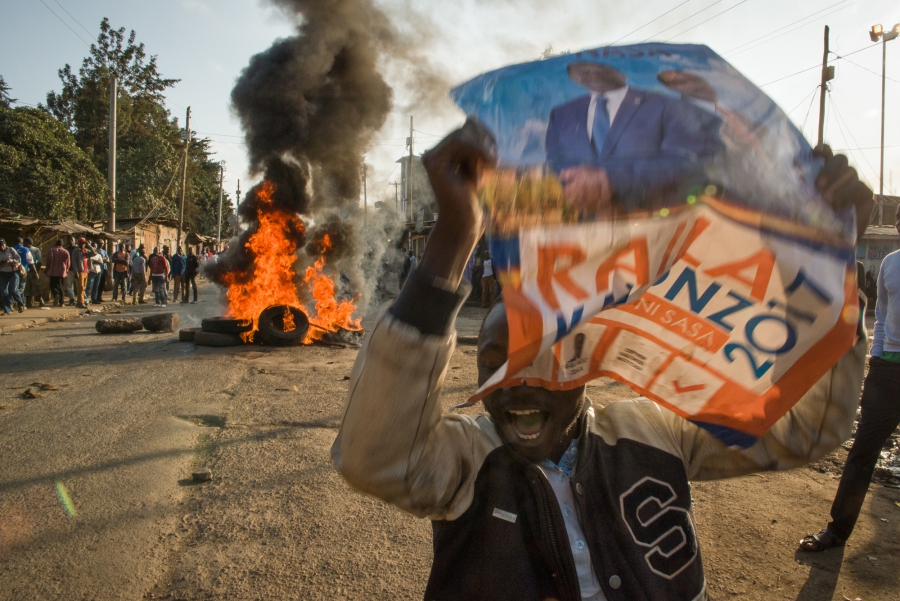