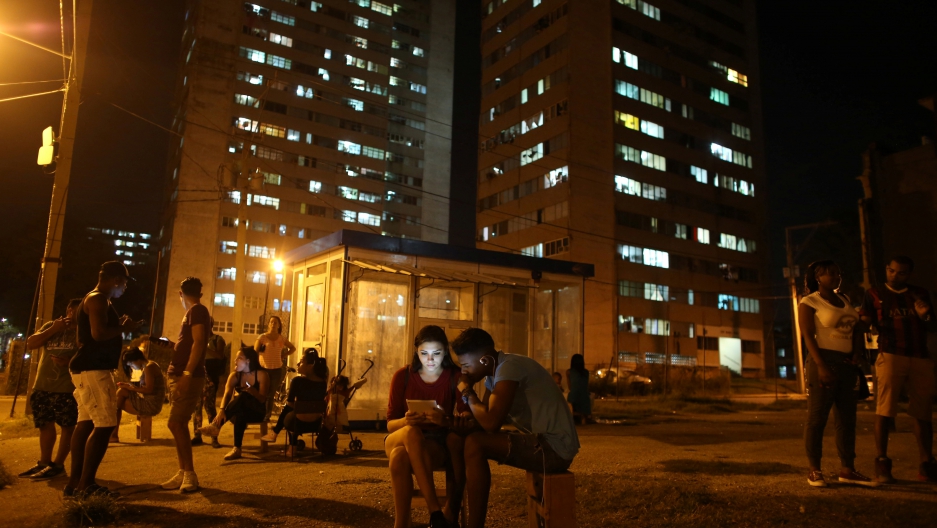 Since 2014, the government has opened hundreds of public Wi-Fi hot spots for Cubans and tourists who visit the island. But for many Cubans, the costs to get online are too high. And when they do, many find the connection speeds too slow.

That's why some Cubans are creating workarounds to get online.

The World’s Marco Werman interviewed Antonio García Martínez, who reported on these workarounds for Wired. The "hacks" include el paquete semanal (“the weekly package”).

“Every week, more than a terabyte of data is packaged into external hard drives known as el paquete semanal ('the weekly package'). It is the internet distilled down to its purest, most consumable, and least interactive form: its content. This collection of video, song, photo, and text files from the outside world is cobbled together by various media smugglers known as paqueteros, and it travels around the island from person to person, percolating quickly from Havana to the furthest reaches in less than a day and constituting what would be known in techie lingo as a sneaker­net: a network that transmits data via shoe rubber, bus, horseback, or anything else.”

Cuban gamers also created the SNET network — short for "street network," according to the Wired report.

“Named SNET, short for street network, it is a homebrewed intranet stretching across the capital and parts of the provinces that reproduces much of the consumer internet we know in the free world. With no fast, affordable access to Facebook, Instagram, or online audio streaming, the Cubans have simply created their own versions of these sites and services internally in a wholly separate network, and they are quickly rushing into the same minefield of acceptable-use policies, cyberbullying, pornography filtering, memes, and general online mayhem that Americans have been suffering for years.”

You can read Antonio García Martínez's piece here or listen to the interview by clicking the "play" button above.