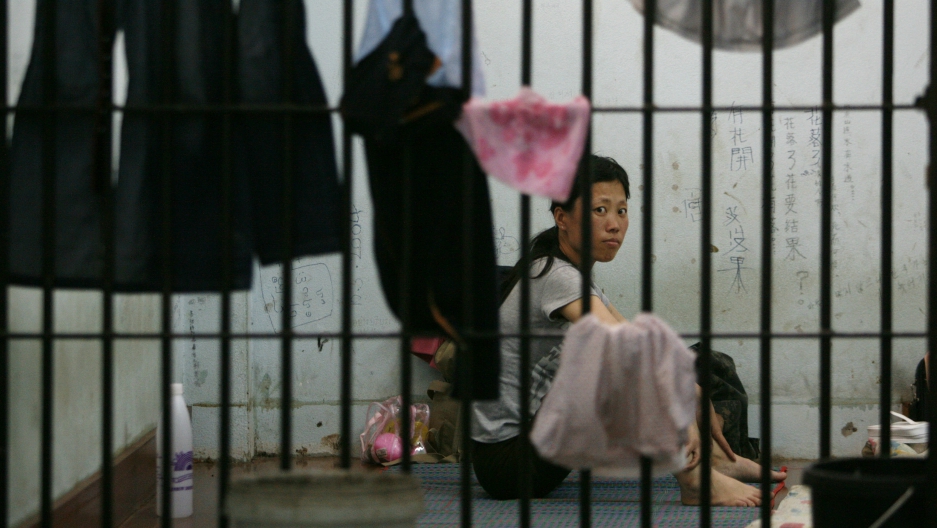 A defector from North Korea hoping to reach South Korea via Thailand sits in her cell at the Chiang Saen police station in Thailand after she and four other North Korean women were arrested on the Thai-Lao border. This photo was taken May 9, 2007.

At a glance, Thailand seems an unlikely destination for North Koreans seeking to defect from their abusive state.

For starters, the two nations are separated by about 3,000 miles. Most of that distance is consumed by China, which tends to scoop up intruding North Korean refugees and ship them back home, where they face grim retaliation in gulags.

Yet each year, hundreds and sometimes thousands of North Koreans make this grueling overland journey from their frigid homeland to the tropics of Southeast Asia.

Despite its distance, Thailand is actually one of the closest reachable nations where North Koreans can reasonably expect that the government will deliver them to South Korean officials. That is the goal: defecting to South Korea, their estranged and far more prosperous sibling nation.

“When they first get out of North Korea, they look really shabby and skinny. We usually make them stay at a church member’s house [in China] for a month, just to eat.”

This North Korea-to-Thailand route is now seeing what Reuters calls a “surge” in new travelers. According to the news agency, 385 North Koreans were processed as unauthorized entrants in the first six months of 2017.

At this rate, Thailand could expect to receive 700 or 800 by the year’s end. That would signal a remarkable uptick over last year’s 500 or so North Korean arrivals in Thailand.

The reasons for this surge are unclear. But all of those who undertake this journey are desperate almost by definition. Many trials await them, especially during the overland route to China.

These journeys are typically managed by either rogue people smugglers, who charge several thousand dollars, or secretive Christian networks operating out of Seoul. This route is known as the “underground railroad” among Christian smugglers.

The clandestine leader of one of these Christian networks previously told PRI that “when [the defectors] first get out of North Korea, they look really shabby and skinny. We usually make them stay at a church member’s house [in China] for a month, just to eat.”

That’s how long it takes to put substantial meat on their bones. Painfully thin North Koreans, he said, are easily spotted by China’s surveillance network.

The Christian smugglers are often confronted with refugees who find China’s landscape to be fantastically modern — often jarringly so. One defector told PRI that he’d never eaten pork until he arrived at a Chinese safe house. He also recalled his protectors feeding him cake on his birthday.

To the defector, cake was another oddity — sweet, spongy and somewhat repellent.

Eventually, the refugees have to evade the eye of China’s officialdom as they travel on public trains and buses down to the border of Laos, a small communist nation in thrall to China.

Via trekking, river boats or more buses, the defectors must push through Laos to reach the Mekong River, which marks the border with Thailand.

There, they can find the nearest police officer and ask to be arrested. South Korea will typically negotiate their release, fly them to Seoul, debrief and interrogate them and, finally, release the weary refugees into society.